A flock of dunlins takes wing and skims over the inlet. The shorebirds turn in unison, and hundreds of small white underbellies flash as one. For several minutes, the flock rises and dips and wheels, a single fluid shape that flicks from dusky brown to brilliant white against the dark shoreline. It is a breathtaking display of synchronized aerobatics that few people could witness without feeling awe and joy. This is the response that biologist Erin Cooper aims to capture in the Shorebird Journal project: “Scientists can record the birds’ numbers and describe their movement patterns,” she says, “but it takes art to evoke the experience.”

The Shorebird Journal is a traveling art journal that artists and scientists working in some of the world’s most important shorebird habitats can use to record their impressions. Cooper, who works with the US Forest Service in Alaska’s Copper River Delta, launched the project as a way to mesh different disciplines in international shorebird conservation. “Science is about observation,” she maintains, “and so is art. They work together.”

From its debut at the Copper River Delta Shorebird Festival in 2014, the journal has been passed carefully, from hand to hand, among trusted artists and scientists from Alaska to Mexico to Tierra del Fuego. In each location, selected individuals fill about 10 pages with artwork, poetry, or field notes. The images are also shared online through the project’s Facebook page.

Cooper’s fascination for the extraordinary life history of migratory shorebirds—birds that travel thousands of kilometers each year and congregate by the millions in just a handful of staging grounds to feed and rest along the way—is tempered by concern. It is difficult to design conservation strategies for species that travel across many different ecosystems and habitats, each posing different threats. With the Shorebird Journal project, Cooper aims to transform distance and diversity into opportunities: “As shorebird biologists, we are all so far apart. But we are also all connected by these birds. When we build on those connections, we make our work stronger.”

Unlike the shorebirds, the journal is not following a preset route, but rather travels to new locations as opportunities arise. Cooper’s original aim was to have the completed journal return to the Copper River Delta for its annual shorebird festival in 2015. Then, the one-year project became a two-year project, targeting the 2016 festival. Now, that too seems ambitious, but Cooper is not concerned about the delay. “This is really a people project,” she says. “It’s about connecting people to these places, touching their emotions, making them care. If that takes a little flexibility, I’m okay with that.” 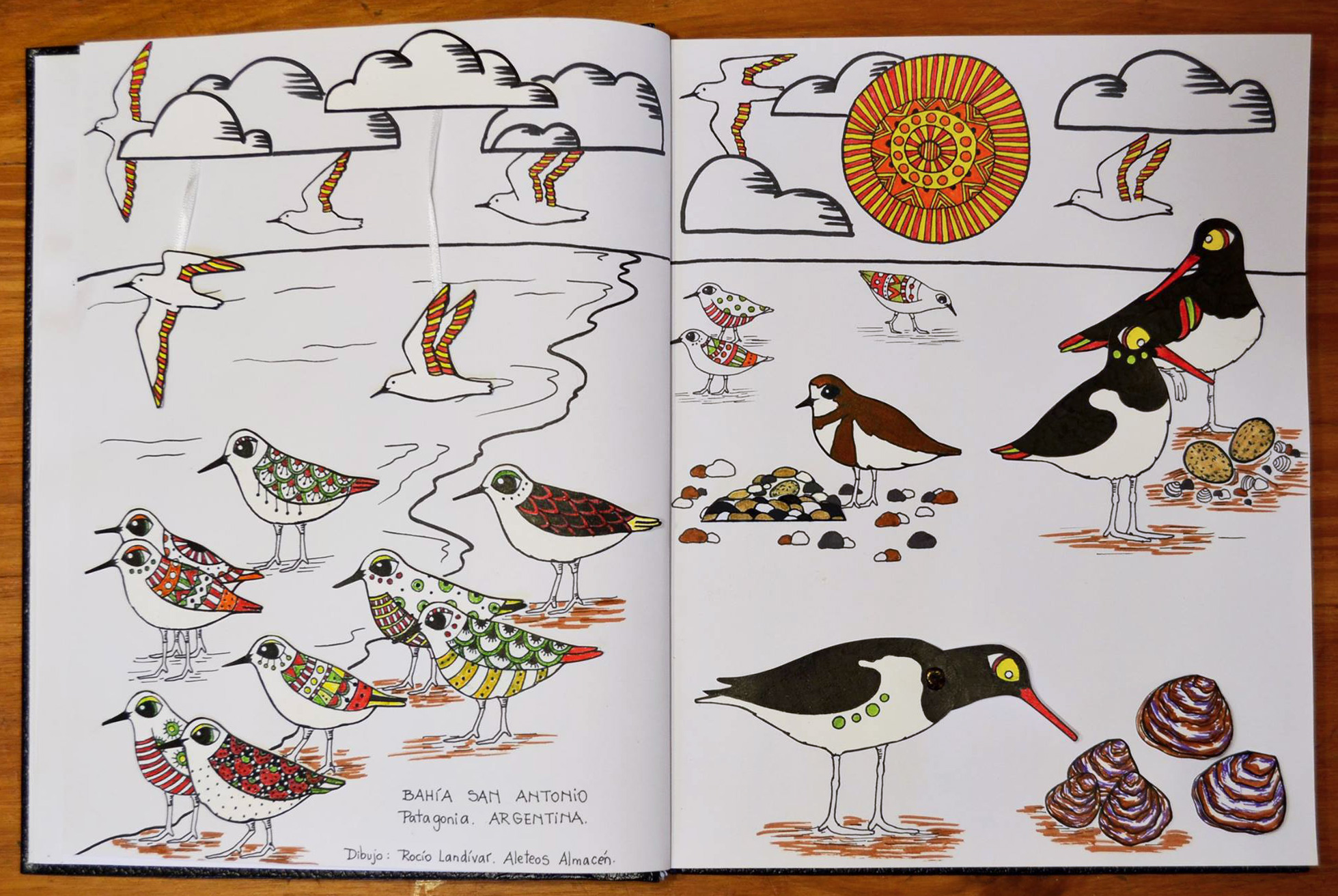