In the Pacific Island nation of Kiribati, warriors looked to their surroundings for their armor and weaponry. This helmet is made from the skin of a porcupinefish and the armor from woven coconut fiber. Photo: Gift of Prof. Alexander Emanuel Agassiz (c) President and Fellows of Harvard College, Peabody Museum of Archaeology and Ethnology, PM# 00-8-70/55612 (digital file# 99250026)

With 33 tiny islands scattered across 3.5 million kilometers of equatorial ocean, land is precious in the central Pacific nation of Kiribati (pronounced Kiri-bas). “It’s our riches,” says Kaetaeta Watson, a 69-year-old artist and retired teacher who grew up on an outer island in Kiribati, about 6,000 kilometers northeast of Australia. “We have few resources except our land.” 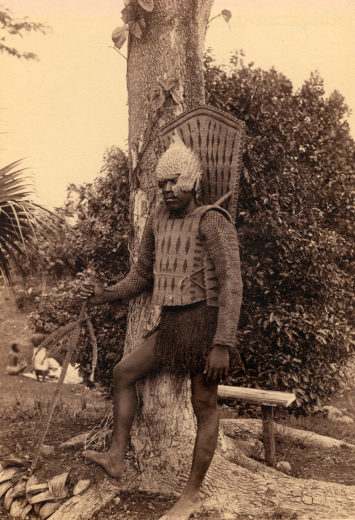 The photo of this Kiribati warrior in full armor and with a weapon made of shark’s teeth, was taken in the 1890s. Photo courtesy of the Peabody Museum of Archaeology and Ethnology, Harvard University, PM# 2004.29.23668 (digital file# 99040082)

For millennia, a Kiribati family’s wealth was measured by both that land and their ability to wring clothing, food, and shelter from it. But given the scarcity of terra firma in Kiribati—and the power it conveyed—families and individuals frequently sparred over territory. Kiribati men were famed for their fierceness, and when it came time for battle, they dressed the part, in head-to-toe armor made from coconut fiber and stingray skin. Their weapons were wooden swords lined with sharks’ teeth.

The crown jewel of Kiribati armor, though, was a spiky helmet made from the porcupinefish. A member of the blowfish family, a porcupinefish looks like an adorable big-eyed cartoon character—until it’s threatened. Then, it sucks water into a cavity between its body and skin and inflates to several times its normal size, stiffening the spines that usually lie flat.

Porcupinefish helmets, known as te barantauti, were made by capturing one of these agitated, puffed-up porcupinefish, peeling the skin away from the body, and drying it. The spiny skin that remained was reinforced with coconut-fiber padding and fashioned into a brittle helmet. Though the helmets offered little in the way of actual protection, they instantly made their wearers appear bigger, taller, and more formidable. 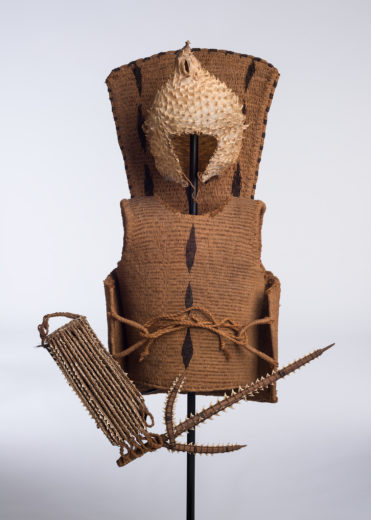 For Kiribati warriors, this intimidation was more important than protection from death. That’s because in traditional Kiribati culture, a person who took someone’s life—even in a fair fight—paid with their most prized resource: their land. So instead of going for the kill, warriors sought to wound and humiliate their enemy. Fish-skin and coconut-fiber offered just the right amount of protection.

But Kaetaeta never encountered porcupinefish helmets as a child. As Christianity spread through the islands toward the end of the 19th century, warfare fell out of favor and traditional armor disappeared. It wasn’t until she moved to New Zealand as an adult that Kaetaeta first encountered te barantauti. There, in a temperature-controlled vault at the Auckland Museum, she brushed her fingers over a porcupinefish helmet’s prickly surface—a symbol of her people’s reliance on their islands, and a painful reminder that those islands are now being threatened by rising oceans. 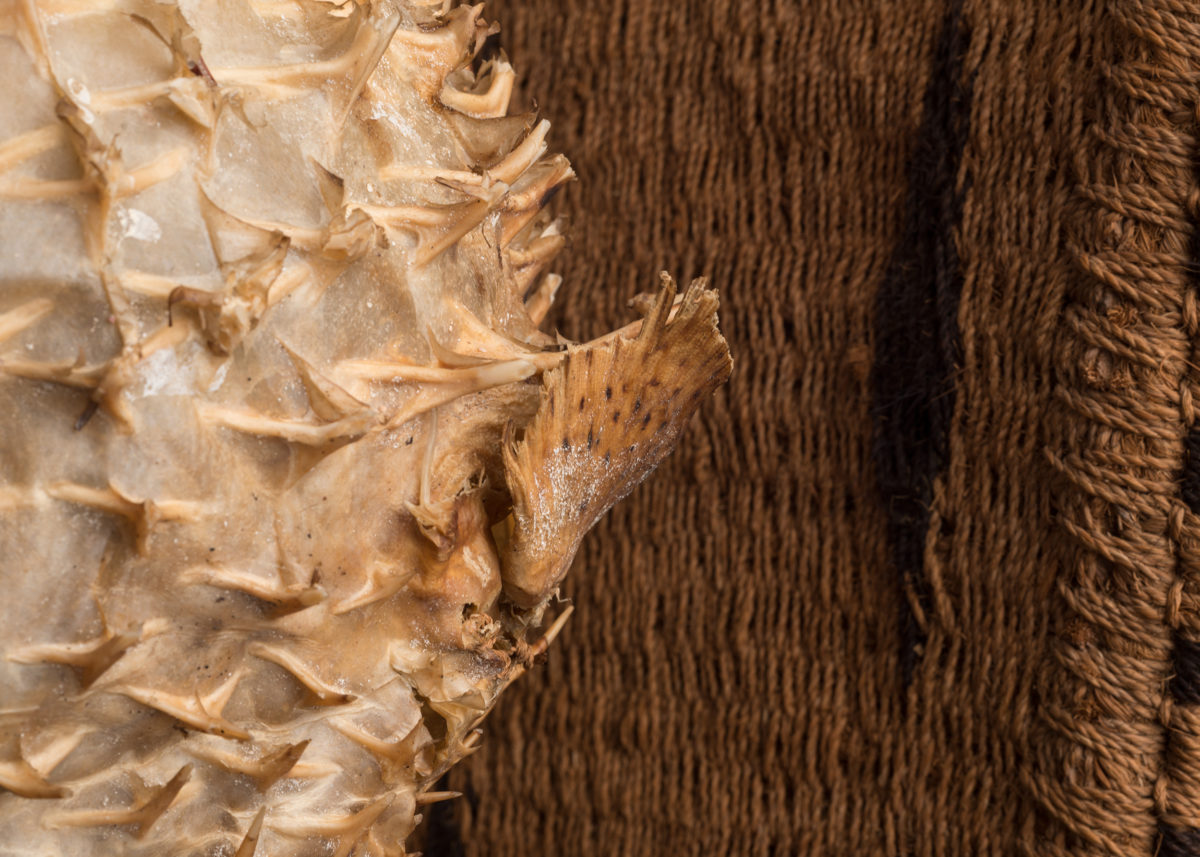