Like most organizations and businesses, Hakai Magazine has been operating remotely for the past couple of months. Remote working means countless meetings and discussions by video conference, and we suspect we’re not alone in finding the virtual background feature in Zoom a source of entertainment and discussion (and a great way to hide our messy makeshift workspaces). To add a little levity in challenging times, we thought we’d share some images from our archives for you to use in your own meetings. Right click on the images and select “save as” to download. 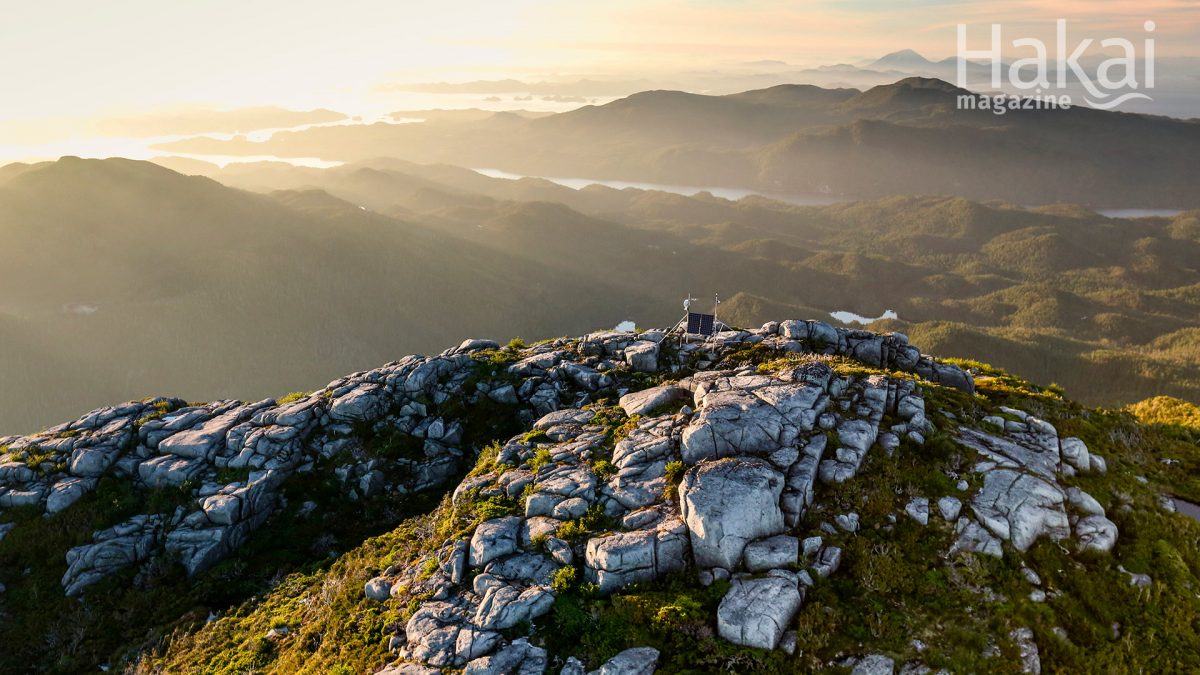 The last rays of the day illuminate a communications node near the summit of Mount Buxton, the highest peak on British Columbia’s central coast. Photo by Grant Callegari 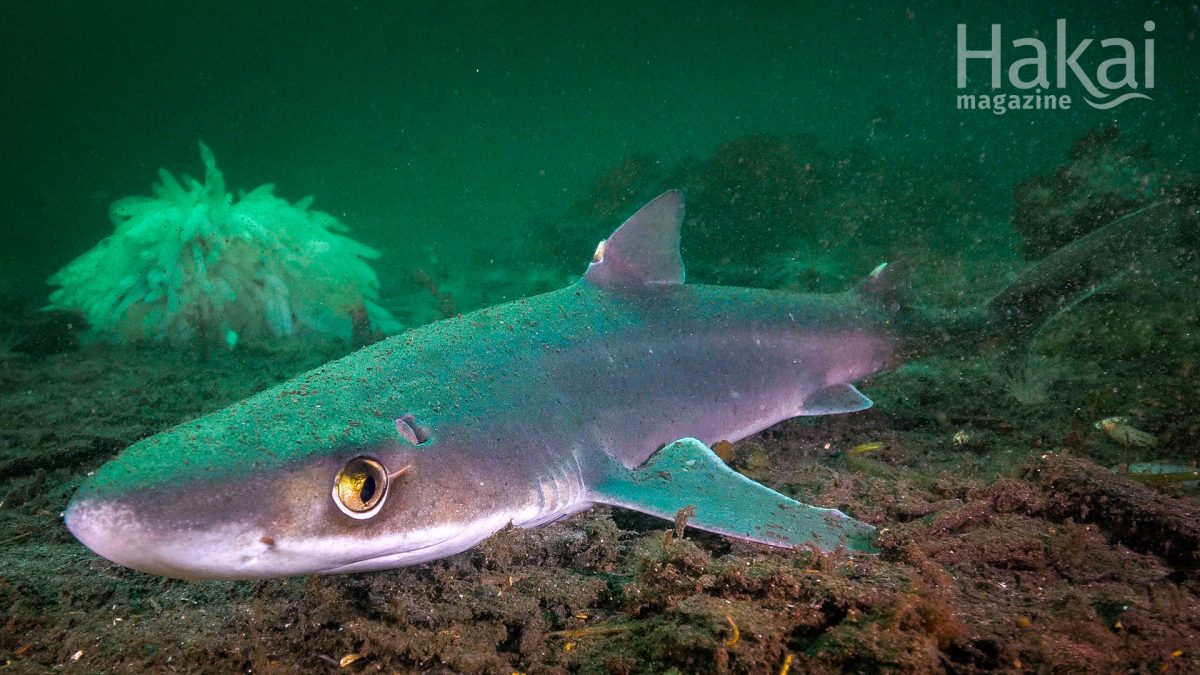 A dogfish, a type of small shark, swims by a cluster of squid eggs on British Columbia’s central coast. Photo by Grant Callegari 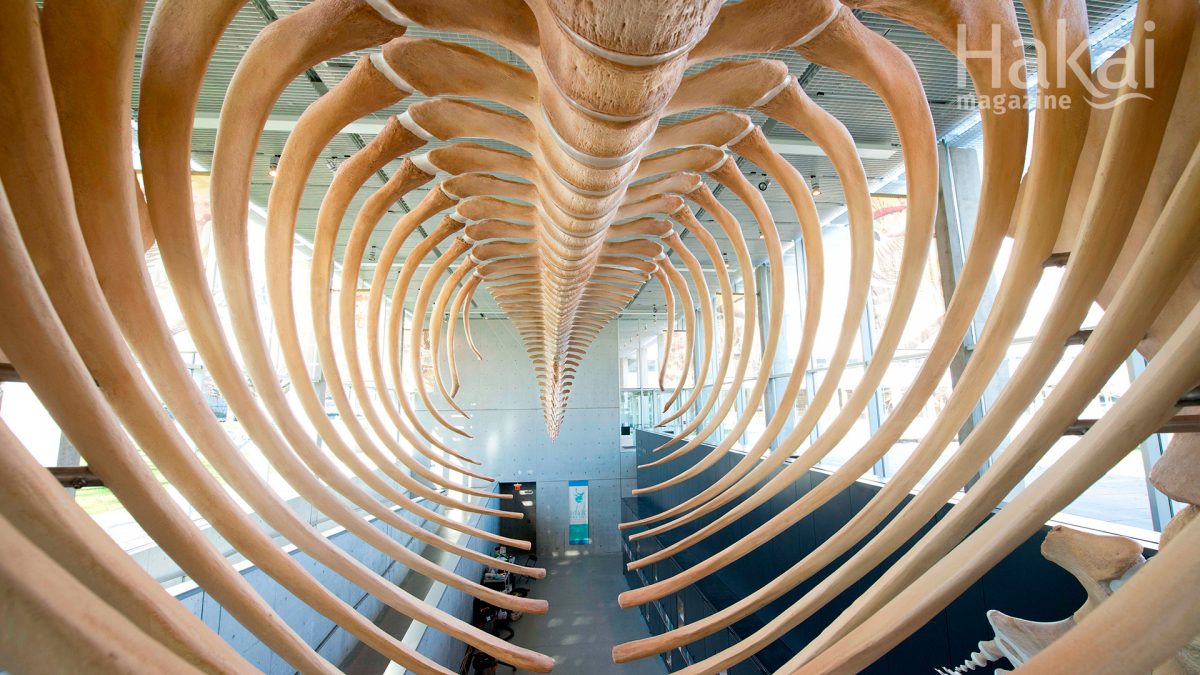 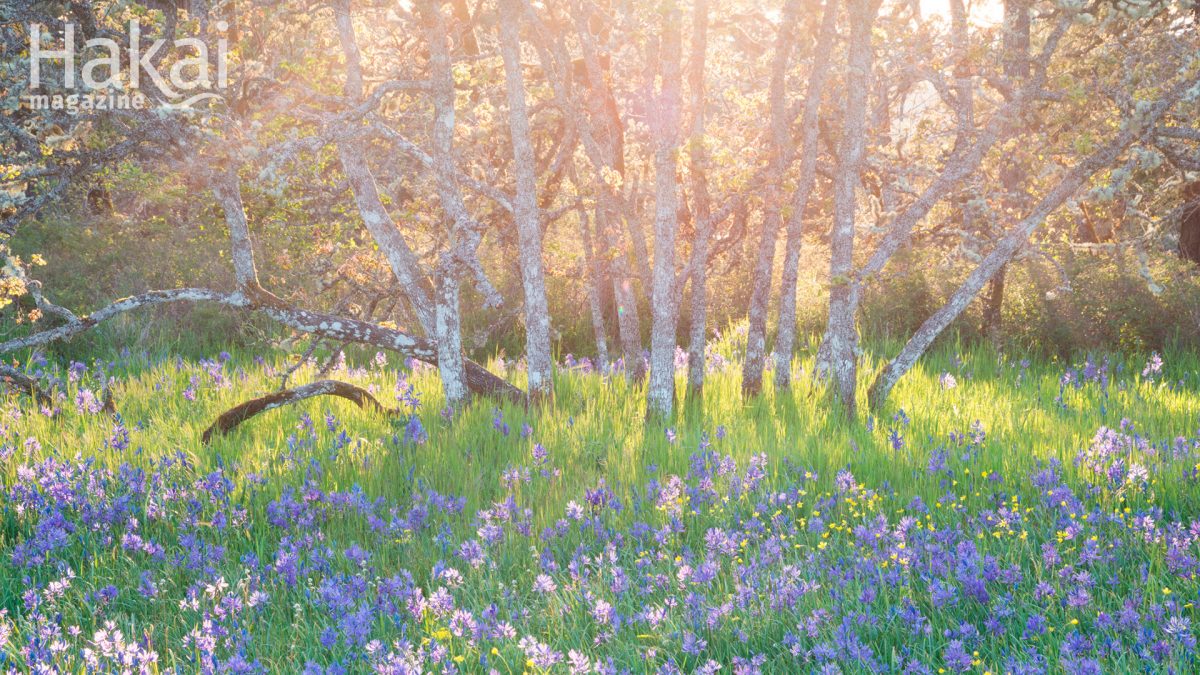 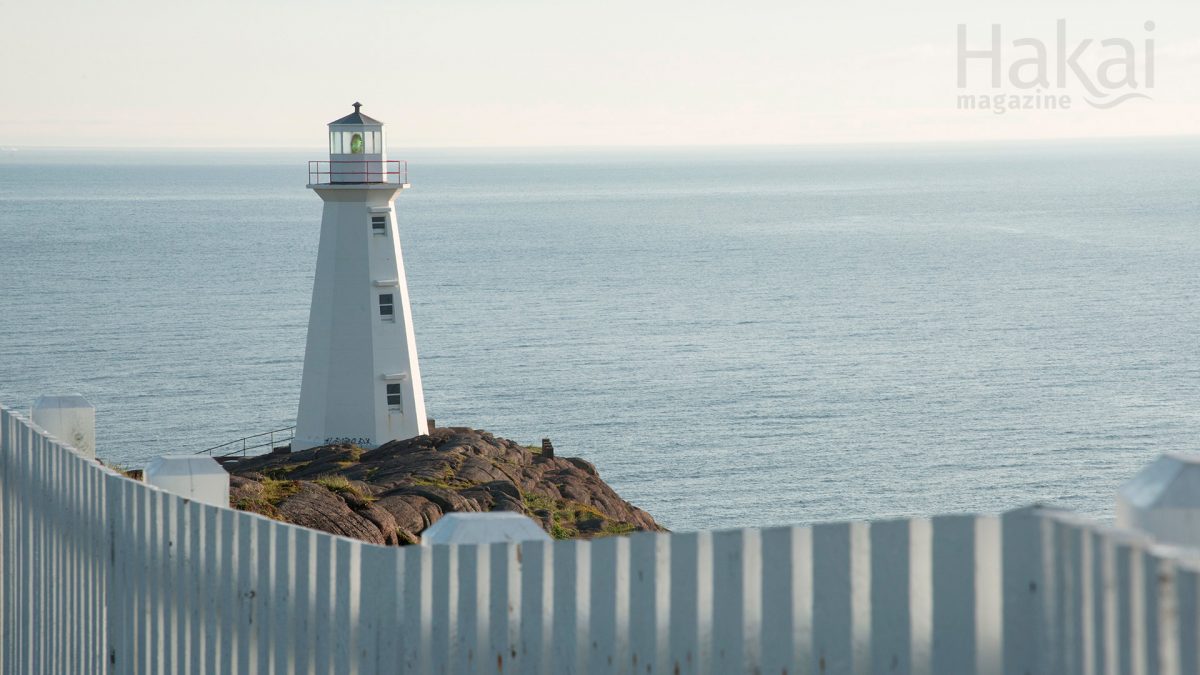 One of the Hakai Magazine editors had the opportunity to spend two weeks aboard the icebreaker Polar Prince as a participant in the Canada C3 expedition, a 150-day journey to commemorate the 150th anniversary of Canada’s confederation. This photo was taken at the Cape Spear Lighthouse National Historic Site outside St. John’s, Newfoundland and Labrador. Photo by Shanna Baker 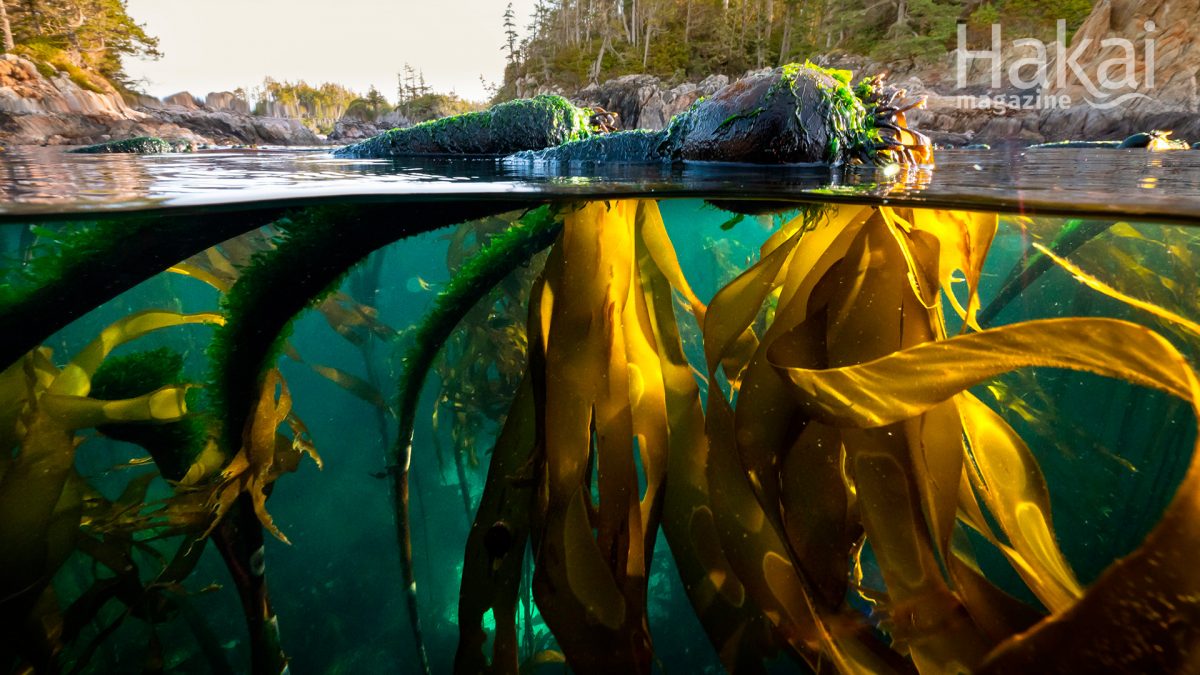 This bull kelp, an annual algae, releases its spores—seen here in the dark patches on the fronds—as a final act before it is knocked free by a winter storm. Photo by Grant Callegari 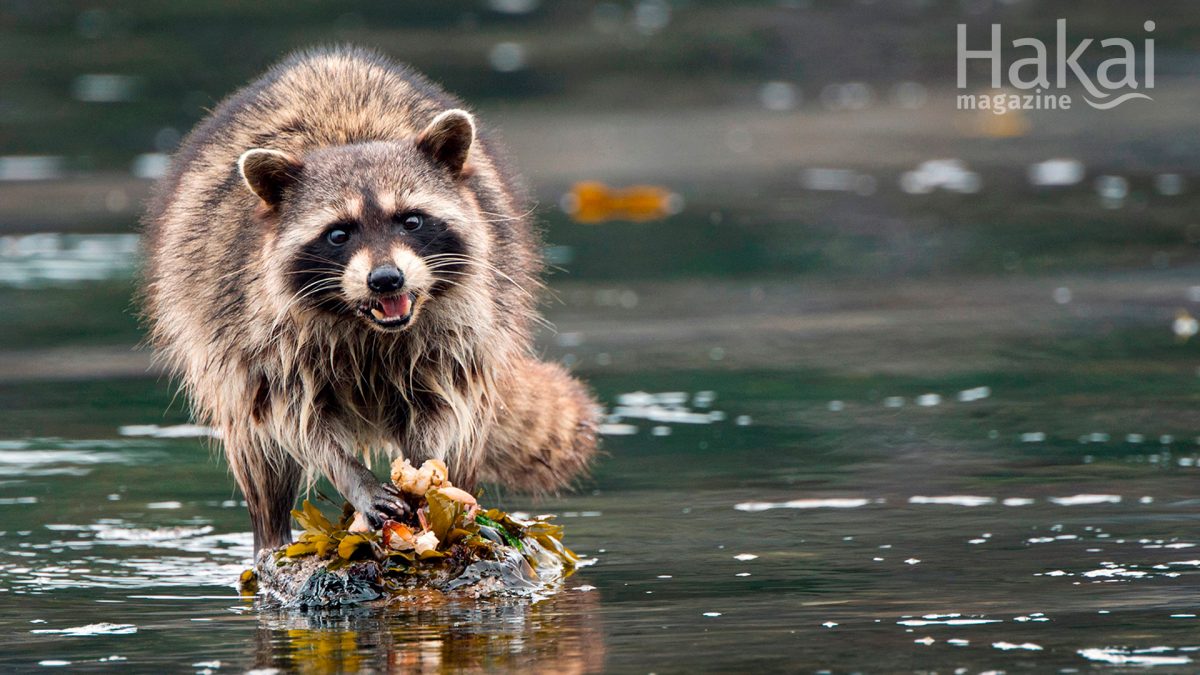 Raccoon forages in the intertidal

This raccoon brazenly forages in the intertidal during the day on Portland Island, British Columbia. A lack of predators means the raccoons on this island don’t need to rely on the cover of darkness. Photo by Shanna Baker 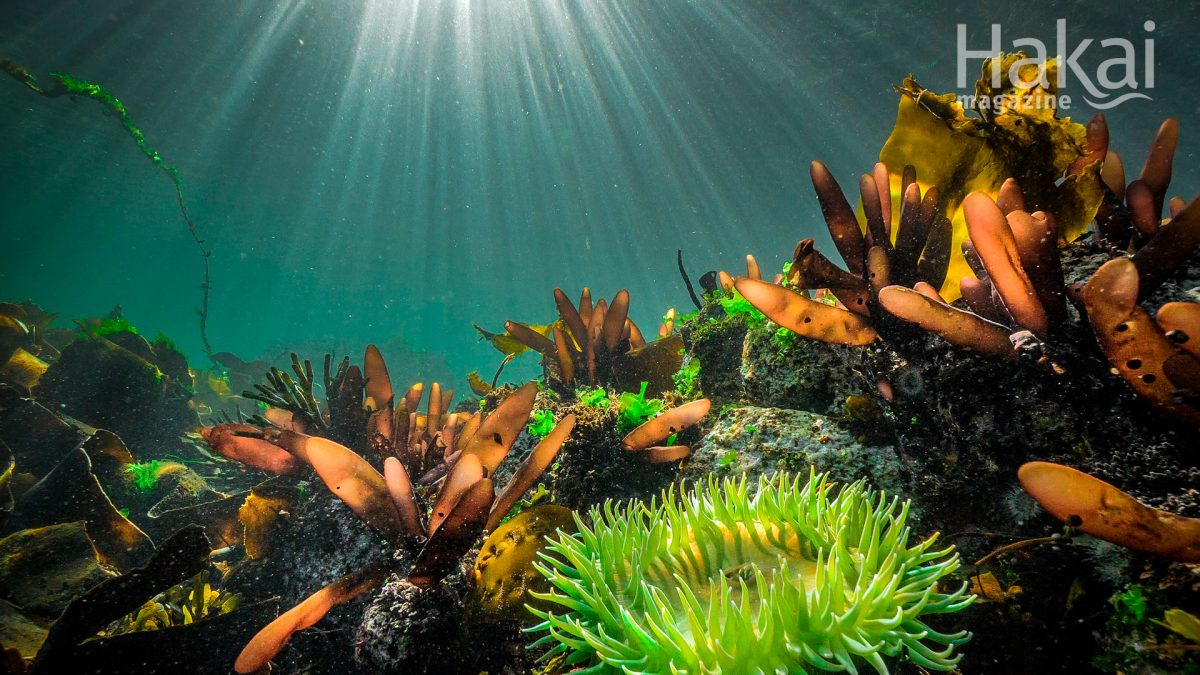 Algae in a wide variety of shapes and colors surround a giant green anemone. Photo by Grant Callegari 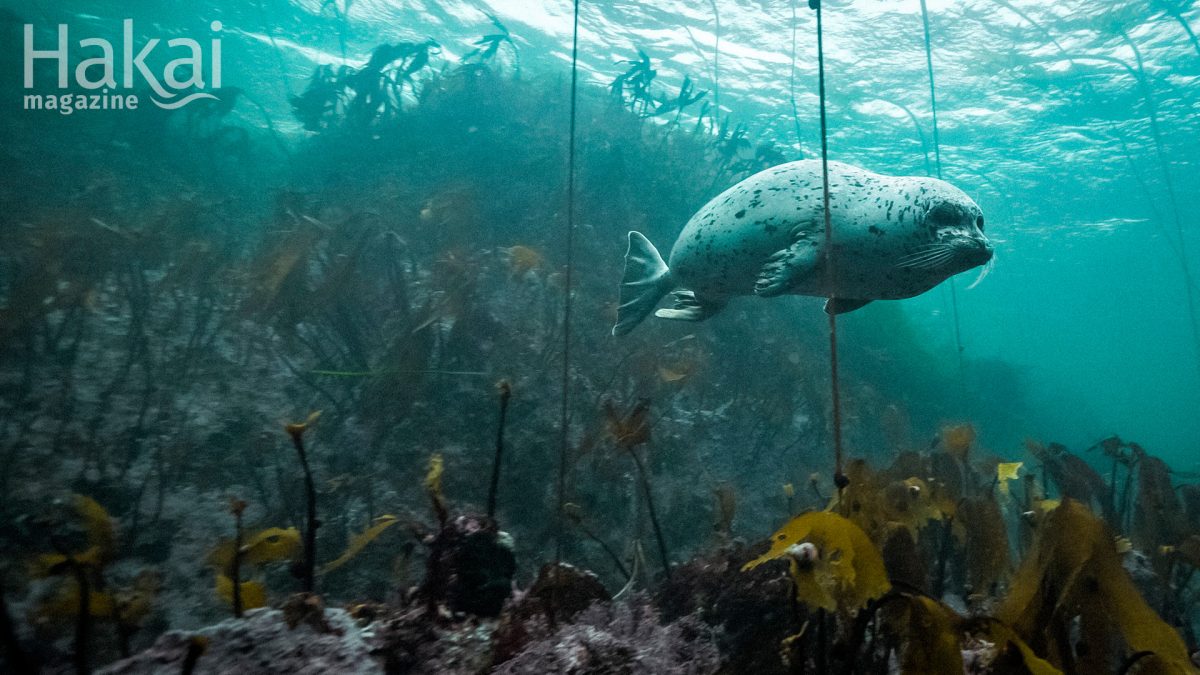 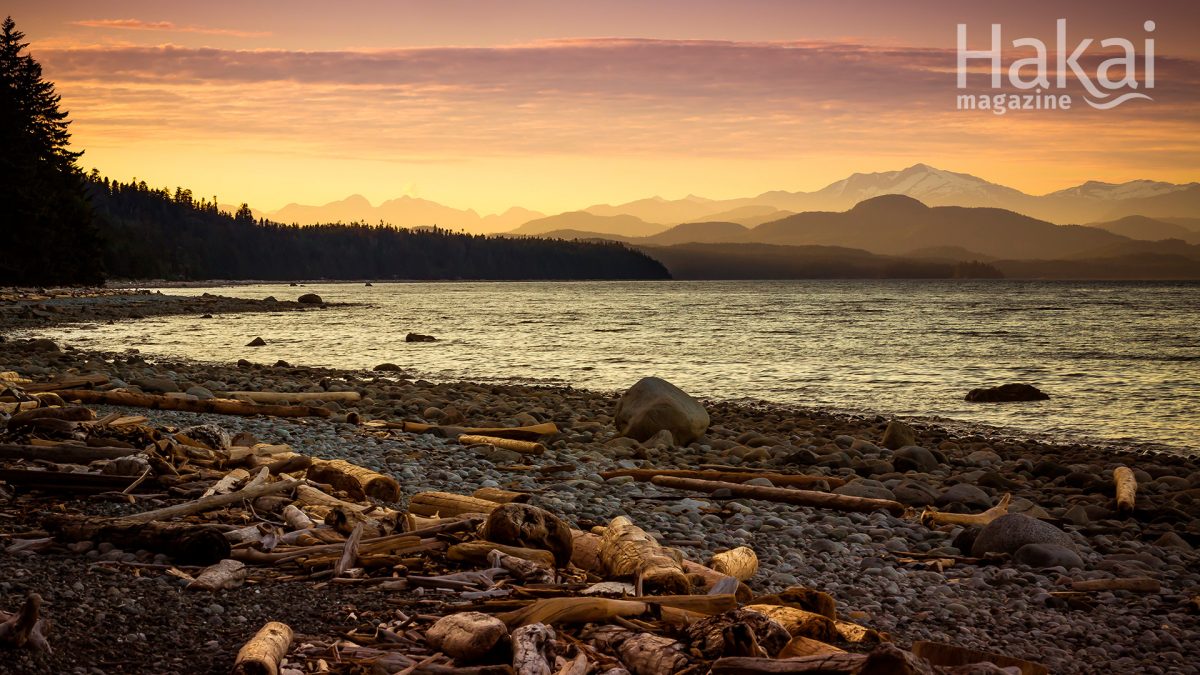 Driftwood logs soak up the last of the light at a beach at the southern tip of Quadra Island, British Columbia, looking north toward Rebecca Spit. Photo by Grant Callegari 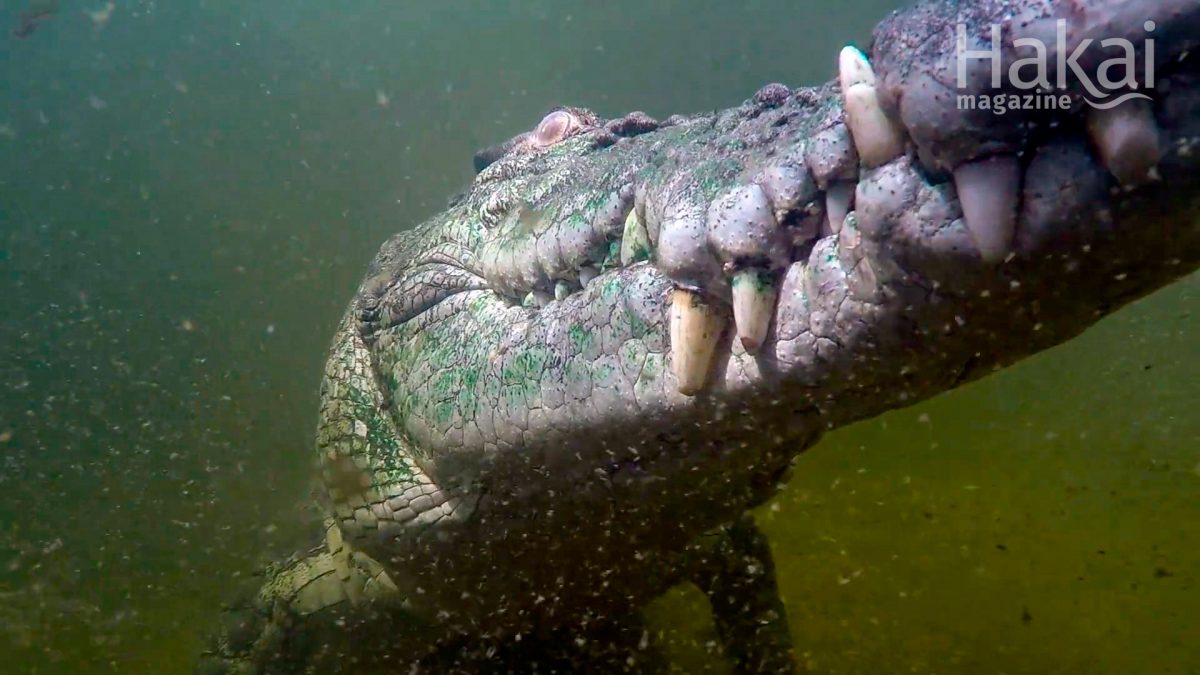 This captive saltwater crocodile, or saltie, is named Smaug. He lives in Australia’s Northern Territory and has an established acting career and his own Facebook page. Photo by Shanna Baker 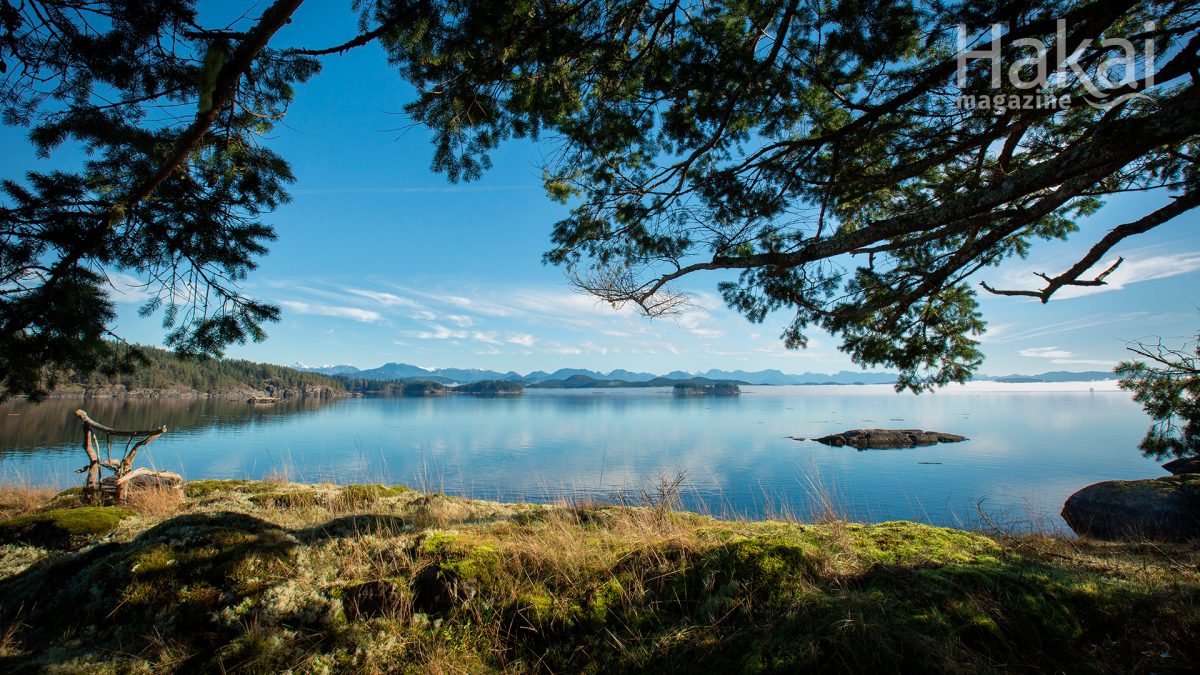 Looking out across Heriot Bay, Quadra Island, toward the coastal mountains on the British Columbia mainland. Photo by Grant Callegari 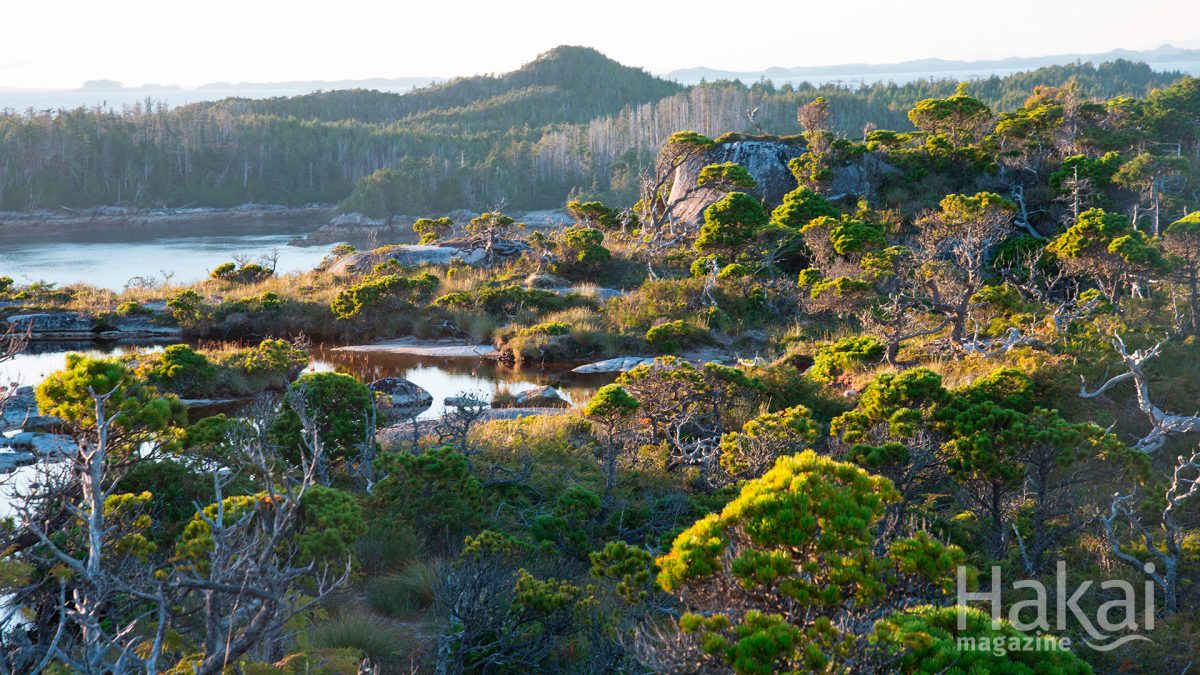