The girl’s name was Suudaahl. And around the year 1881, a Haida artist carved a remarkable portrait of her on the frontlet of this chiefly headdress. Suudaahl, who was also known later in life as Josephine Gladstone, was the daughter of a Haida chief in the community of Skidegate on Haida Gwaii, just off the north coast of British Columbia. She was 12 years of age when this frontlet was made. 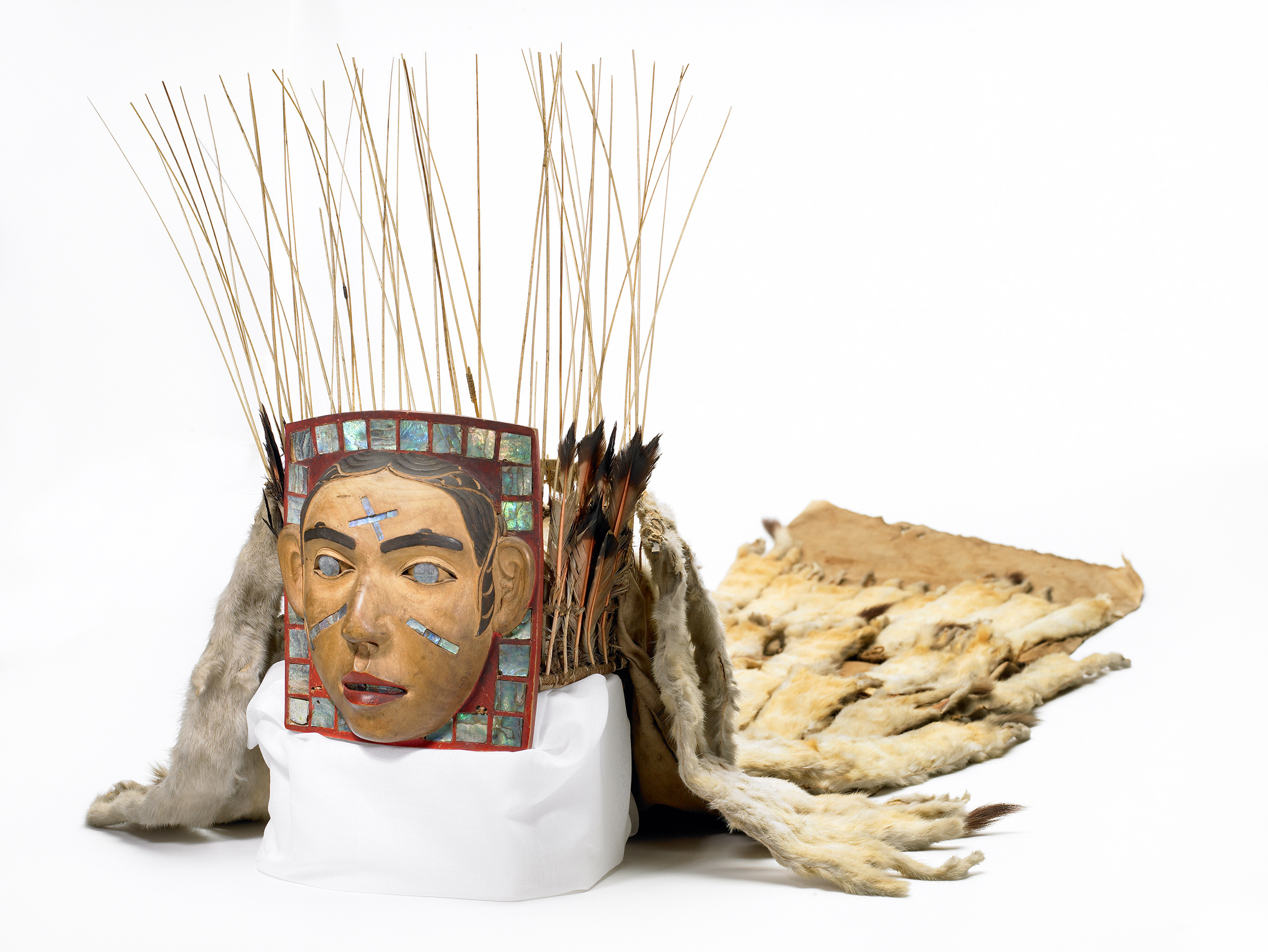 James G. Swan, the man who purchased this work of art in 1883 for what is now the National Museum of Natural History in Washington, DC, neglected to record the name of the carver. But the artist clearly had a talent for breaking new ground, as well as an eye for other art forms. Portraiture is rare in Haida headdresses, and Suudaahl’s hair is carved in a manner similar to that used by New England carvers for the figureheads of ships. “The hair is like waves of water, highly stylized,” observes George MacDonald, director emeritus at The Bill Reid Centre for Northwest Coast Art Studies in Burnaby, British Columbia.

The artist adorned Suudaahl’s face with thin strips of inlaid abalone shell. In times past, wealthy Haida nobles ornamented themselves with the pearly, richly-colored green shell obtained from what is now California, donning abalone earrings and even dabbing spruce pitch to bits of abalone so that they could wear them on their skin. Above Suudaahl’s portrait is a crown of sea lion whiskers. Behind is a long train of white ermine pelts that would have streamed down the wearer’s back.

Whoever wore this headdress did so at important ceremonial events, and the wearer probably placed soft white eagle or swan down inside it, so that tiny feathers would shake loose during a performance. It is possible, says Bryan Myles, manager of The Bill Reid Centre for Northwest Coast Art Studies, that the headdress was worn in a ceremony held in Suudaahl’s honor, “but that is pure speculation,” Myles adds.

Be that as it may, Suudaahl’s descendants still keep her memory alive today in Skidegate and they are intrigued by this headdress. Her great-great grandson, Walker Brown, is a Haida artist and he suspects that the unnamed carver was Suudaahl’s father, Chief Daniel Elljuuwas, known as the creator of a traditional raven rattle that’s also part of the National Museum of Natural History collections. “He definitely had the technical and design skills,” says Brown.

Suudaahl’s great-great granddaughter Nika Collinson, a curator at the Haida Gwaii Museum in Skidegate, is also impressed by the likeness of her ancestor. “The work,” she says, “is beautiful.”