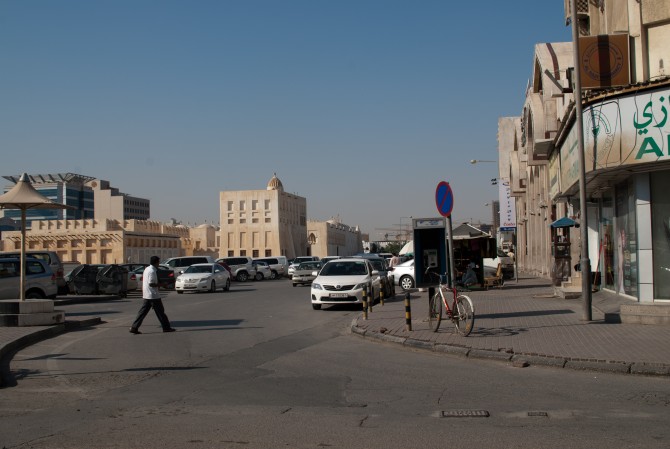 In the Neolithic, 10,000 years ago, this entire shore would have been underwater. At that time, the coastline was two meters higher. This wet period brought the first known occupation of Qatar and archaeologists occasionally find the dark brown rock tools of the people who took advantage of this brief climactic window—and the concurrent flourishing of life—to spread across Arabia. The sea lowered 6,000 years ago to present-day levels, starting the transition to the low-lying, rocky desert Qatar is today. People roamed for centuries, eventually settling in villages and small towns, like Doha, along the coast. They took advantage of the rich pearling beds between Qatar and Bahrain and developed architecture that provided reprieve from the desert’s heat and sandstorms. 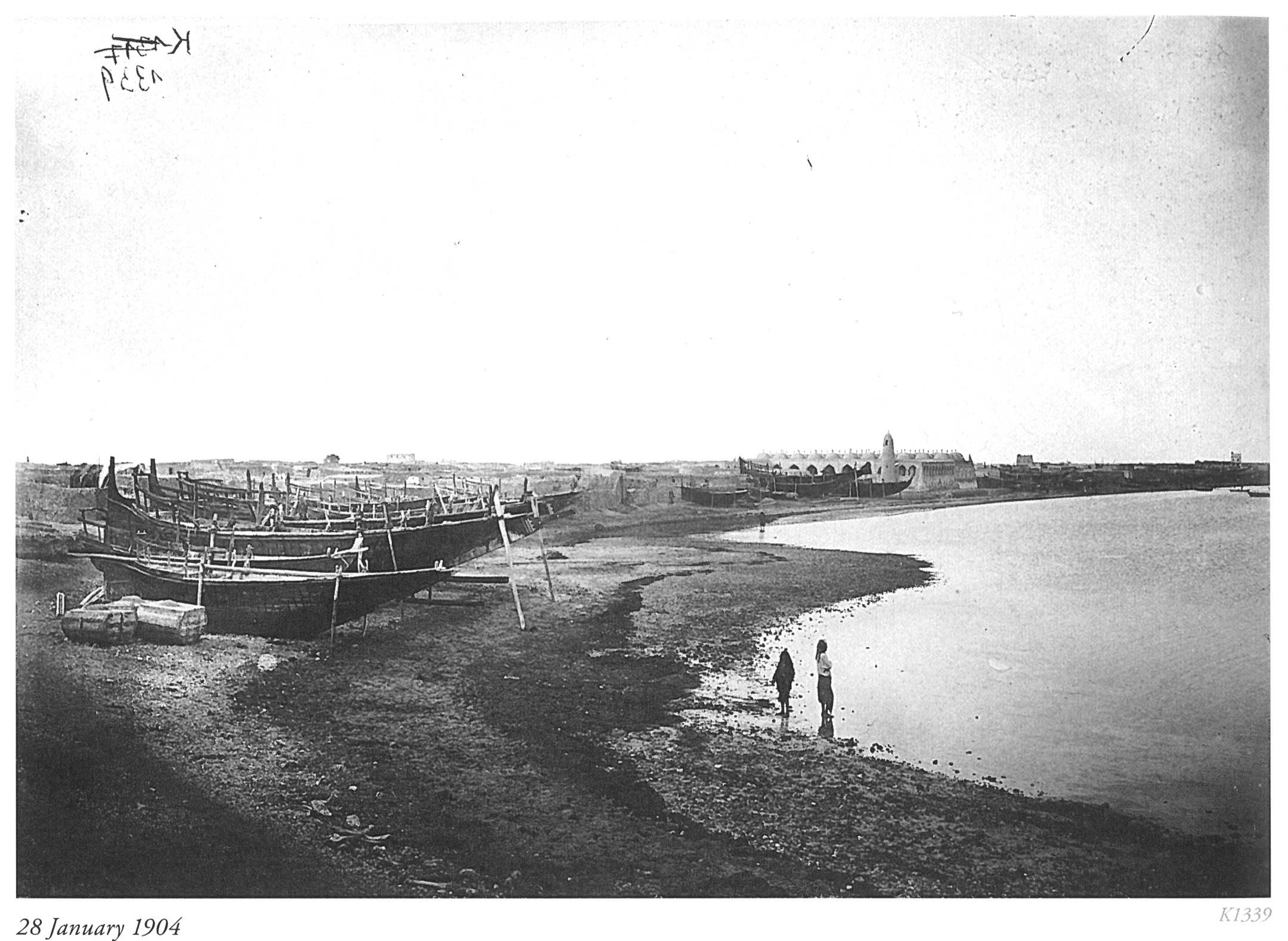 This 1904 image of Doha shows a fleet of dhows in the waning years of the pearl industry. The advent of cultured pearls in the early 20th century devastated settlements built on wild pearls. Most are now ruined, covered in low dunes. Part of present-day Doha is built atop one such town, the coastline now extended into the ocean by radical anthropogenic infilling. Busy shops stand where dhows once lined the shore.

Modern and historical Doha images blended together to show how the shoreline has changed. Image by Dr. Colleen Morgan, Origins of Doha Project

Beneath Doha’s glittering skyline, the remains of past settlements are investigated through the Origins of Doha project, in which researchers use historical and archaeological evidence to understand the past. This photograph represents the messy palimpsest of past and present that is revealed through their work.