Three ancestral villages in the traditional territory of the Ts’msyen in northwestern British Columbia—a site known as Dałk Gyilakyaw—still show obvious signs of management. From the air, the managed forest, ripe with fruit and nut trees, is noticeably different from the surrounding conifers. Photo by Storm Carroll

Imagine traveling back hundreds of years and finding your way up a salmon-spawning river in British Columbia to a small village. You walk into the trees and find yourself in a patch of forest dramatically different from the conifer growth around it. Small fruit and nut trees form the canopy, and there are clusters of berry bushes and cleared paths. The forest floor hosts tended herbs used for food and medicine. One child carefully peels moss from the bark of a pruned crab apple tree; another clears the ground next to a salmonberry bush.

Welcome to a temperate forest garden.

A new study shows that once-managed gardens like this are still distinct from—and more biodiverse than—the surrounding forest, even 150 years after Indigenous people were displaced by colonial settlers and the gardens abandoned. More diverse ecosystems are generally thought to be more resilient to environmental change and resistant to the incursion of alien species.

The team counted an average of about 12 plant species per 25-square-meter study plot within the forest gardens, compared to just eight species in the study plots of the surrounding forest patches. The garden plants they studied also had seeds that were about twice as large on average—a trait typically associated with plants that bear larger fruits, which hints that people were purposely selecting for higher production. The gardens contained 10 culturally significant species not normally found together, two of which fall completely outside their natural geographic range and were likely transplanted.

“Crab apple is a coastal species that likes its feet wet in the intertidal, and we’re finding it far inland in these sites, so people were moving them, in some cases, big distances,” says Armstrong. “Hazelnut is doing the opposite, coming from the east and being moved toward the coast,” she adds. “We know that hazelnut doesn’t grow anywhere else in the area except for these village sites.”

Both species have enormous cultural importance to the Ts’msyen and Coast Salish people. Hazelnut packs a lot of calories into an easily picked nut that can be stored for up to five years. Crab apples, known locally as moolks, feature in origin stories of the areas, and were a high-status food stored over the winter months to supplement a fish-heavy diet.

“It’s amazing to think that the decisions that were made 150 years ago around stewardship and management persist today,” says Andrew Trant, an ecologist at the University of Waterloo in Ontario who was not involved with this study. The work shows that “what we do today has the potential to be persistent six generations from today.”

Armstrong says the work highlights how biodiversity and food provision can both be enriched at the same time, in contrast to colonial farming practices in which ecosystems are often stripped down to monocultures in an attempt to boost food production. “There’s a growing body of evidence from everywhere from the Amazon to the Pacific Northwest that in these sites that were continuously occupied for thousands and thousands of years, the effect is actually one of higher diversity,” Trant says.

The study details tie in with Indigenous knowledge, says Armstrong, who has been working with Indigenous partners and colleagues from the four First Nations on whose traditional territory the village sites are located: the Kitsumkalum, Kitselas, Sts’ailes, and Tsleil-Waututh. Ts’msyen elders told Armstrong that the old villages were great places to hunt, for example; the abundance of energy-rich sustenance provided by the forest gardens may be what was attracting the animals. 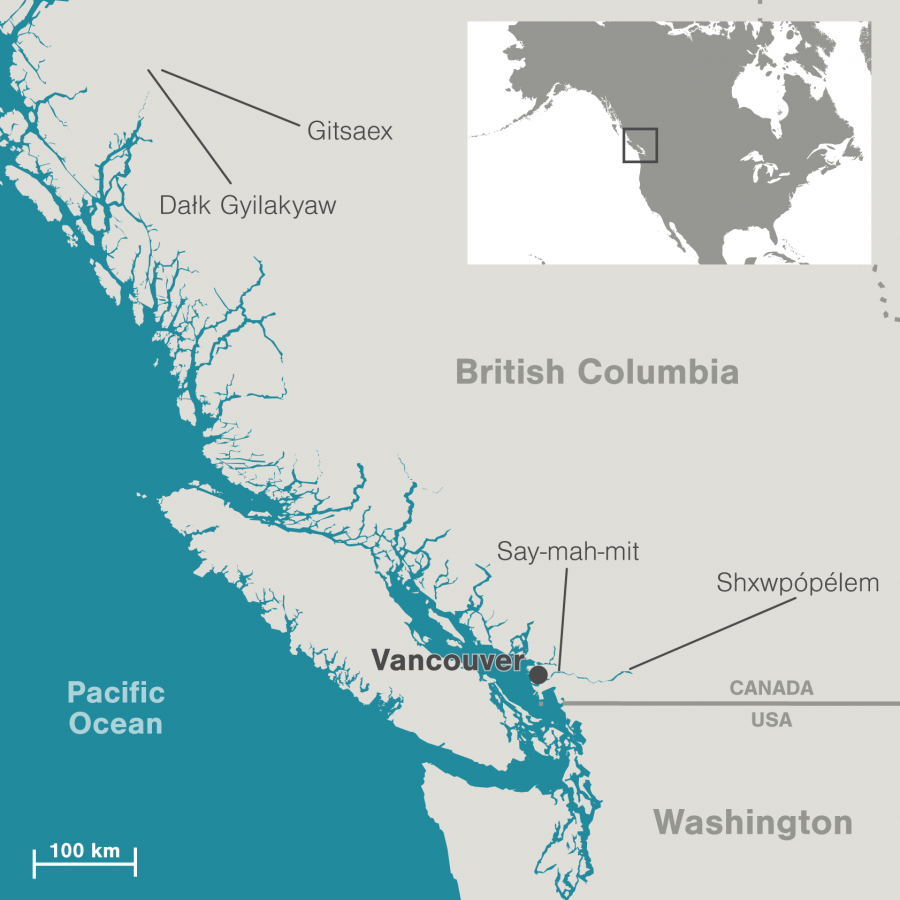 Willie Charlie, former chief of Sts’ailes, a Coast Salish First Nation, says no knowledge is ever truly lost from his community—even after the assaults of colonialism and the residential school system. “My grandfather said all of our teachings are still there on the land, so if somebody has a good mind and a good heart and the right intention, they can go out there and those messages are going to come to them,” says Charlie.