Researchers have developed a technique to identify precious coral species. The technique only uses a tiny sample to avoid damaging valuable coral objects. Photo by Zurich Institute of Forensic Medicine

Few marine resources have captivated humankind throughout history more than the shiny, polished skeletons of precious corals. Although corals from across the color spectrum are buffed and fashioned into jewelry and other valuable objects, the red and pink species from the Corallium genus are perhaps the most highly sought after.

As far back as 25,000 years ago, Paleolithic people adorned the deceased with red coral beads to prepare them for their final journey into the unknown. According to Greek mythology, red precious corals were born from the blood of Medusa, which trickled from her severed head into nearby seaweed, staining it red and turning it to stone. The prized blood-red coloring of some Corallium corals, and their arborescent shape—akin to the tree of life—saw them turned into religious symbols around the world, inspiring fine artwork and mystical remedies to safeguard against poisons, evil spirits, inclement weather, and more. Today, precious corals fuel a multimillion-dollar industry, with high-quality raw material going for as much as US $10,000 per kilogram.

Precious corals grow and reproduce slowly. Researchers are gravely concerned that overexploitation will cause the most vulnerable species to go extinct. To introduce some restrictions on the precious coral trade, in 2008 four precious coral species were added to Appendix III of the Convention on International Trade in Endangered Species of Wild Fauna and Flora (CITES). The CITES agreement lists species in three appendices, which confer different international trade restrictions. Appendix I provides the most stringent regulations, while Appendix III offers the least. 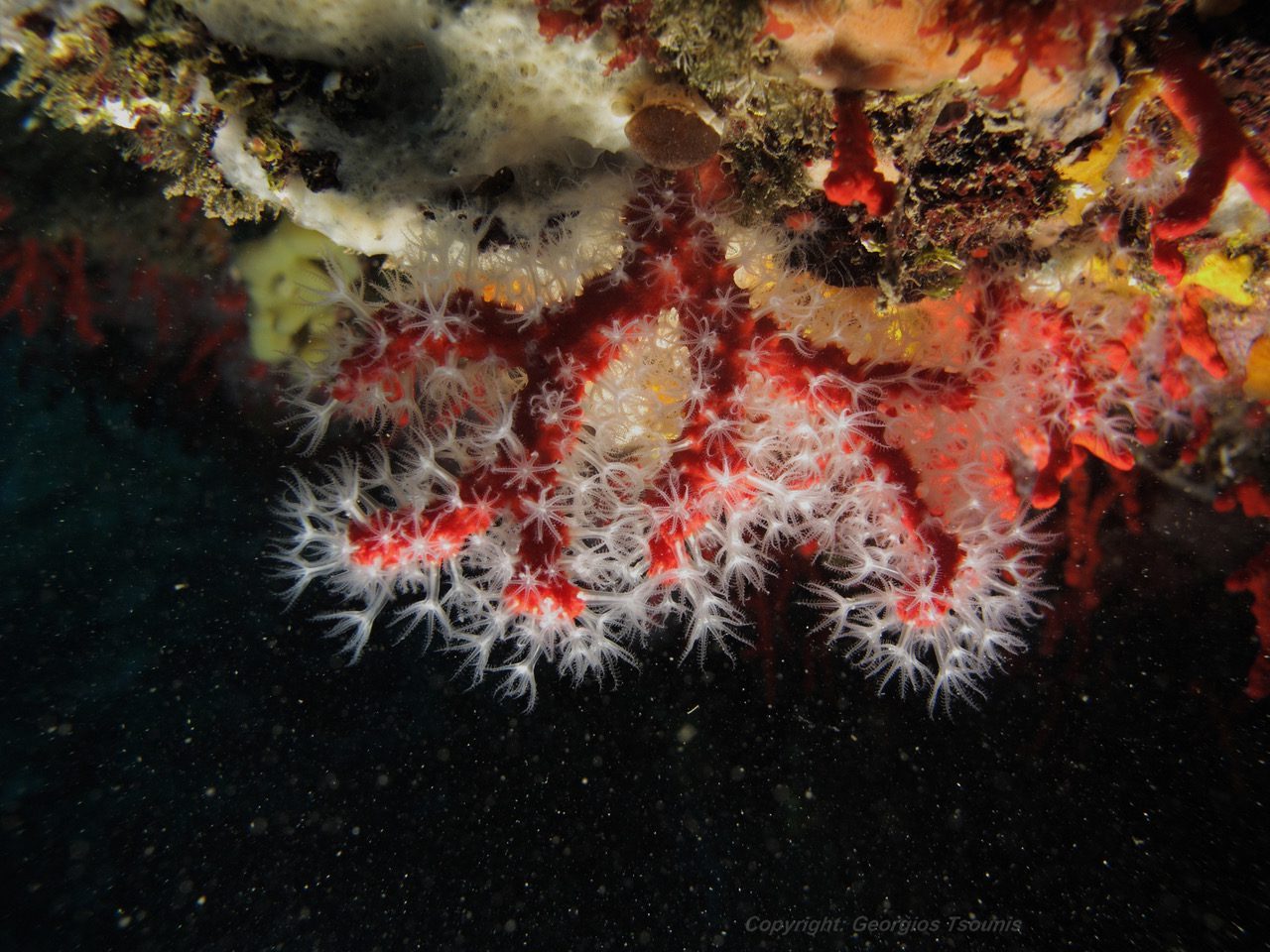 A small colony of Mediterranean red coral (Corallium rubrum) hangs from a rock formation in Cadaqués, Spain. Corals growing out of sight of harvesters have a better chance of surviving. Photo by George Tsounis

To effectively enforce these trade rules, however, jewelry manufacturers, law enforcement, and consumers must be able to accurately identify the species used in precious coral products. This helps protect buyers from fraud, ensure consumer purchases are legally sourced, and catch smugglers presenting restricted species as unregulated ones. Telling the difference between precious coral species, though, is easier said than done. Many precious corals appear identical—especially after they’ve been cut and polished.

Now, an international team of researchers has devised a DNA test, called Coral-ID, that is capable of determining whether or not processed precious coral objects are on CITES’s watch list.

Bertalan Lendvay, a forensic geneticist at the University of Zurich in Switzerland, has been developing this method for nearly four years. In 2020, he refined an existing technique to delicately drill into coral jewelry and figurines to collect as little as two milligrams of material—and then, using a method originally designed for studying ancient bones, extract the coral’s DNA. By homing in on one gene, mtMutS, Lendvay and his team can now fit a precious coral into one of six taxonomic groups, and determine whether the object is made of any of the four CITES-protected species.

The researchers have tested their technique on precious coral objects confiscated by Swiss customs. Border authorities typically rely only on key visual characteristics to identify coral species crossing between countries. Surprisingly, Lendvay and his colleagues’ test showed many of the confiscated objects were actually not CITES-listed species. 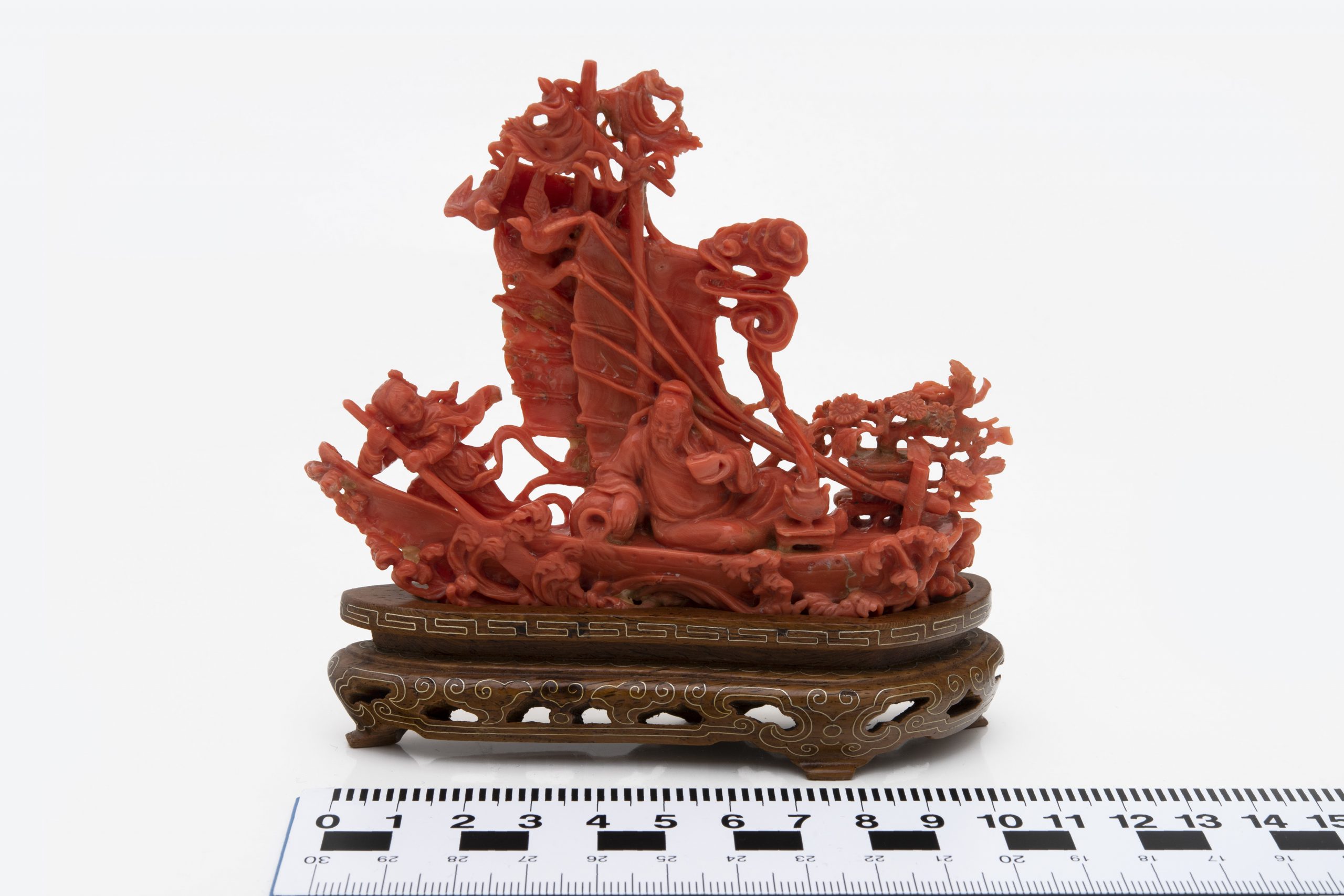 This precious coral carving was confiscated by Swiss customs authorities due to a lack of valid documentation. Photo by Swiss Gemmological Institute SSEF

Georgios Tsounis, a marine ecologist at California State University, Northridge, who was not involved with the study, says that Coral-ID, which can identify precious coral objects in a relatively non-destructive fashion, is “a breakthrough in precious coral management.” He views the genetic test as one part of a multifaceted approach to bolster precious coral conservation, with the potential to make policy measures that rely on proper taxonomic identification easier to implement.

However, there are simply not enough local authorities to enforce fishing limits and monitor for illegal harvesting of precious corals. Our only chance to protect wild precious corals and the marine ecosystems they support, Tsounis says, is a binding international agreement like CITES.

Ernest Cooper, an expert in sustainable wildlife trade who is not involved in the Coral-ID project, was part of an international team that, in 2007, lobbied to have all of the precious corals in the genus Corallium listed in CITES under Appendix II. That proposal was narrowly defeated. The bid failed in part because some dissenters successfully argued that it would be nearly impossible to enforce trade restrictions given how hard it is to distinguish between precious coral species. Cooper says a genetic tool like Coral-ID might make it easier to add additional precious coral species to CITES in the future. There are more than 40 precious coral species, and more are being discovered all the time. For many, little is known about the health of their populations, or how much they are being harvested.

Cooper thinks genetic tests like Coral–ID could also be useful in cases in which law enforcement needs confirmatory evidence on the illegality of an object to press charges. More generally, genetic tools could help track the trade of species beyond those listed by CITES to ensure all coral species are being traded sustainably.

Though law enforcement and customs agents have not yet taken up Coral–ID, Lendvay says the Swiss Gemmological Institute SSEF has already begun offering tests to private clientele who wish to learn the origins of their own precious coral objects. He suspects the test will reveal that there are more precious coral species being sold than previously thought.

Precious corals have been mesmerizing people for millennia. Though they can be exceptionally beautiful, Lendvay is keen to remind people that precious corals stem from fragile populations of marine animals, and that anyone considering buying them ought to keep that in mind.