By 2060, the transport of driftwood from Siberia to Iceland may stop completely as Arctic sea ice continues to melt. Photo by robertharding/Alamy Stock Photo

This article by Eos is published here as part of the global journalism collaboration Covering Climate Now.

When the Vikings first arrived and colonized Iceland in the ninth century, much of the wood they used to build their houses and longboats did not come from trees growing on the island. Lands in the far north lack trees suitable for human settlement activities—the trees being too small and sparse to use in construction.

Instead, the early settlers of Iceland used wood that, like them, floated across the ocean.

A recent study published in Global and Planetary Change has reported that much of Iceland’s driftwood originates from far across the Arctic Ocean, from felled trees in Russia’s central Siberian region that make a multiyear journey thousands of kilometers long, made possible only by sea ice. Arctic driftwood was essential to Norse settlement and expansion and a vital part of Icelandic history.

“It’s a cultural thing,” says Ólafur Eggertsson, a research scientist for the Icelandic Forest Service and a coauthor of the study. “If it hadn’t been for the driftwood, people would have just not survived in Iceland.”

However, the time of Icelandic driftwood may soon be coming to an end. The new research showed an abrupt decline in driftwood since the 1980s and predicts, based on sea ice loss simulations, that by 2060 driftwood will no longer arrive at Iceland—yet another casualty of climate change and warming oceans.

“The take-home message [of] the paper is expected and has a value of providing a very clear signpost of what sea ice melt means for this material to be transported in the Arctic,” says Marc Macias-Fauria, an ecologist at the University of Oxford in England who focuses on cold environments and was not involved in the study.

Trekking along Iceland’s remote, nigh uninhabited northeastern coast, the researchers used a chainsaw to collect 289 samples of Arctic driftwood, an effort that first started during Eggertsson’s PhD studies. They made their first trek in 1989 and returned 30 years later in 2019.

Under a microscope, the international team of researchers identified the species of trees the driftwood samples came from: Scots pine, larch, and spruce. By analyzing the tree rings of the samples, they also were able to determine their provenance by comparing them with Eurasian tree ring records, ultimately matching 73 percent of the samples to trees from Siberia.

They also were able to determine that 83 percent of the driftwood samples came from trees felled by logging, while the remaining 17 percent still had parts of their roots intact, indicating they fell naturally before being carried by river out into the Arctic Ocean. 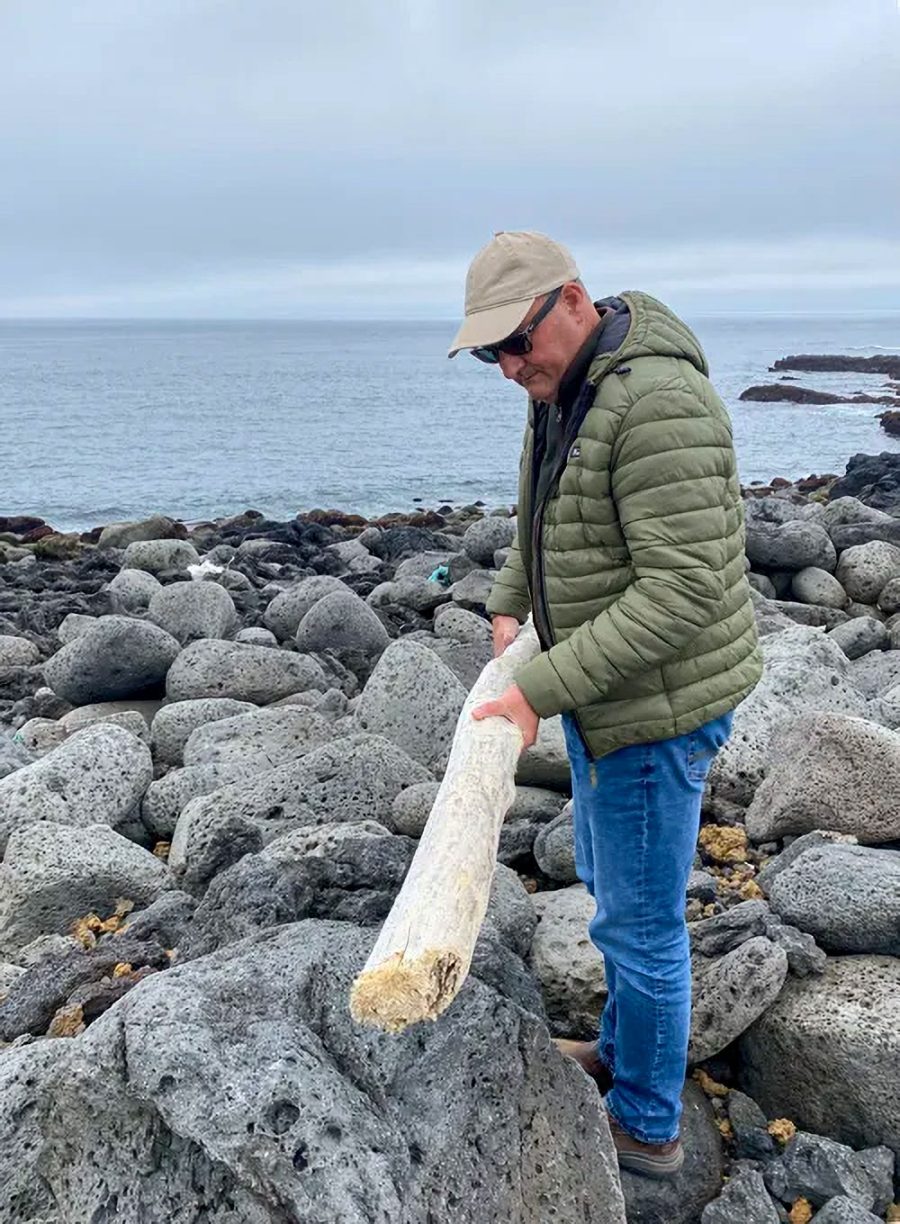 Ólafur Eggertsson, a researcher with the Icelandic Forest Service, examines driftwood that washed up in Reykjanes, Iceland. Photo by Richard Sima

Floating on open water, wood eventually gets waterlogged and sinks in approximately 10 months, according to previous research. But the Arctic Ocean goes through cycles of freezing and thawing, with ice forming around the fallen timber, allowing it to drift along in the ice without soaking up water.

The timber is finally released when the ice melts again and can get washed up on a (fairly) nearby shore as driftwood.

“Sea ice is a conveyor belt that basically enables the Arctic to be quite connected, even though it’s basically an ocean,” Macias-Fauria says.

But this conveyor belt may soon be broken, and it already appears to be slowing down.

There has been a precipitous decline in the amount of driftwood arriving in Iceland from across the Arctic Ocean. In the samples, 80 percent had tree rings dating to between 1922 and 1976, while 14 trees stopped growing in the 1980s. Only three samples dated to afterward.

The contracting sea ice in the Arctic Ocean, driven by anthropogenic climate change, is likely to blame. With less ice, the driftwood is more likely to sink before it can make it to shore.

The loss of sea ice is likely to continue given the predicted warming yet to occur, leading to a collapse of driftwood supply first in Iceland and then in other timber-poor northern regions such as Greenland and Svalbard. Simulations based on global climate models indicate that by 2060, no more driftwood will successfully complete the journey to Iceland.

Though driftwood is no longer as important a source of lumber, Icelandic people still use it for buildings and sculptures, and as a source of income, Eggertsson says. They also use it to restore old churches originally made with driftwood.

Losing driftwood would mean losing an important part of Icelandic history and culture beneath the surf.