Brooke Woods (Yookkan Hoont’aanh) and her son, Ed, harvest a whitefish from a net. Even though her family isn’t allowed to harvest salmon this year, Woods takes her family to Rampart Village, Alaska, on weekends to keep her culture alive. “Our tribes and families are suffering,” she says. Photo by Keri Oberly

This story originally appeared in High Country News and is republished here as part of Covering Climate Now, a global journalism collaboration strengthening coverage of the climate story.

It’s nearly two in the morning and the sun is just beginning to set as Ben Stevens navigates the braided channels of the Yukon River toward his fish camp. Stevens is a traditional fisherman—Dinyee Hutanne, the people of the canyon. He was raised by his grandmother on the river in Stevens Village, a Koyukon Athabascan community nestled within the Yukon Flats in Alaska. Typically, the camp is bustling with families processing salmon. This year, however, it was quiet as he set a four-inch (10-centimeter) mesh net for whitefish; there were no salmon to catch. It was unsettling, especially for someone like Stevens, for whom the river represents sovereignty. “Back in the day, I never bought a fishing license,” he says. “Nobody ever bothered us. We were able to give fish to whomever we’d like, we fed people. Families came to our fish camp to enjoy the fish camp life. When they left, they were loaded with fish.”

Since those childhood days, the combination of climate change and federal and state mismanagement have caused a rapid decline in the Yukon’s wild salmon, threatening the sovereignty, culture, and economic life of the villages along the river’s banks. This year was particularly alarming: all three primary Yukon River salmon species—chinook, chum, and coho—returned in record low numbers, prompting the Alaska Department of Fish and Game to ban fishing along the entire river. “Our main food source is now a delicacy,” says Brooke Woods, a traditional fisher (Yookkan Hoont’aanh from Rampart Village) and a University of Alaska Fairbanks fisheries student. 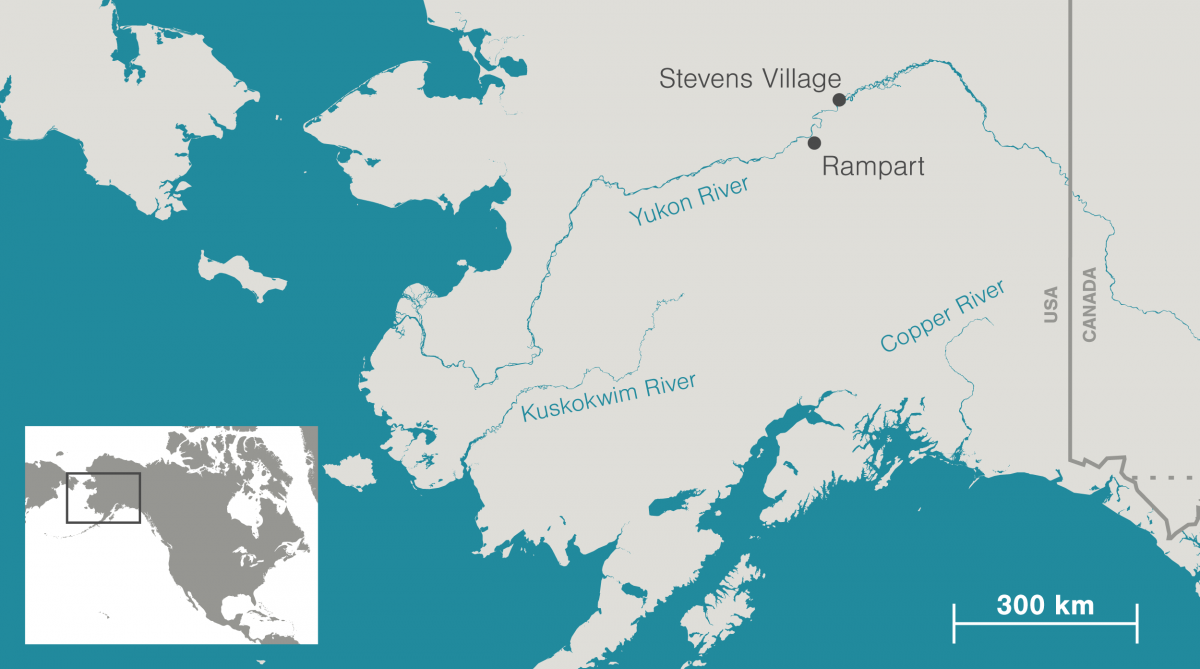 Despite the widespread distress along the Yukon and the nearby Kuskokwim and Copper Rivers, the culture of reciprocity and sense of community of the fish camps persist. In 2014, the Tanana Chiefs Conference—the traditional tribal consortium of 42 Interior Alaska villages—launched a hunting and fishing task force, along with the Yukon River Inter-Tribal Fish Commission. “As a unified voice, we are unstoppable—and we can manage the river better,” Natasha Singh, general counsel for the conference, says.

At the same time that the communities along the Yukon struggled with declining salmon, 500 miles to the south, fishers in Bristol Bay enjoyed a record run for sockeye salmon — 66 million in total by season’s end. Scientists are still trying to understand why. The Tanana Chiefs Conference worked to coordinate salmon donations, and the Bristol Bay fishers shared 22,000 pounds (10,000 kilograms) of chinook and chum salmon with the Yukon River villages. “We still give, and that’s how I know we are still Indigenous,” Singh explains. 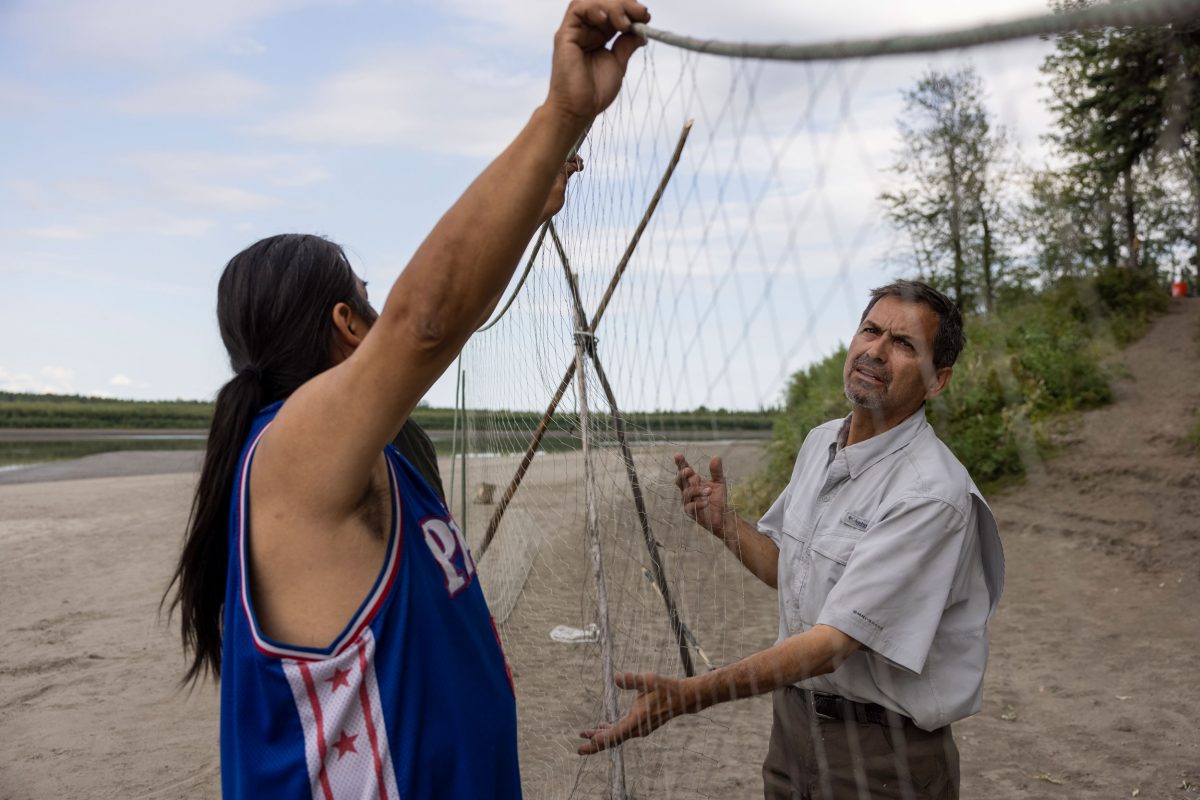 Ben Stevens borrowed a four-inch (10-centimeter) mesh net to fish for whitefish. Despite the salmon fishing ban, Stevens continues to bring his son, family, and friends to camp. “They need a connection with their ancestors, and the ground they walked on,” he says. Photo by Keri Oberly

Still, the donation model is a temporary fix; 94 percent of the households in the Yukon Flats region depend on traditional hunting and fishing, not only for food security, but also for their cultural survival. Now the villages are planning ahead, determined to restore the salmon. Any lasting solution, however, requires understanding how the salmon ended up in such a precarious position.

Researchers believe climate change is a key factor: the warming seas mean less oxygen and disrupted food chains, and that impacts the life cycle of the fish. Salmon are maturing earlier in the ocean, returning to fresh water at half the age and size they normally would, according to the National Oceanic and Atmospheric Administration and the Alaska Department of Fish and Game. Meanwhile, the US Fish and Wildlife Service and Alaska Fish and Game continue to manage the river in ways that impact the Indigenous community. A report published by the Alaska Journal of Commerce in 2013 showed that the state agency failed to act quickly enough to protect the Yukon king run, and that its decisions favored commercial industry, according to the journal’s review of 16 years of public testimony. In 2017, the agency briefly allowed commercial sales of king salmon, only to close the commercial fishery within just a few hours after Indigenous fishers complained, citing irresponsible management. 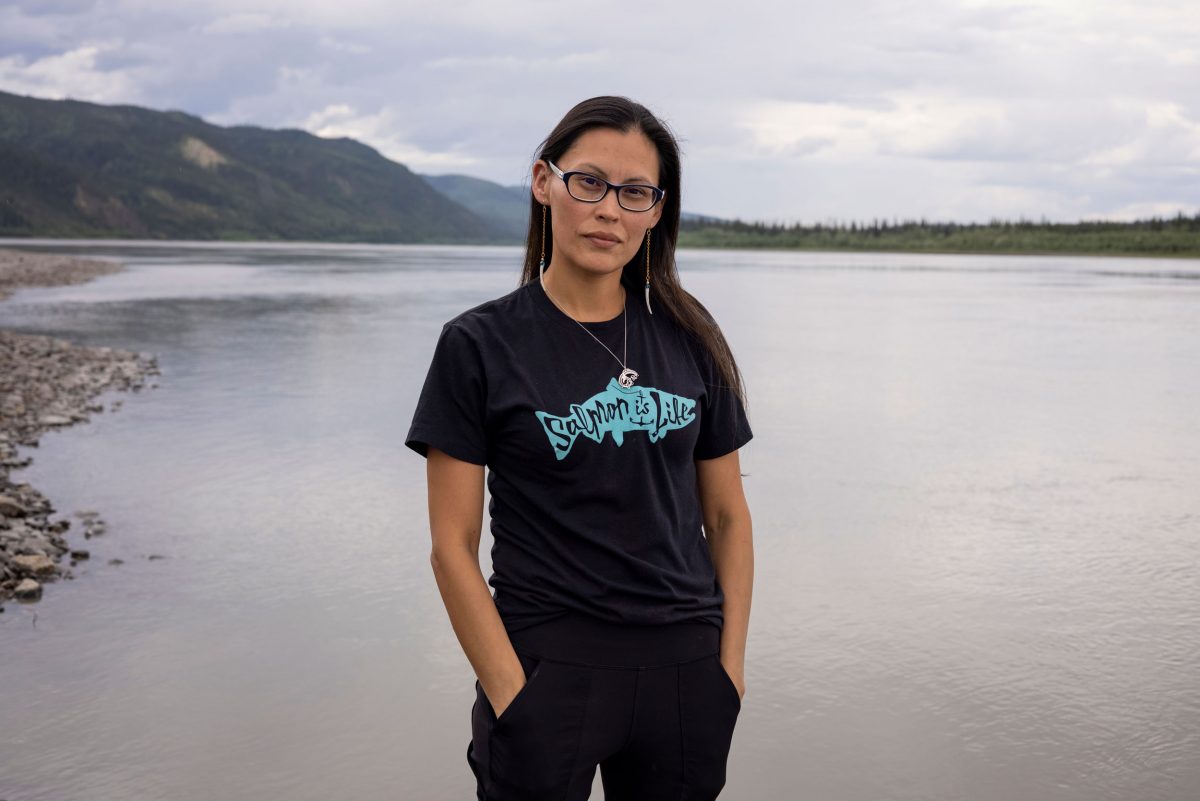 Brooke Woods, a traditional fisher and University of Alaska Fairbanks fisheries student, stands for a portrait at the Yukon River outside her family home in Rampart Village, Alaska. Photo by Keri Oberly

This summer, the Tanana Chiefs Conference task force hosted emergency meetings throughout the upriver villages, where community members and state officials gathered to address the salmon crisis. Brooke Woods and Ben Stevens, both members of the task force, attended a meeting in the village of Rampart in early July. Elders described the salmon fishing ban as a form of genocide. “I miss the smell of the smoke coming out of the smokehouse,” elder Janet Woods says. “All aspects of our lives are just turned upside down when we are restricted from our traditional food. … If we don’t have the salmon, then we will just be people. We won’t be Native anymore; we will just be people.”

Later that night, after the meeting, Woods and her children piled into a boat to check their family’s four-inch (10-centimeter) mesh net. They cut through the glassy water, floating by quiet fish camps and empty smokehouses. Brooke slowed the boat to a stop in the eddy. In a flurry of hands and entangled mesh, six-year-old Braelynn gleefully shrieks, “Baasee’!” (“Thank you!”) to the whitefish who gave their lives in the glistening net.

Note: This story was updated to clarify and update the final count of sockeye salmon harvested from Bristol Bay, not all of Alaska, in 2021.