Little stints breed in the Arctic and winter on the coastlines of Africa, India, Europe, and elsewhere. As with many species of shorebirds, loss and degradation of wetland foraging habitat is affecting their populations. Photo by Avi Meir/BIA/Minden Pictures

When Sivananinthaperumal Balachandran started work at Point Calimere, on India’s southeast coast, back in the 1980s, the sky was filled with little stints—small shorebirds that thrived in the shallow waters of the region’s wetlands and salt pans, areas flooded with seawater for commercial salt production.

Today, though, the actions of salt-harvesting companies have degraded the habitat. Much of the area is now either without water or so salty that the little stints’ prey—mollusks, small shrimp, and fly larvae—can’t survive. Balachandran has a plan to revitalize previous wetlands, if only the government would listen.

Balachandran is a deputy director at the Bombay Natural History Society (BNHS) and is renowned for his knowledge of shorebirds. While he initially came to the BNHS to devise ways to keep vultures out of airplane engines, within a week the society sent him to Point Calimere—a mosaic of mangroves, marshes, mudflats, and commercial salt pans. In 2008, he started the Bird Migration Study Centre at the site.

As an expert on little stints and their habitat, he suggested singling them out for protection when asked to contribute to the Indian government’s recently published national action plan to conserve migratory birds. The recommendation came after observing the birds for almost four decades.

When he arrived in Point Calimere in the 1980s, Balachandran says 400,000 to 500,000 little stints migrated there each year from their breeding grounds in the Eurasian Arctic tundra, but the area might now see 150,000 in a good year. 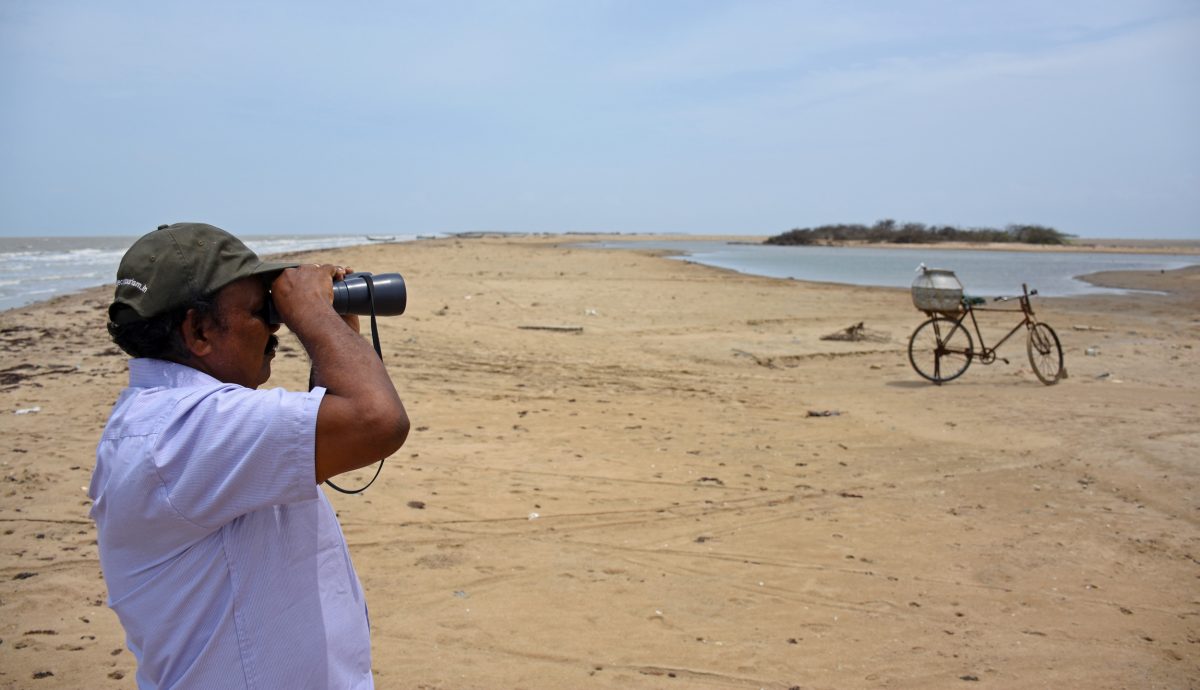 Point Calimere’s rich and varied habitats once provided abundant food and quick access to more marshland in Sri Lanka. The birds could fatten up before burning calories to fly back north.

But over the past several decades, salt harvesters have primarily switched to pumping extremely salty groundwater into their commercial salt pans, rather than flooding them with seawater. Monsoon rain used to dilute the salt, but changes in weather and ocean circulation patterns have led to less precipitation. This has resulted in salinity spikes so high that the birds’ prey can’t survive. The change in monsoon patterns and the increase in groundwater pumping also dry out surrounding marshes and mudflats, and force little stints to search elsewhere for food. Without a concentrated source of fuel, it’s difficult for the birds to store enough fat to fly north and breed.

Balachandran’s plan is to fill the wetlands with water from salt pans or the sea, then dilute it by pumping in harvested rainwater. This would potentially revitalize habitat for the prey that little stints and other shorebirds need to survive. The plan makes sense to others with similar expertise.

Mahendiran Mylswamy, a wetland and waterbird expert at the Sálim Ali Centre for Ornithology and Natural History in Tamil Nādu, says using rainwater to revitalize wetlands could “be a wonderful boon and beneficial for birds” such as little stints. The plan could work, so long as collected rainwater isn’t used at the expense of water needs for Point Calimere’s residents. 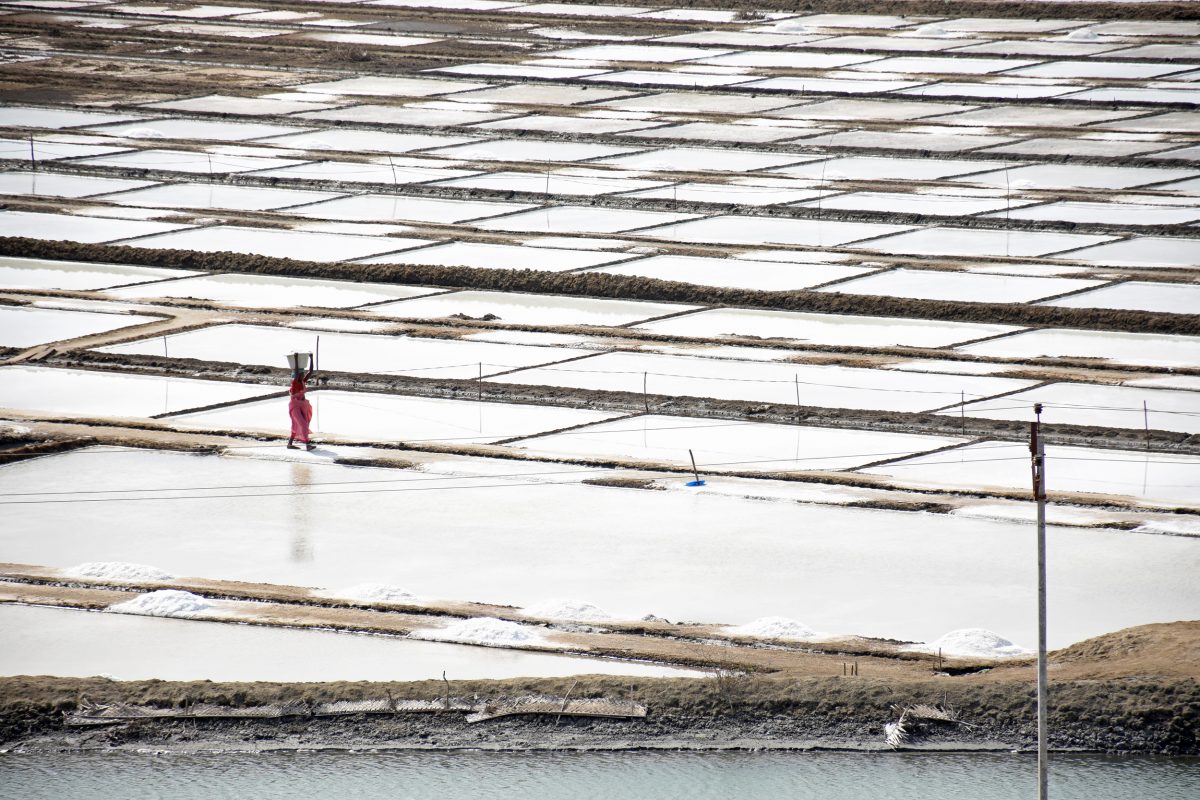 When flooded, the commercial salt pans of coastal India provide feeding habitat for shorebirds, such as the little stint. Photo by Colin Daileda

Ritesh Kumar, a wetland management expert and one of the national action plan’s five authors, says Balachandran’s idea might work for little stints, but could just be “a stopgap solution.” The Ministry of Environment, Forest and Climate Change is working on a conservation plan for all of Point Calimere, according to Kumar, with the goal of limiting human interference. He says the plan is at least a year from approval and that “there is an intent” to connect it with the protection of migratory birds, but “nobody has actually done that mental exercise.”

Government forest officers who would be tasked with carrying out the restoration “may not know the significance of [Point Calimere],” says Velusamy Thirunavukarasu, a forest official in Tamil Nādu with experience at the site and knowledge of the planned implementation of the national action plan. Officials overseeing Point Calimere rotate quickly, he says, giving them little time to understand its complexities or the science behind an idea such as Balachandran’s. Point Calimere is also far from any metropolis, where it’s easily ignored, Thirunavukarasu says. Tourist visits to the area have tanked over the years, meaning there is little monetary or publicity incentive for the government to jump-start restoration.

Balachandran feels sidelined, but has turned some of that frustrated energy to restoration projects around Kanyakumari, a city about an eight-hour drive southwest of Point Calimere. He’s secured funding to restore a small patch of wetlands there that faces similar issues of drying out and high salinity, a project he thinks will last around five years.

While he waits for some action on his proposal for Point Calimere, there’s no point in sitting idle, he says.