Scientists keep track of the appearances, movements, and behaviors of individual North Atlantic right whales. Which means we have a little bit of history on each of this year’s new moms. Photo by Florida Fish and Wildlife Conservation Commission, taken under NOAA permit 20556-01

This winter, seven North Atlantic right whales gave birth—one for the very first time. The calves are a boon for the struggling species. Last year, the estimated 411 right whales that swim off the coast of Canada and the United States had no calves at all.

North Atlantic right whales are endangered, and their population is dwindling. Christin Khan, a biologist at National Oceanic and Atmospheric Administration’s Northeast Fisheries Science Center, says that, given the situation, seven is not very many babies. “We still are really afraid for the future of this species and the possibility of extinction,” she says. “But I’m cautiously optimistic that we’ll turn things around.”

These new mothers, and the other female whales, will be crucial. “They are our hope,” says New England Aquarium Anderson Cabot Center for Ocean Life research scientist Philip Hamilton.

In a recent paper comparing North Atlantic right whales and southern right whales, a separate species that swims throughout the southern hemisphere, researchers asked why the number of southern right whales is growing while their northern counterparts decline. Scientists, including Hamilton, say the difference is mainly because adult females in the southern population are not dying at the same rate as adult females in the North Atlantic. Many of those deaths are from human causes, such as whales that get entangled in fishing gear. Given that, each of this season’s seven mothers is worth celebrating. 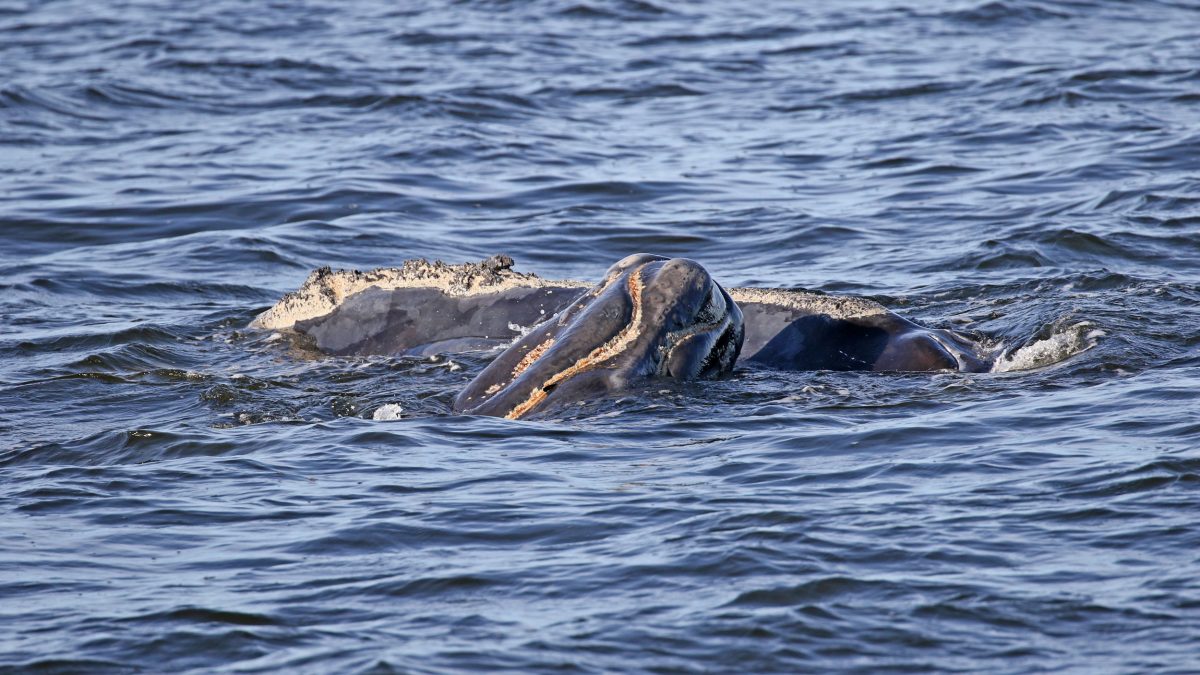 All North Atlantic right whales have their sightings and distinguishing features meticulously recorded in the North Atlantic Right Whale Catalog, which Hamilton maintains. The whale called #1204 has sightings going back to 1982, making her at least 38 years old. This season, she gave birth to her ninth known calf. Another one of her calves, named Champagne, is 10 years old and could soon become a mother herself.

The veteran mom is rarely seen very far north, Hamilton notes, and doesn’t visit two of the main summer hangouts for the species, the Bay of Fundy or the Gulf of St. Lawrence. He wonders whether females like #1204, whose habits are “a bit more of a mystery,” know about better places to feed. 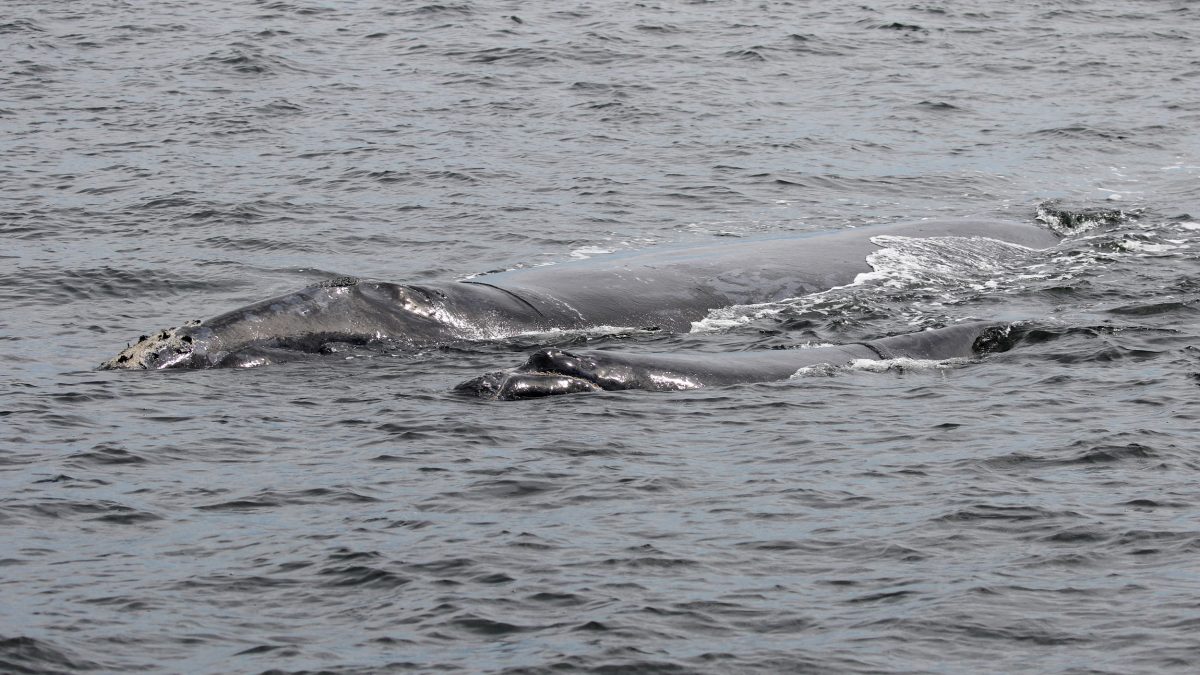 Researchers have made more of an effort to give right whales names in recent years, Khan says, because it makes it easier to communicate about the whales to the public. Members of the North Atlantic Right Whale Consortium vote on a handful of whales to name at their annual meeting. Boomerang got her name from the shape of a scar on one of her tail flukes.

This season, Boomerang had her fourth baby. That calf is born into a well-documented lineage: Boomerang’s mother is named Trilogy, and her grandmother is Baldy, whose description in the catalog notes “lots of chin scars.” Baldy was last seen in 2016, and as far as anyone knows, the new calf’s great-grandmother is still swimming in the North Atlantic. Hamilton says that between the matriarch’s calves and their own progeny, Baldy has been responsible for adding at least 23 whales to the population. 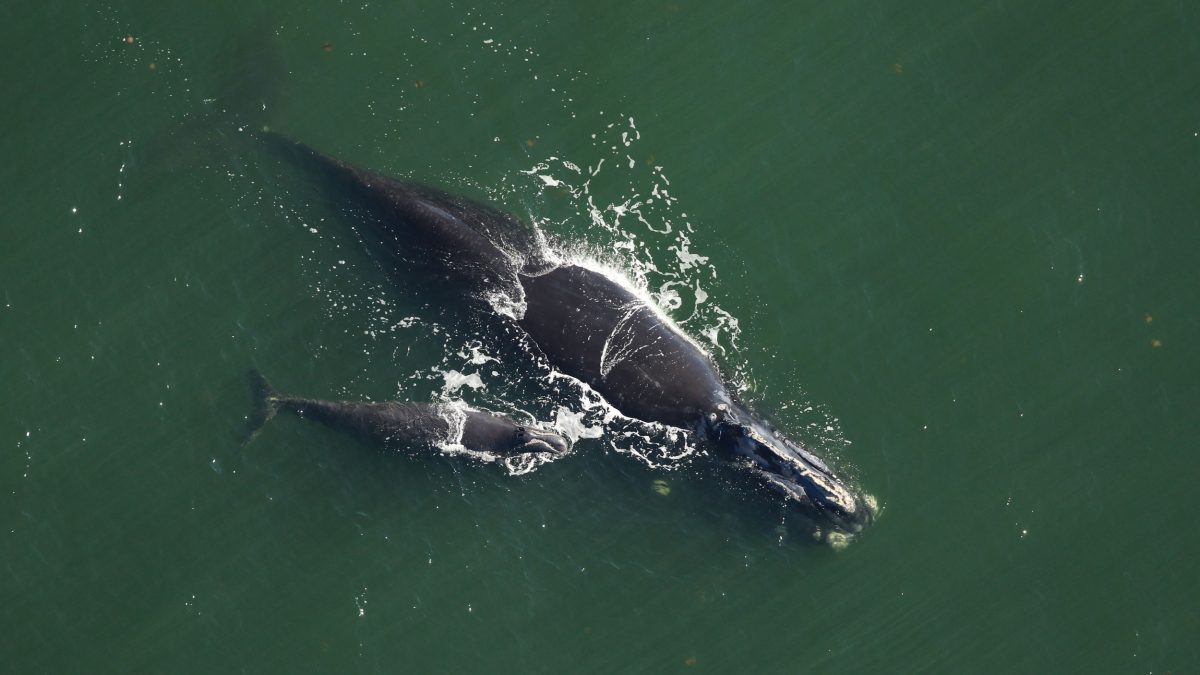 Whale #2791 doesn’t have a name, but she does have three calves. Her last calf before this season’s was born in 2009. A right whale female in good health can have a calf roughly every three years, and longer intervals like #2791’s may be one factor contributing to the population’s decline. Hamilton says injuries from past entanglements can cause whales to have longer gaps between calves. The struggle to find enough food in a changing climate is another likely factor. 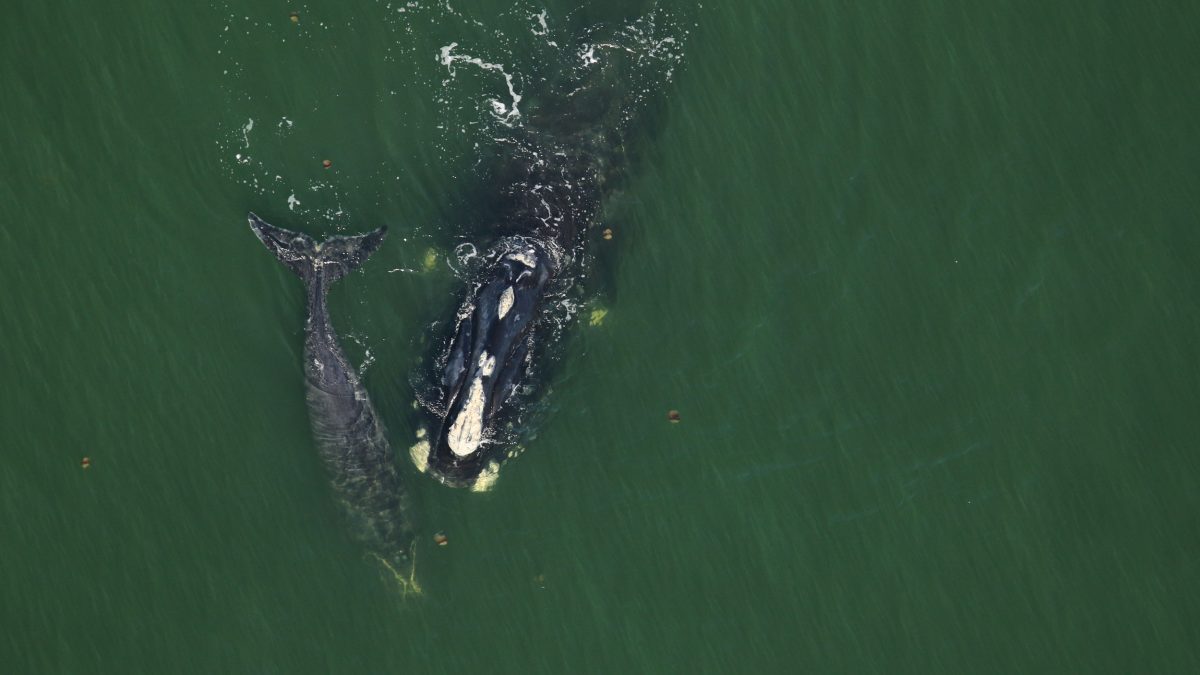 North Atlantic right whales generally live along the eastern coast of North America, calving in the water off the southeastern United States, and feeding farther north. But second-time mom Pico caused a stir back in January 2009 by showing up in the Azores, west of Portugal. She had been spotted the previous September in Canada’s Bay of Fundy, implying an eastward journey that averaged nearly 33 kilometers per day for 101 days. Pico was back in the Bay of Fundy the following September. No one knows for sure why Pico took such a sudden cross-Atlantic vacation. “They likely do those trips a lot more than we know,” Hamilton says. 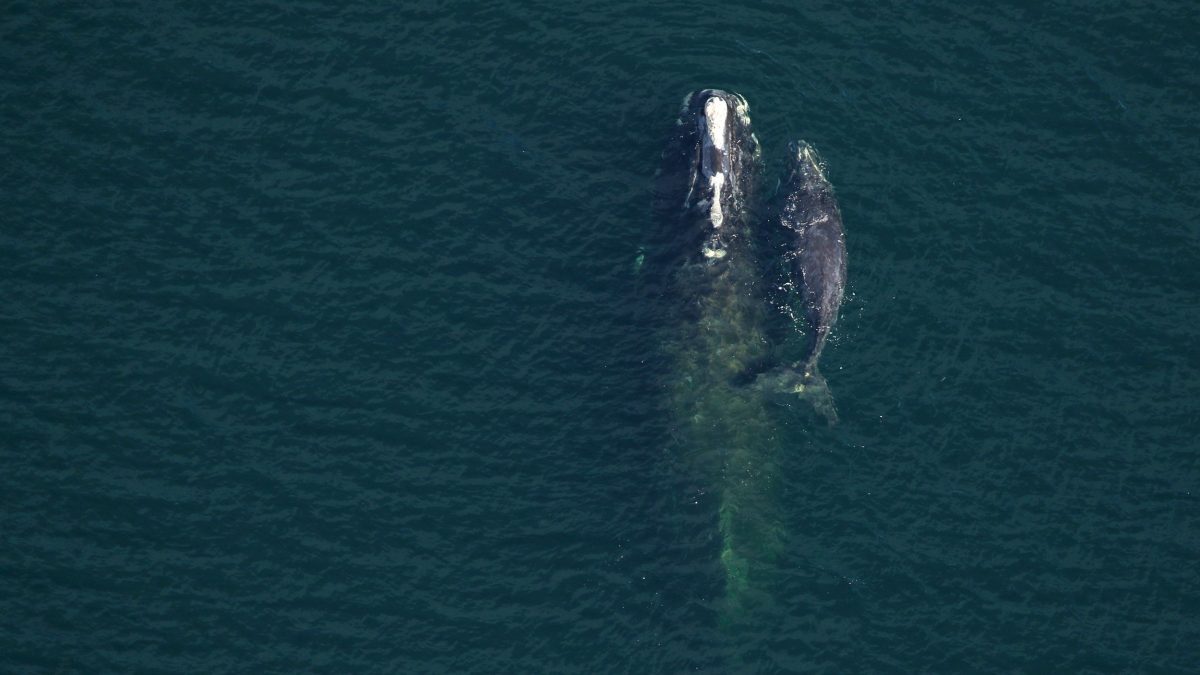 Unlike the more mysterious moms, #3317 makes regular appearances up and down the coast. Since her birth in 2003, she’s been sighted every year except one. This season’s calf is her third. The mother of #3317 is Silt, named for the constantly shifting pattern of whale lice on her head. 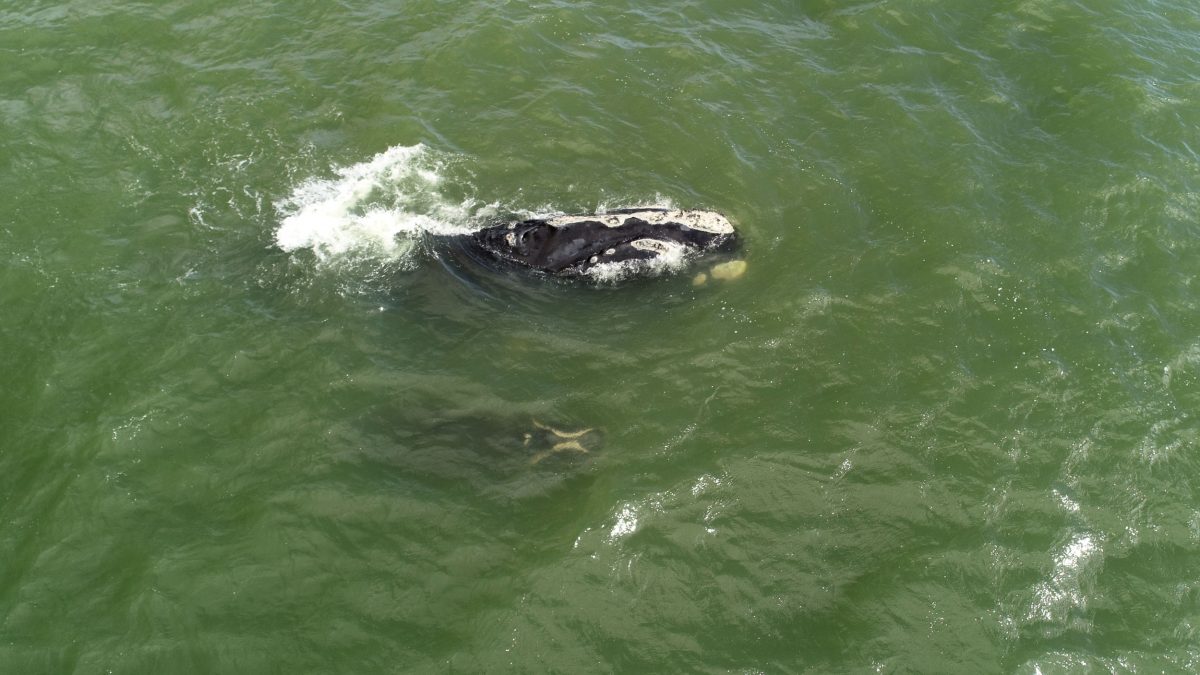 Survey teams of scientists regularly fly planes over the coast to look for right whales. But #3370 was first spotted with her new calf by a member of the public, off a Florida beach in February. This is the second calf for #3370. She had also been seen swimming with Boomerang on New Year’s Day, when both whales were pregnant. 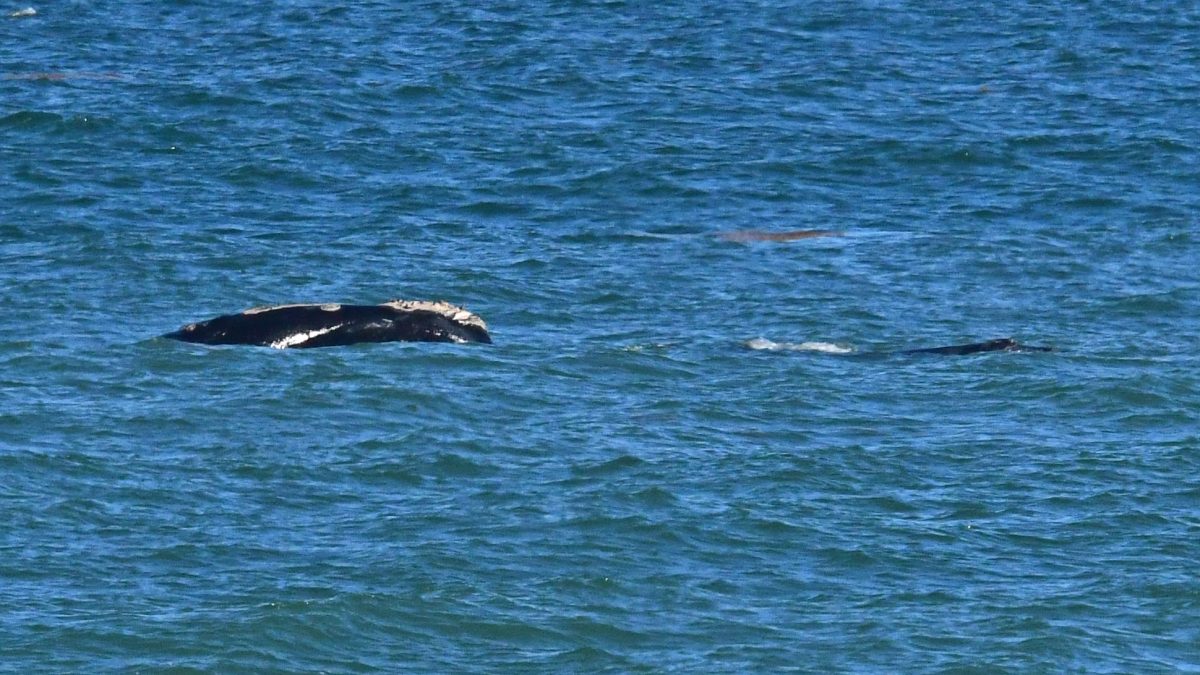 One of this season’s calves was doubly good news. That’s because its mother, #4180, is a first-time mom—and until now scientists weren’t even sure whether #4180 was male or female. “To have an unknown-sex whale be actually female is really, really important,” Hamilton says. Every potential mother is valuable insurance for the embattled population. Sometime in 2018, #4180 had a run-in with fishing gear and carried wounds on her back the next time researchers spotted her.

#4180 was also the first new mother in the right whale population since 2016, Hamilton says. “That was really heartening.”