Rockfish were once an important target for small-scale fishers working the waters off the Farallon Islands in California. Photo by Norbert Wu/Minden Pictures/Corbis

Josh Churchman used to drive his seven-meter fishing boat through the open Pacific Ocean to the Farallon Islands, a rugged archipelago about 40 kilometers west of San Francisco, California. For Churchman, a commercial fisherman, the fish around these islands were an abundant source of income. Using hook-and-line gear, Churchman would fill his iceboxes with bottom-dwelling species like rockfish and lingcod, and sell them to buyers in Bolinas, California, where he has lived all his 63 years.

“We used to feed the town,” Churchman says.

But the fishing business has changed for Churchman. Ironically, some of the regulations meant ultimately to enhance fisheries have wound up hurting local small-scale fishers.

Over the past 30 years, the California fleet of small-boat commercial fishers, who use mostly hook-and-line gear and live traps, has shrunken by 90 percent, says Larry Collins, a retired fisherman and the president of the San Francisco Community Fishing Association, an advocacy group.

Collins acknowledges that curtailing fishing activity to restore plummeting fish populations, some of which sank to all-time lows off the California coast in the 1990s, was necessary. And in that respect, the new laws are working: many West Coast groundfish species have seen phenomenal comebacks. But Collins says the resurgence is doing little for small-boat fishermen.

“The fish are back, but they won’t let us fish,” says Collins. 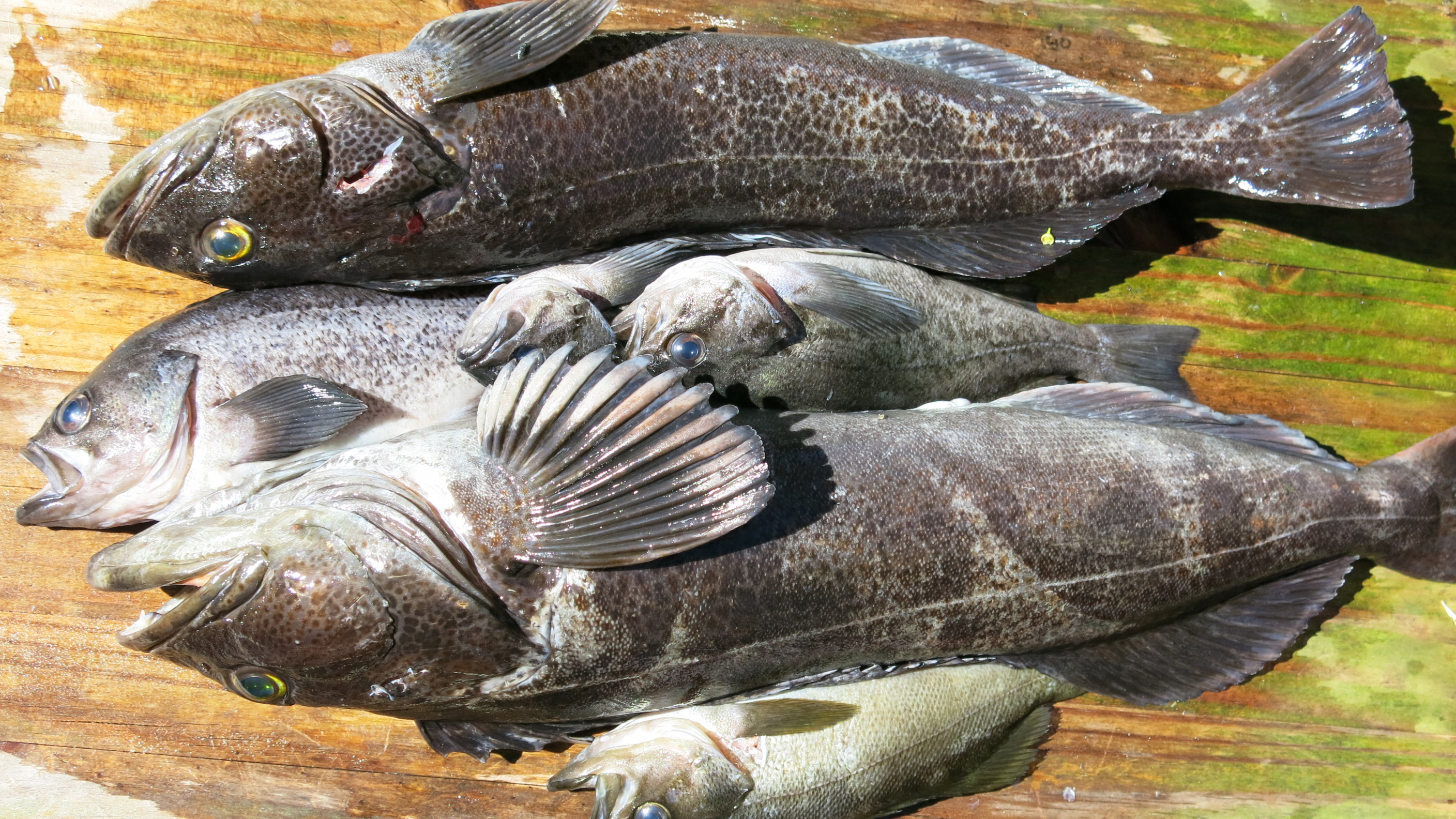 Along with crab and salmon, rockfish and the larger lingcod (both seen here), made for a more diverse fishing portfolio for small-scale Bolinas fishers. Photo by Alastair Bland

Take Churchman and the Farallones, for example. The state-managed water surrounding the islands is open to fishing. To reach this area, though, boats must pass through federally regulated water—something fishers who are targeting groundfish can only do if they have a vessel monitoring system (VMS) running at all times. This global positioning system, which enables regulators to remotely track boats’ movements, must even be kept on while the boat is docked.

But in Bolinas, Churchman and several other commercial fishers keep their open-console skiffs moored in a natural lagoon beside the town. The anchorage doesn’t have a power source to run marine electronics, making it almost impossible to follow VMS law. It’s this requirement that has impeded Churchman’s ability to fish the Farallones.

“We could in theory run a VMS on the boat battery” while docked, he says. But just like leaving the lights on in a parked car, the VMS would drain the boat’s battery in a couple days. “You’d have to go out into the water and change the battery three times a week.”

Even in ports with plug-in power connections, the VMS requirement has become a significant deterrent to targeting groundfish, according to multiple fishermen.

This law is just one example of how well intended fishing regulations are disadvantaging independent small-boat fishers, Churchman says.

As many small-boat fishers struggle to support themselves, trawling vessels have remained the dominant producers of West Coast groundfish. Trawl boats drag nets along the ocean bottom, scooping up almost everything in their paths. Widely considered a destructive fishing method, trawling was largely responsible for the 1990s collapse of West Coast groundfish, Collins says.

Yet the increasingly complex world of fisheries management has been relatively easy on the trawl fleet, he says. For example, the Marine Life Protection Act (MLPA) that set aside nearly 20 percent of the California coastline as marine reserves between 2007 and 2012 had no effect on trawling operations, since the regulations only affected state waters, from the shore to three miles (4.8 kilometers) out. This zone already excluded trawlers.

“The MLPA closed access to rockfish and impacted our ability to access the local bounty,” says Kenny Belov, whose Marin County restaurant Fish doesn’t serve any trawl-caught seafood. “Trawlers have continued to play while the little guys now just have one more hurdle to cross.”

The West Coast’s groundfish trawling fleet, about 120 vessels strong, has also scored big through the federal government’s new catch share system. In 2011, the National Marine Fisheries Service enacted a new management program to allocate shares of the annual catch quota to fishermen. To do this, the agency looked at historical landings for each existing commercial boat. Those that had recorded higher groundfish landings in the past received larger shares. Under this system, trawlers became the primary fishers; they now own 90 percent of the quota.

Frank Lockhart, who works with the US federal government on sustainable fisheries policy, says that eliminating some boats was necessary. Some California groundfish species were overfished because scientists had allowed too many people to catch them. To help the fish recover, regulators needed to scale back the size of the fishery.

The state of California has also been working to reduce the number of fishers on the water, says Bob Leos, an environmental scientist with the California Department of Fish and Wildlife.

In 2003, Leos says, the department granted permits to fishers who could document a history of catching a minimum number of rockfish. Those who fell short of this mark couldn’t get one of the new permits. Today, an unpermitted fisher hoping to enter the fishery must buy two permits, hand one over to the state, and keep the other—forcing entrants to pay double for the right to fish. Each permit may cost about the price of a mid-range car. Another type of state permit is non-transferrable, meaning when the fisher dies, the permit disappears. As a result, fishermen are being eliminated one at a time.

“Both those systems wind up at zero,” says Churchman.

There are still fish to catch in the ocean. However, numbers of West Coast salmon are faltering, and fishing for Dungeness crab—another local mainstay—isn’t always reliable, since the population naturally cycles up and down. Normally, groundfish would make up some of the difference. Yet with fewer resources to cash in on, fishers in towns like Bolinas face an uncertain future. Fisherman Jeremy Dierks, who keeps his boat anchored beside Churchman’s, believes independent fishers will eventually be regulated off the water.

“Eventually we’re going to have five trawlers owning the resource,” Dierks says, “when we should have 100 small families.”