Gigantic and extinct, Steller’s sea cows would have played an important role in shaping their environment. Photo by FLPA/Alamy Stock Photo

In the chilly waters off Russia’s Commander Islands, a Steller’s sea cow grazed on kelp fronds. The buoyant behemoth sheltered her calf close to shore and away from predators. Seabirds perched on their exposed backs, eating parasites from their skin. It was here, some 250 years ago, that these giant sirenians met their end. The last remaining Steller’s sea cow was killed and eaten in 1768 by hungry fur traders who were collecting pelts—from the region’s sea otters in particular. What remained were the ecological ghosts of giants, the extinction of which likely had widespread consequences for the marine ecosystem they left behind. According to a new study, these megaherbivores influenced kelp forest dynamics across the northern Pacific Ocean.

From whales to wooly mammoths, megafauna are charismatic, large-bodied creatures. Typically, animals that weigh more than 45 kilograms fall into this category, while megaherbivores weigh more than 1,000 kilograms. In the past, there were far more of these giants and each left their colossal mark on the ecosystems they inhabited. But climate change, hunting, and habitat loss pushed many to extinction—with untold consequences for ecosystem function.

Steller’s sea cows were first formally described in Western science by naturalist Georg Wilhelm Steller in 1741—less than 30 years before they went extinct. Measuring more than seven meters and weighing approximately 5,000 kilograms, Steller’s sea cows resembled living sirenians such as manatees and dugongs, although they were about 10 times heavier. Historical accounts suggest Steller’s sea cows were unable to fully submerge and grazed near the surface. Before they were wiped out, a significant population inhabited coastal areas around the North Pacific, from Mexico to Alaska to Japan. 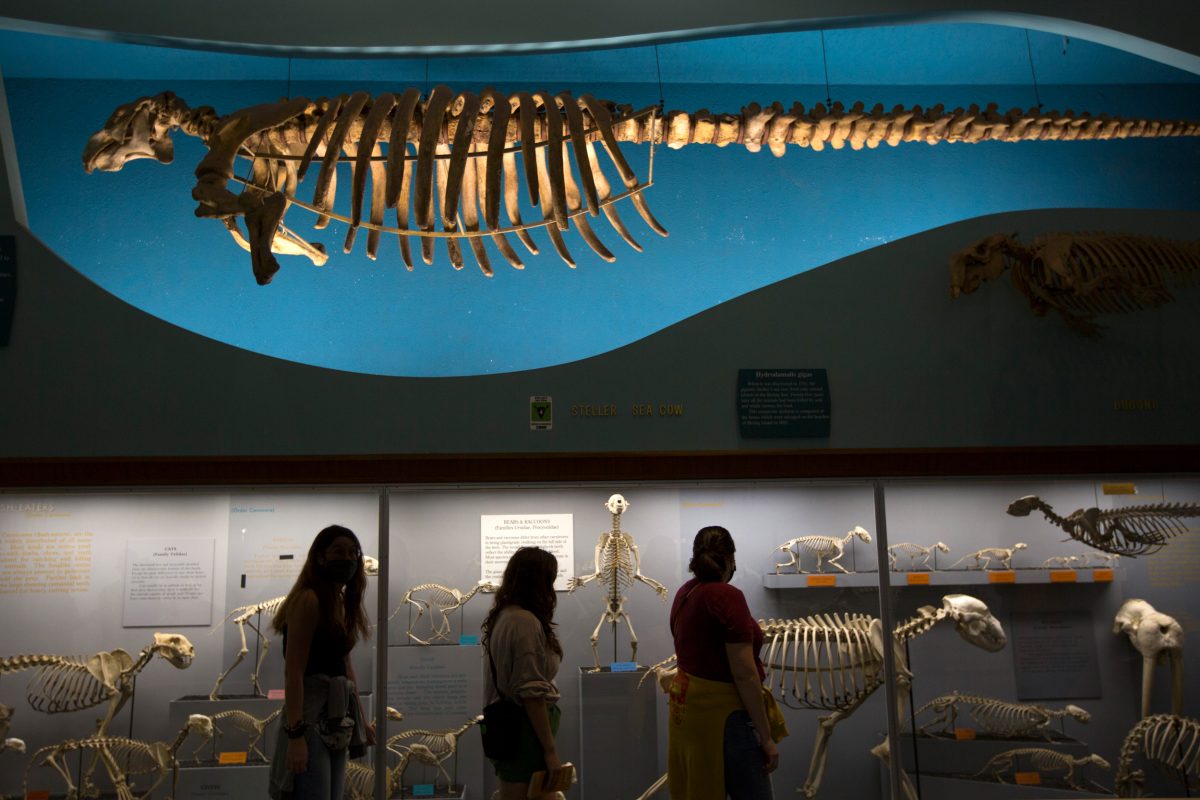 Determining how an extinct species affected its environment involves a lot of speculation. But by analyzing Steller’s observations of the sea cow’s behavior and biology, and comparing them with archaeological evidence and knowledge of modern coastal environments, Cameron Bullen, a marine ecologist who led the research as part of his master’s thesis at the University of British Columbia, explored how the giant sirenians would have affected ecosystem dynamics. He notes that while it’s impossible to test just how these megaherbivores would have affected kelp forests, “it’s hard to imagine that they wouldn’t have had any impact at all.

“[Steller’s] sea cows would have changed the way other species in the system might have interacted, and increased the productivity of the kelp forests,” Bullen says. Their consumption of the kelp’s surface canopy would have allowed more sunlight to reach the understory, benefitting kelps growing below. The sea cows’ grazing could also have affected the dispersal of kelp, spores, and nutrients within the ecosystem and to other parts of the ocean.

A modern analog for the Steller’s sea cow is its closest living relative, the dugong, says Helene Marsh, a dugong expert at James Cook University in Australia who was not involved in the study. Dugongs inhabit coastal seagrass meadows across the Indian Ocean and parts of the Pacific Ocean, Marsh explains. They are ecosystem engineers, she says, that dig up seagrass meadows, munch on plants, and spread seeds.

If dugongs disappeared, barring any major climate changes, the “community composition of seagrasses would change profoundly over a long time,” Marsh says. However, she notes it’s unlikely they’ll go extinct any time soon. Though dugongs are vulnerable globally, the population around Australia is thriving.

Scientists have long wondered how Steller’s sea cows would have engineered kelp forests, says Paul Dayton, a marine ecologist with Scripps Institution of Oceanography at the University of California San Diego. He was not involved in Bullen’s research but was pleased to see someone take a serious look at the ecological role of these extinct sea cows. While Dayton was unsure about some of Bullen’s hypotheses, he agrees that sea cows likely would have had a hand in thinning the kelp canopy and increasing the productivity and diversity of the understory.

Understanding how extinct megafauna altered the environment is key when attempting to restore habitats, Bullen says. He adds that often, ecosystem changes are assessed relative to the present when they should be compared with a historical baseline.

“We look at kelp forests, and we see them in all their wonder … but you don’t notice the things that maybe could have been there if it weren’t for human action or other influences,” Bullen explains. Thinking about the ecological ghosts of sea cows “is a valuable way of really trying to understand the past and the present of these ecosystems.”