On June 19, 1855, the Yellow River broke through its levees and sent nearly its full flood discharge—more than 2,500 cubic meters of water per second—cascading into low-lying farmland in China’s Shandong province. Though the people living alongside this temperamental waterway were accustomed to frequent flooding, this time was different. This time, the river wasn’t flooding; it was moving. Over years of continuous flooding, the river abandoned its outlet into the Yellow Sea and swept across hundreds of kilometers of land to flow north into the Bohai Sea. The river’s sudden redirection triggered civil unrest, displaced millions of people, and drowned farms and villages across northeastern China.

To geologists, this sudden shift in a river’s course is known as an avulsion, a hazard that, to this day, strains the fraught relationship between rivers and the communities that rely on them.

An avulsion is a natural process that can happen without warning. “Each river delta that avulses has its own internal clock,” says Vamsi Ganti, a civil engineer at Imperial College London. But based on new research, Ganti and his colleagues think they’ve found a way to read this clock—to predict when and where a river may shift course. In the lab, the researchers built a two-meter scale model of a river delta, and used it to identify the mechanisms that determine avulsion onset.

River deltas naturally evolve over thousands of years as sediment deposits to form large leaf-shaped landforms called lobes. Recent studies have shown that these lobes will grow to a specific length depending on the depth and gradient of the river that is building them. Once this length is reached, it triggers an avulsion.

Building on this, Ganti and his colleagues figured out how to precisely calculate this lobe length under consistent flooding conditions in the lab. In addition to river depth and gradient, the scientists also considered factors such as the water’s sediment load, the distance from lobe to shoreline, and the length of the transition zone from flowing river to relatively tranquil ocean waters. With this, the team was able to calculate where in their laboratory delta an avulsion was likely to occur. 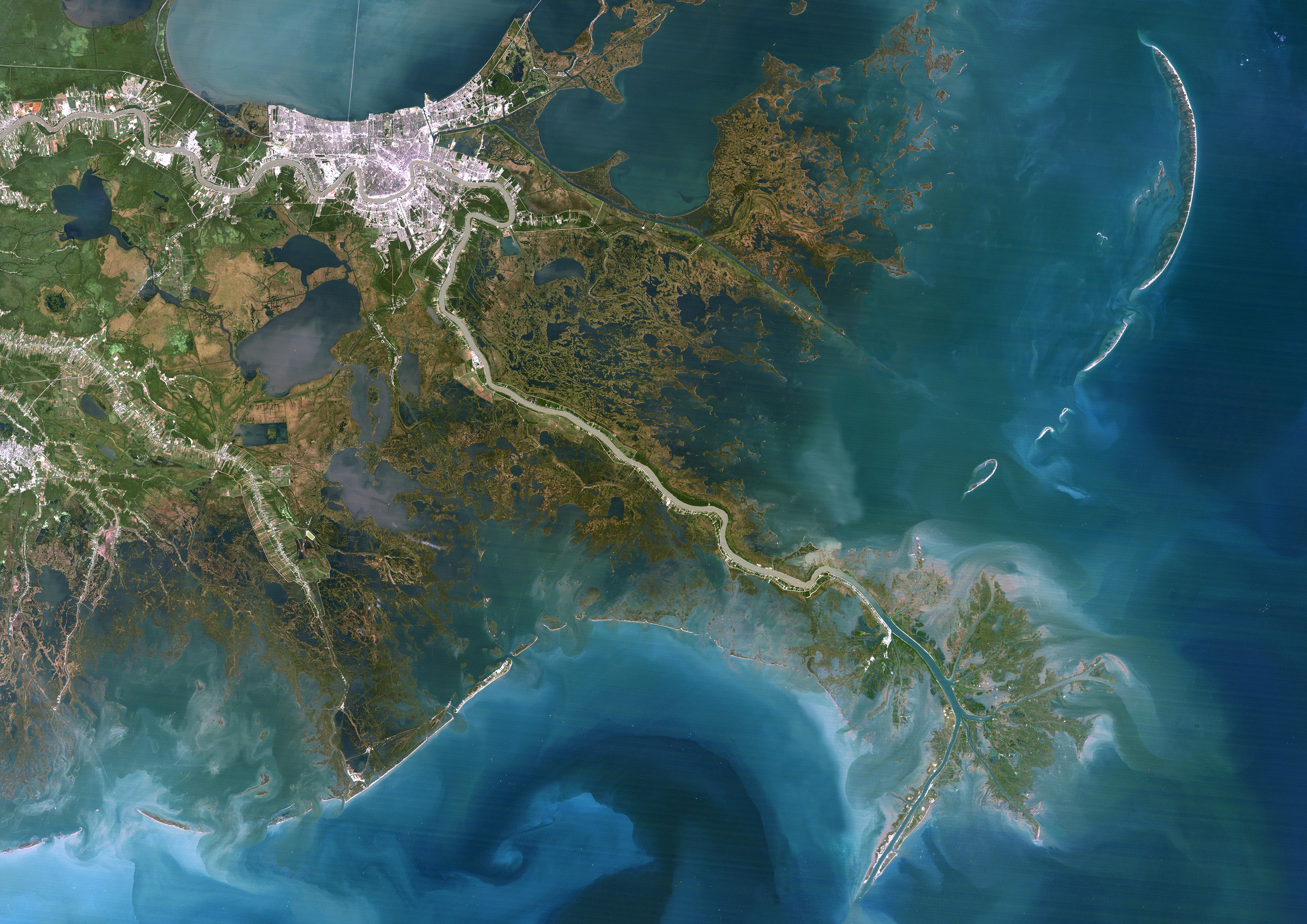 The current form of the Mississippi River delta is just one of many. Geomorphologists have identified at least six other historical lobes. Photo by Universal Images Group North America LLC/Alamy Stock Photo

If the research can be scaled up to the real world outside of the lab, the finding could be revolutionary. Hazard managers could calculate a river’s potential avulsion point, monitor flooding and sedimentation, and issue evacuation warnings—a windfall in a world where the global cost of flooding is expected to increase tenfold by 2030.

But determining where avulsions will occur is a small part of understanding the larger system, cautions Albert Kettner, a hydrologist at the University of Colorado Boulder. “Humans had, and still have, a significant impact on the morphology of deltas,” he says, and these impacts—agricultural practices, deforestation, and dams that starve deltas of sediment, for example—skew the behavior of delta systems.

There’s another human impact muddying the waters, too: climate change. “One of the predictions of our model experiment is that if you have sea level rise, then future avulsions may actually occur farther upstream,” says Ganti. This puts additional communities in jeopardy, and, according to Kettner, compounds the risks associated with highly modified waterways.

Today, nearly 98 million people live in Shandong. The Yellow River—shaped by human activity since the beginning—will avulse again, and researchers will have to account for these variables as they calculate avulsion timing. As delta cities grow, seas rise, and avulsions creep inland, it will only grow more essential that scientists keep an eye on the clock.