There are new laws in place to protect Turks and Caicos’ hawksbill sea turtles. Now the question is whether they’ll make a difference. Photo by Steve Jones/Stocktrek Images/Corbis

Thirteen years ago, when Peter Richardson arrived in the Turks and Caicos Islands, local fishermen met him with suspicion. An officer with the British Marine Conservation Society (MCS), Richardson had come to the archipelago on a government-funded project to study sea turtles. But local fishermen feared the worst. In Turks and Caicos, sea turtles aren’t scientific curiosities: they’re food.

“People assumed we wanted to ban their fishery and criminalize their activities,” Richardson recalls. 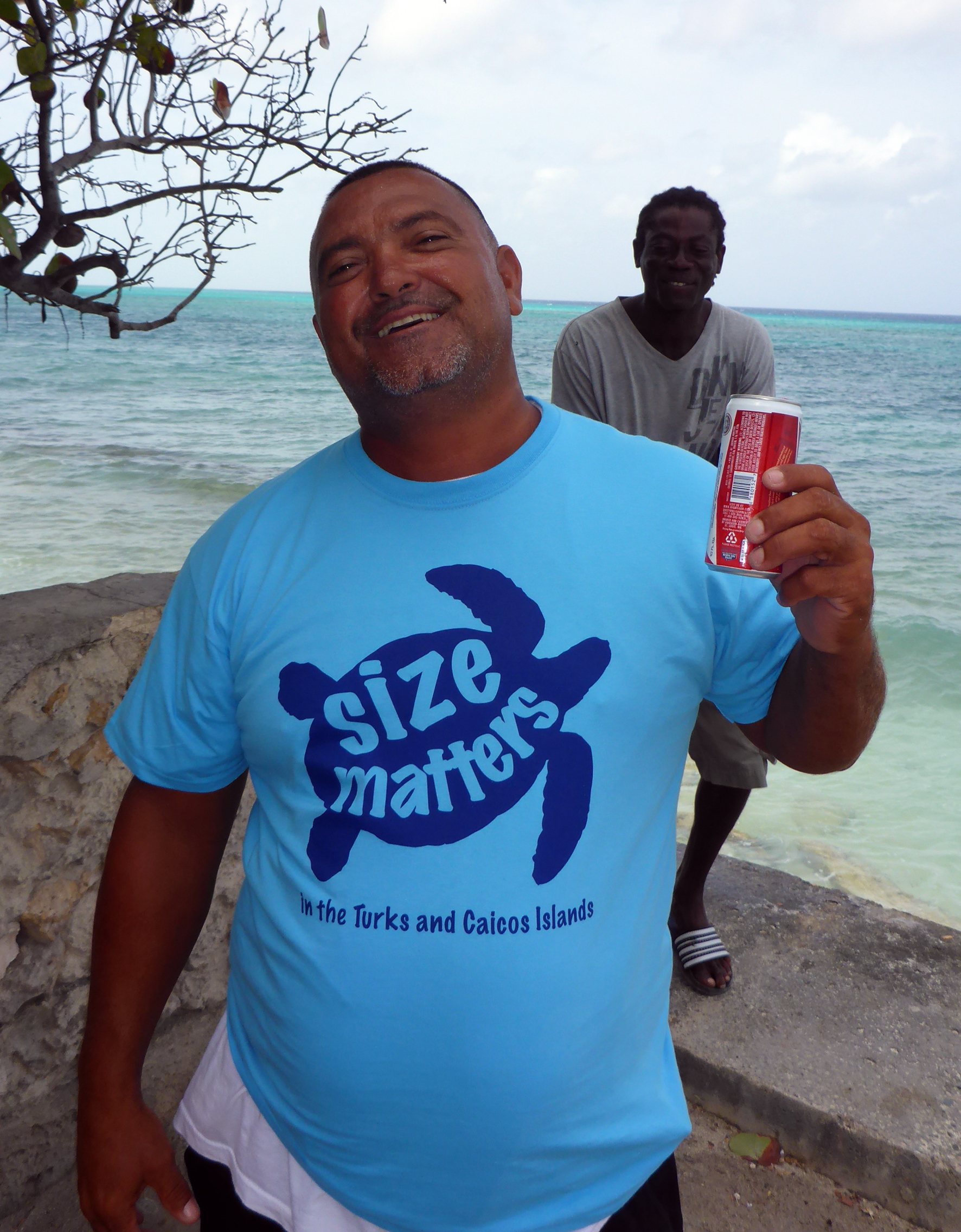 So what happened? How did Richardson and the Turks and Caicos Islands Turtle Project win the fishermen’s trust? And, perhaps more importantly, are the new regulations working?

In 2008, the Turks and Caicos government called Richardson back to the island to help improve the management of their two sea turtle species: green and hawksbill. Building on their earlier work, Richardson and his colleagues performed a battery of studies: they searched for tracks on nesting beaches; cemented satellite tags onto turtles with names like Jewel and Shyvonne; and wrangled turtles “rodeo-style” to collect demographic information.

Among their discoveries, the team learned that while green turtles will venture out on epic migrations, breeding adult hawksbills stay in the area for years. In other words, local fishing affects local turtles. Since their fates were tied more closely to practices within the Turks and Caicos, the islands’ hawksbills would require extra protection. 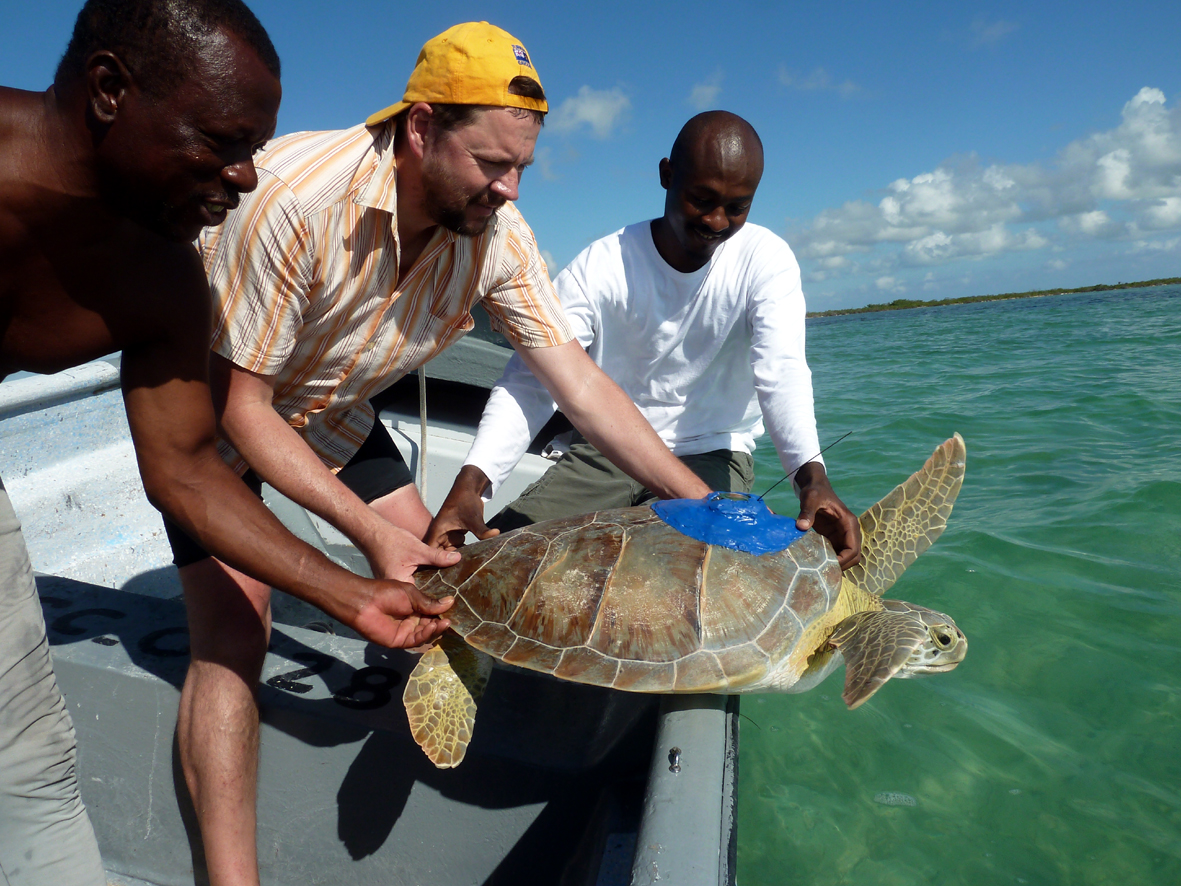 In 2011, Richardson and the MCS proposed draft regulations that would prohibit fishing on all turtles with shells larger than 60 centimeters or under 30 centimeters, a rule that would safeguard big sub-adults, breeding adults, and small juveniles. They also recommended barring hawksbill harvest during lobster season, when freedivers searching for crustaceans often grab turtles they encountered on the reef.

Yet Richardson and his team knew that for the regulations to succeed, they needed the fishermen to buy into the proposal. That’s where Amdeep Sanghera, MCS’ Turtle Project Officer, came in.

Like Richardson, Sanghera was, at first, an unwelcome presence: when he started hanging around the docks, some fishermen assumed he was a British spy. As months became years, though, he wore down their doubt, joining locals at bars, family events, and even church. And as he solicited his new friends’ thoughts on potential regulatory change, he found they’d come to appreciate his presence. “They’d never really been asked for their input into legislation before,” Sanghera says.

To gauge evolving public sentiment, the MCS team filmed dozens of residents discussing the turtle fishery and edited it into a 30-minute documentary, “Talkin’ Turtle in the Big South.” The group showed the film around Turks and Caicos, using the screenings to spark discussions and workshops about the proposed regulatory changes.

In the film and in conversation, locals revealed a complex relationship with the marine reptiles, in which affection and respect were entwined with consumption: love what you eat; eat what you love. “Our children, our grandchildren, should know about turtles,” resident Noreane Lightbourne said. “What they’re used for, where they live, how you caught them.”

When MCS showed the draft regulations to 75 turtle fishermen, not all the proposals met with approval: at the fishermen’s behest, the conservationists agreed to raise the minimum harvest size from 30 centimeters to 45 centimeters. Still, to Richardson, it was a fair negotiation. The regulations could meet the needs of the turtles, he says, “but also be practical and acceptable.” In 2014, the government adopted the MSC proposal as law.

Of course, even the toughest rules are only as strong as their enforcement—and one year in, Richardson isn’t yet certain whether Turks and Caicos’ fishermen are following the new regulations. When he returned to the islands this past May, government officers offered mixed reviews about compliance.

The good news is that local fishermen appear to be skipping over the protected jumbo-size greens and hawksbills. But in the South Caicos, they continue killing too-small turtles. Now Richardson and Sanghera are seeking funding to get back to Turks and Caicos to raise awareness about the new laws and monitor enforcement. “The job is certainly far from done,” says Richardson.