Workers look down at the massive blades of the turbine at the Volga Hydroelectric Power Station in Russia. Photo by Dmitry Rogulin/ITAR-TASS Photo/Corbis

In the late 2000s, Brenda Pracheil was studying paddlefish migrations in the Missouri River when she started noticing gruesome wounds on her subjects’ oddly shaped faces. Paddlefish, an ancient cousin of the sturgeon, derive their name from their oar-shaped bills—snouts that Pracheil often saw gashed, bent, or amputated altogether. “It was pretty crazy,” she says. “Once we saw a chopped-off head floating by in the water.”

It didn’t take much detective work to deduce the culprit: the Missouri River’s dams. Paddlefish were passing through electricity-generating turbines as they swam downriver, and suffering catastrophic injuries as they squeezed past the spinning blades. Though Pracheil has since moved to the US Department of Energy’s Oak Ridge National Laboratory, where she’s an aquatic ecologist, she’s maintained her dam focus. In a new study, she’s revealed significant shortcomings in our understanding of how hydroelectric infrastructure harms fish—deficiencies that might be causing scientists to underestimate the threat that dams pose to many species.

When you think about dams and fish, you most likely picture an adult salmon swimming upriver, her belly full of eggs, bumping her head against an impassable concrete wall. But dams don’t just impede fish moving upriver, they also harm migrants heading downstream. Often, swimming downriver through a dam means passing through turbines—whirling, power-generating apparatuses that can weigh as much as a 747 airplane.

For a fish, passing through the turbines’ spin cycle is a perilous ordeal, and death can arrive in myriad ways. If you’re large-bodied, like Pracheil’s paddlefish, you risk being sliced and diced; if you’re small and fragile, like juvenile salmon, the turbulence can literally rip off your scales. Fish of all sizes risk succumbing to barotrauma, when rapid pressure changes rupture swim bladders and pop eyes from heads. Yet when it comes to killing fish, not all turbines are created equal. 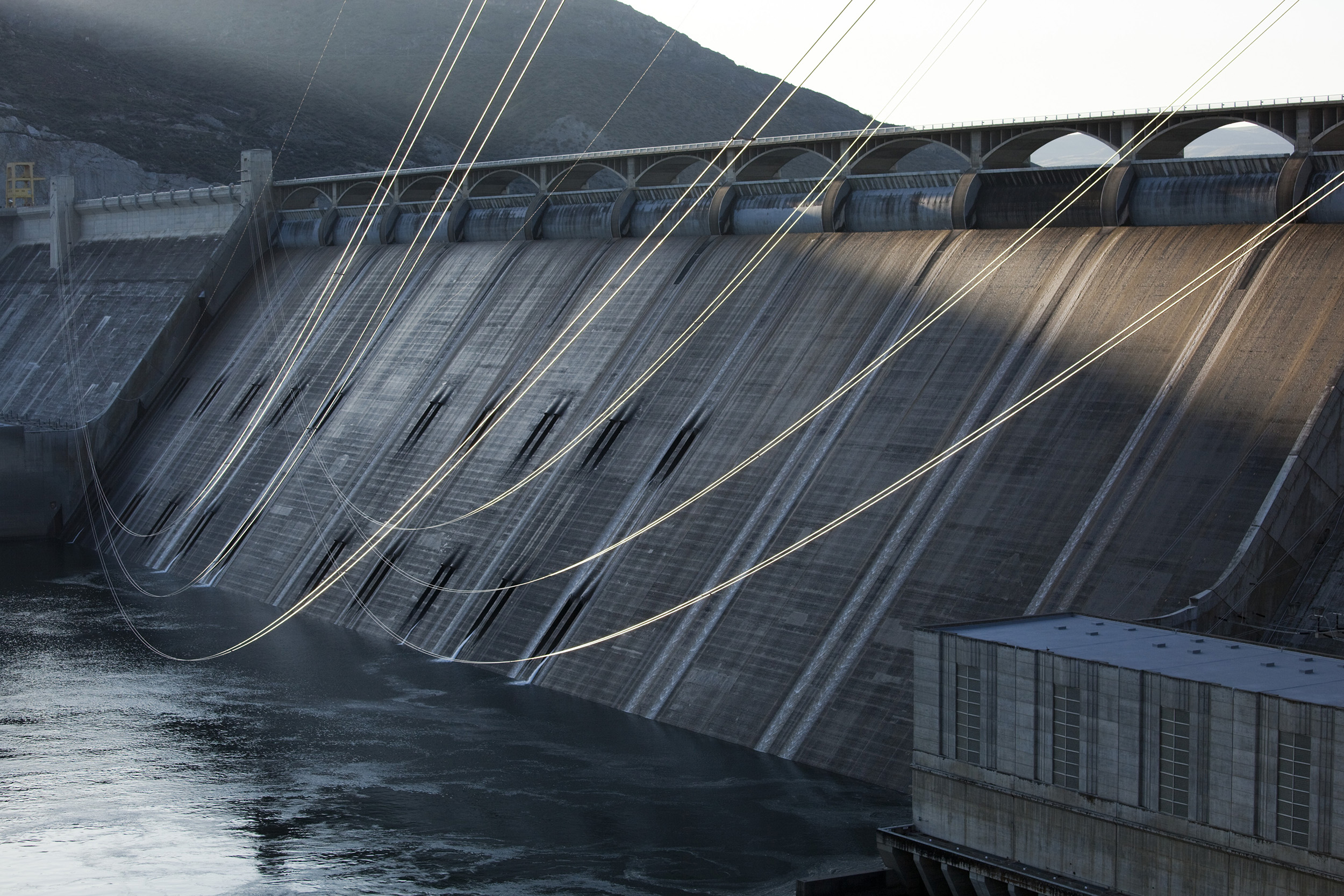 In the United States, dam operators use around a half dozen different types of hydroelectric turbines. Most dams, however, use one of two varieties: the Kaplan or the Francis. The Kaplan turbine is essentially a giant propeller, one that wouldn’t have looked too out of place on the stern of the Titanic. The Francis, meanwhile, is a more elaborate beast—a nautilus-shaped whorl whose guts bristle with blades.

Francis turbines, which are better at handling the high pressure exerted by deep reservoirs, are the more versatile and popular option, generating 56 percent of America’s hydropower. Yet when Pracheil pored over the existing research on the effects of turbines on fish, she discovered that Francis turbines have been proportionally understudied compared to the Kaplans. What’s more, Francis turbines are far more lethal: Pracheil found that while just 8 percent of the fish that pass through Kaplans die, the toll is a grisly 28 percent in Francis turbines.

So why are scientists devoting less research to the deadlier machine? The blind spot, Pracheil says, likely exists because Kaplan turbines—though less common nationwide—prevail in the Pacific Northwest, where studying the ecological impacts of hydropower on salmon is a booming scientific industry. “You work on what there’s money for,” Pracheil explains, “and there’s a lot of money for salmon in the Pacific Northwest.” 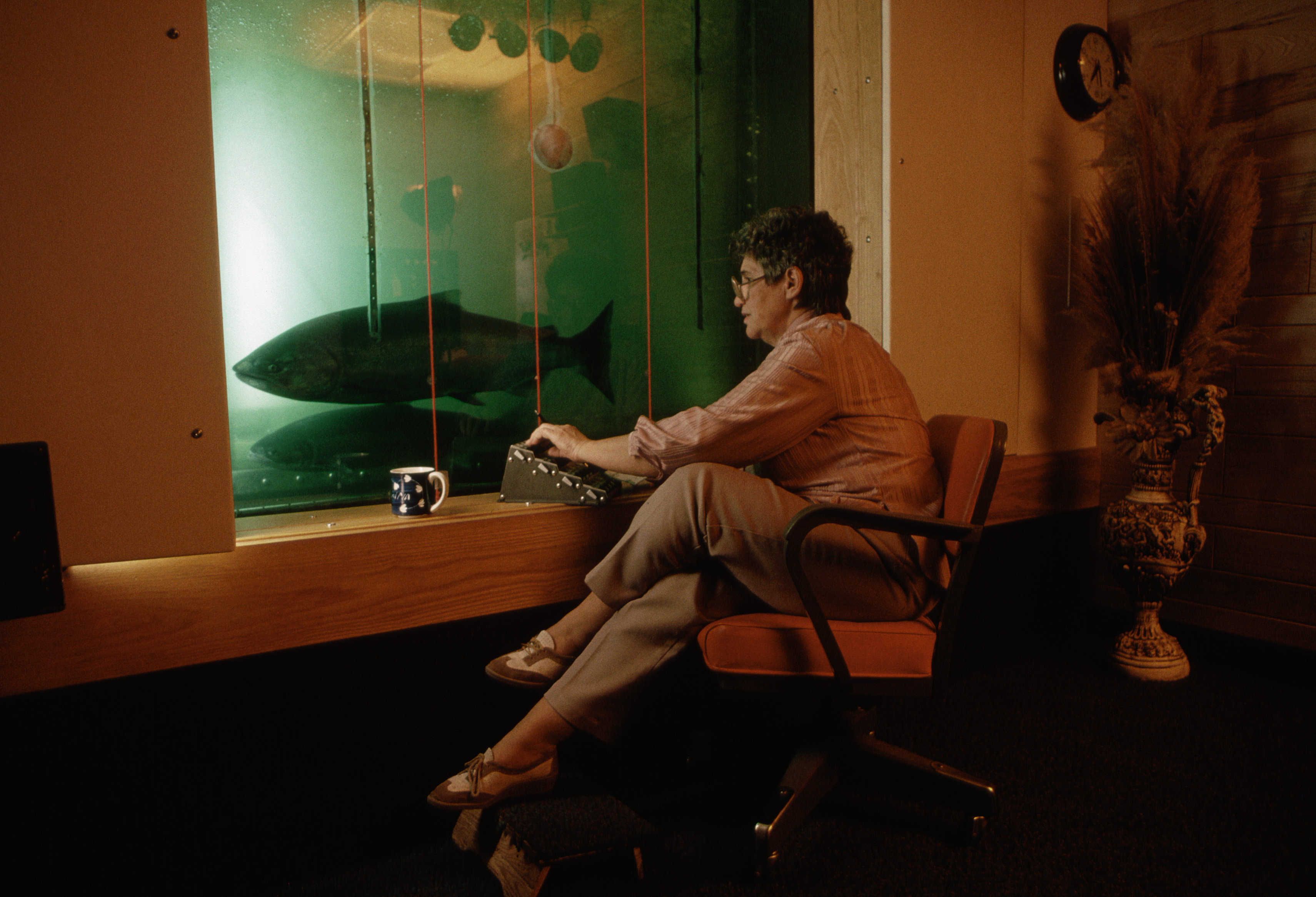 A woman counts salmon as they pass through the Bonneville Dam, a Kaplan turbine hydroelectric dam also on the Columbia River. Photo by Natalie Fobes/Corbis

That Northwest bias has another consequence. While most research has focused on salmonids, scientists have spent comparatively little time studying how other families cope with turbines. Biological differences between fish, however, may have big implications when it comes to mortality. For example, while salmonids have open swim bladders, other common species, like walleye and perch, possess closed bladders. Though salmonids can burp to reduce their internal pressure and avoid barotrauma, their closed-bladder counterparts exchange gases through their bloodstream, a lengthier process that may make walleye and their cousins more susceptible to pressure fluctuations.

Recognizing such scientific biases, Pracheil says, should help scientists ask better questions about how turbines affect a broader menagerie of species. That information, in turn, could guide the engineers who design power-producing blades. Indeed, the US federal government has already made plenty of progress on the Columbia River, where many dams sport screens over turbines, and so-called “spillway weirs” keep juvenile salmon near the surface. As Pracheil’s study demonstrates, however, focusing research solely on the Northwest’s salmonids, and the Kaplan turbines they swim through, can leave other species in the dark. It’s time to make all turbines safer for perch, paddlefish, and every river-dweller in between.