In the shadow of the Kennedy Space Center, in Florida’s Merritt Island National Wildlife Refuge, a quiet invasion is taking place. Amid the brackish water and rustling grass that dominate this salt marsh ecosystem, thickets of mangroves—known locally as “walking trees” for their spindly wooden “legs”—are putting down roots. Mangrove forests are critical tropical habitat and are disappearing worldwide. But in Florida, mangroves are booming.

Helped along by rising temperatures, mangrove coverage in the Sunshine State’s northern reaches has doubled over the past 30 years. Similar mangrove explosions have been reported in Texas, as well as New Zealand and Australia. This should be great news for the flagging ecosystem, but the mangrove takeover in Florida is a hostile one. Given time, the colonizing mangroves are likely to entirely consume some of the state’s iconic salt marshes.

Coastal ecologist Samantha Chapman from Pennsylvania’s Villanova University and doctoral candidate Cheryl Doughty visited Merritt Island in 2013 to get a sense of how the area could change if the mangroves have their way. Such a shift could be dramatic, they found, but the mangroves’ takeover will have considerable upsides. The trees’ arching roots should help fight erosion and protect the coastline against rising seas, Doughty says. The mangrove forests will offer 800 percent more protection than salt marshes against waves and storm surges, reducing the height of incoming waves by up to 90 percent. In hurricane-prone Florida, this level of protection would be worth around US $4.9-million.

Mangroves are vastly superior to salt marshes at stopping waves and erosion, Doughty says. “But we’re only looking at a really small subset of ecosystem services these species provide. There are going to be trade-offs.”

The potential benefits of mangroves are easy to imagine, but the trade-offs Doughty alludes to are more difficult to quantify.

In another recent study, University of California, Los Angeles geographer Kyle Cavanaugh and his colleagues surveyed the scientific literature to get a bead on how the mangroves’ takeover could affect the Florida marsh ecosystem. Here, the results are a little more troubling.

Salt marshes are better carbon sinks. When a storm or logging activity wipes out mangroves, their carbon is released into the atmosphere. Marsh grasses, however, lock the carbon deep underground in their expansive root systems. While some studies suggest that mangroves can also hold their share of carbon, it seems to take decades for them to successfully transfer it down to their roots.

The marsh-to-mangrove transition will also be a blow to species that rely on marsh ecosystems. For aquatic species, the effects may not be that bad, Cavanaugh says. Some species of crustaceans, for example, can live in both habitats. The effects on fish will likewise vary from site to site. But for birds—from migratory songbirds to the endangered whooping crane—the salt marshes are vital. Salt marshes offer abundant food, places to nest, and clear sightlines to keep safe from predators. These are things that could disappear with the arrival of mangroves. 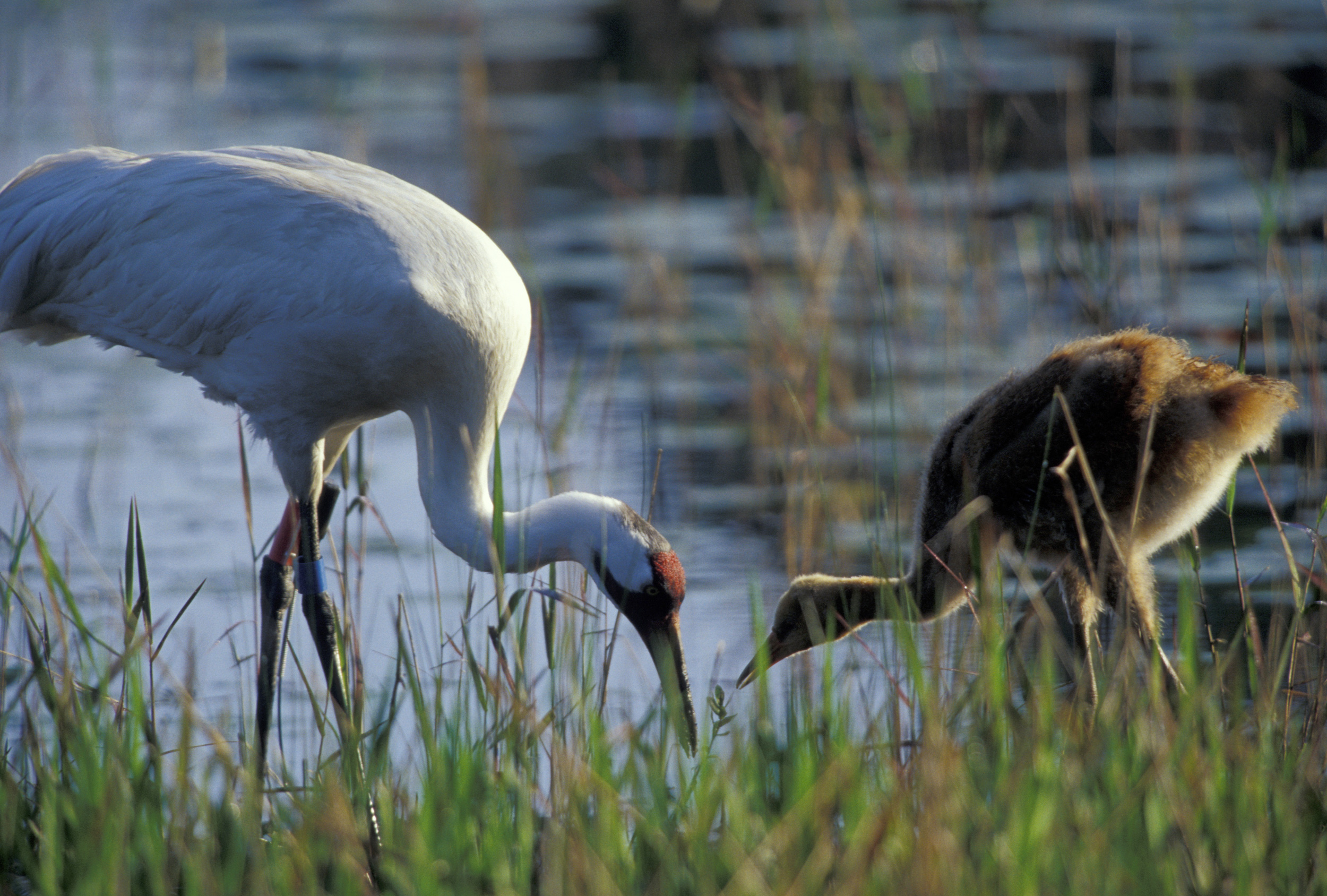 The salt marshes that whooping cranes and other birds rely on in northern Florida could be taken over by mangroves. Photo by Danita Delimont/Alamy Stock Photo

All of this leaves those managing coastlines with a couple of options, Cavanaugh says. They can remove mangroves to protect ecological or cultural areas—the approach being taken in the Hunter Wetlands National Park in Australia. They can sit back and let the ecosystem transition. Or they can encourage the change.

“Going forward, there might be some pressure to take mangroves into these areas and introduce them to stabilize coasts, deal with erosion, and stop habitat loss,” Cavanaugh says. “But managers need to take a more holistic view.” It’s important that people understand the impact of different management styles with mangroves, he cautions, and not fixate on a particular outcome, whether that be cleared beaches or buffers against erosion.

Ultimately, rapid sea level rise may be too much for either mangroves or salt marsh ecosystems to survive, Cavanaugh says. With increasing coastal development in Florida—including in the southern portion of Merritt Island—the walking trees and marshlands could find themselves squeezed between municipalities and rising water.

“It’s hard to know exactly what we need to do in order to ensure that these systems remain resilient,” Doughty says. “It’d be nice to get everyone on the same page and make sure we can preserve as much as we can into the future.”