It’s long been known that whales play an important role in cycling nutrients through ocean ecosystems. Filter-feeding baleen whales have huge appetites, and their equally massive post-meal expulsions spread nutrients that marine organisms need in order to thrive. Yet as a new study shows, scientists have been underestimating the daily prey intake of baleen whales. The real number is at least three times higher than previous estimates. The finding, says Matt Savoca, a postdoctoral fellow at Stanford University in California and lead author of the study, suggests that helping whale populations rebound to preindustrial-whaling levels can have an even bigger effect on their ecosystems than previously thought.

Savoca says that baleen whales are tricky to study, as they can’t be kept in captivity and often feed at depths where they are hard to observe. In the past, scientists have estimated how much they eat by measuring the stomach contents from carcasses or by extrapolating from the metabolic rates of other animals. New technology over the past decade, however, has made it possible to collect more-accurate data.

From 2010 to 2019, Savoca and his colleagues tagged 321 baleen whales across seven species in the Atlantic, Pacific, and Southern Oceans, allowing them to analyze behavior that occurred underwater. They used drones to measure each whale’s body length, while the high-resolution tags collected data, including video, that let them track the whale’s speed and orientation to pinpoint when it lunged for food—similar to how iPhones track steps. Once they knew how often the whales lunged, they could calculate their daily food intake based on prey density and how much each species can swallow in one mouthful. 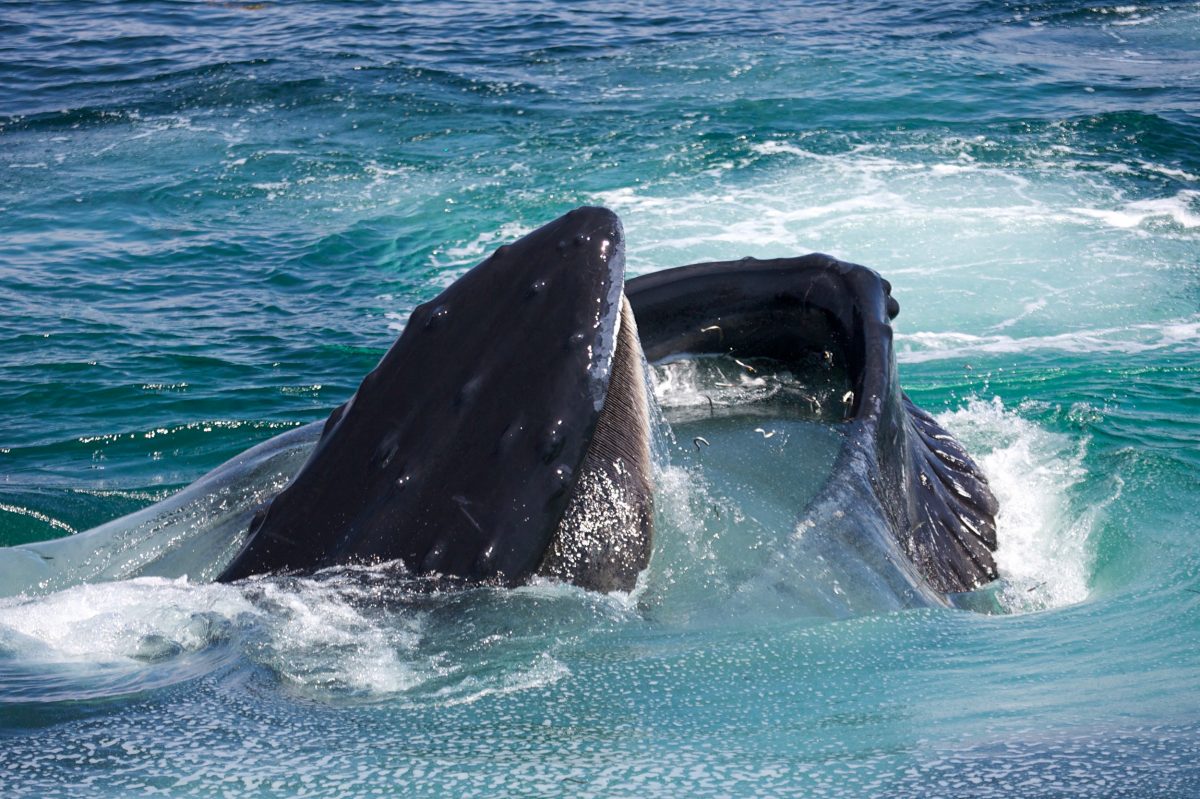 The data shows, for example, that a blue whale in the North Pacific eats 10 to 22 tonnes of krill in a day. That’s about 40 million calories—the equivalent of roughly 71,000 Big Macs, Savoca says. Blue whales don’t eat every day, but when they do, they’ll lunge after prey for 15 hours, all while digesting massive amounts of food. Savoca compares the feat to eating a buffet while running a marathon.

Though the study reveals how much baleen whales can consume daily, determining a definitive annual estimate is more challenging. Many baleen whales feast for 90 to 120 days out of the year and then fast or eat very little the rest of the time, Savoca explains.

Joe Roman, a conservation biologist at the University of Vermont who was not involved in the study, isn’t surprised by the findings, as he’s been following the research closely. But he says it’s advantageous to glimpse whales’ life underwater. “The more we understand the role of whales as predators, the more we’re going to understand how they move nutrients,” he says.

Asha de Vos, founder and executive director of Oceanswell, Sri Lanka who leads blue whale research around the northern Indian Ocean and who was not involved in the study, says the findings underscore the importance of whales: “This paper gives us the science to justify even more strongly why we need to protect these animals.”