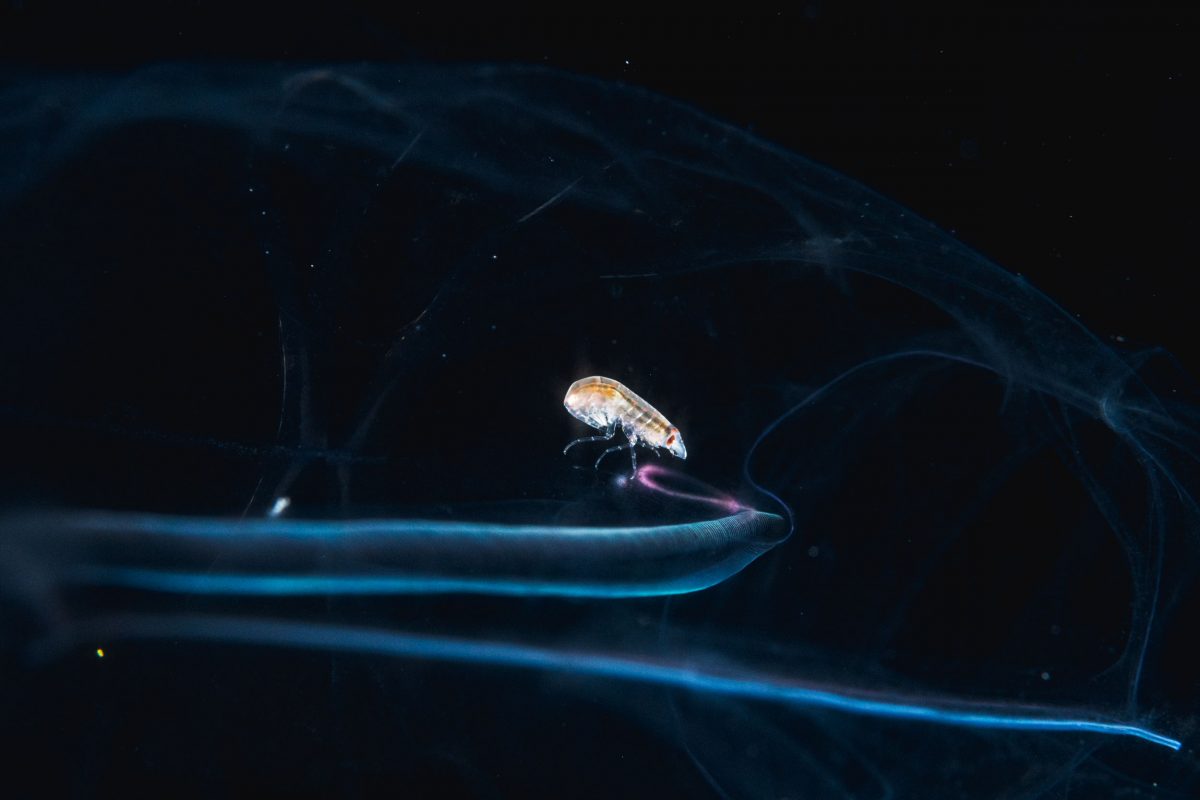 For several days in 2019, the Greenpeace ship I was traveling on steamed away from Bermuda into the Sargasso Sea, a massive gyre in the Atlantic Ocean known for a type of floating seaweed called sargassum. Greenpeace was advocating for international protection for the region, and I was along to help document biodiversity. Each night, a small crew of us would push away from the mother ship in an inflatable boat. First, I’d look up to appreciate the brilliant night sky in an area with zero light pollution, and then would dive into the ocean, flashlight in hand, where marine snow—specks of organic matter or other debris filtering through the water—mimics the stars above. The difference is that underwater there are aliens. Lots of them. During one dive, my light beam revealed a transparent sea squirt, a type of pelagic tunicate that pulses along in the open. It was spinning and turning and was no bigger than an eraser, but I could instantly see that it had a hitchhiker: an amphipod about the size of a fingertip had climbed inside. I captured this image by shooting through the tunicate’s skin; what looks like a blue-tinted smoke trail or galaxy is part of the tunicate’s body.