To mine the deep sea means long—and costly—expeditions to the middle of the Pacific Ocean, with technology that’s still being tested. Shallow waters on the continental shelf, however, are more attractive for prospective miners. Glimmering in the shallows are gemstones such as diamonds, along with phosphorites, metallic minerals like gold and tin, and polymetallic nodules—small rocks that contain cobalt, nickel, manganese, and copper.

A recent study mapped the mineral resources off coastlines on every continent except for Antarctica, where mining is banned. Some shallow-water mining operations have been in place for decades. In Namibian waters, companies have mined for diamonds since 2002. And tin dredging off the coast of Indonesia is the largest marine metal mining operation in the world. In contrast to deep-sea miners who are looking for polymetallic nodules at depths beyond 3,500 meters, a Swedish company plans to test-mine the sea that separates Sweden and Finland—at depths of less than 150 meters. Most shallow-water mineral resources remain unexploited, but for how long? 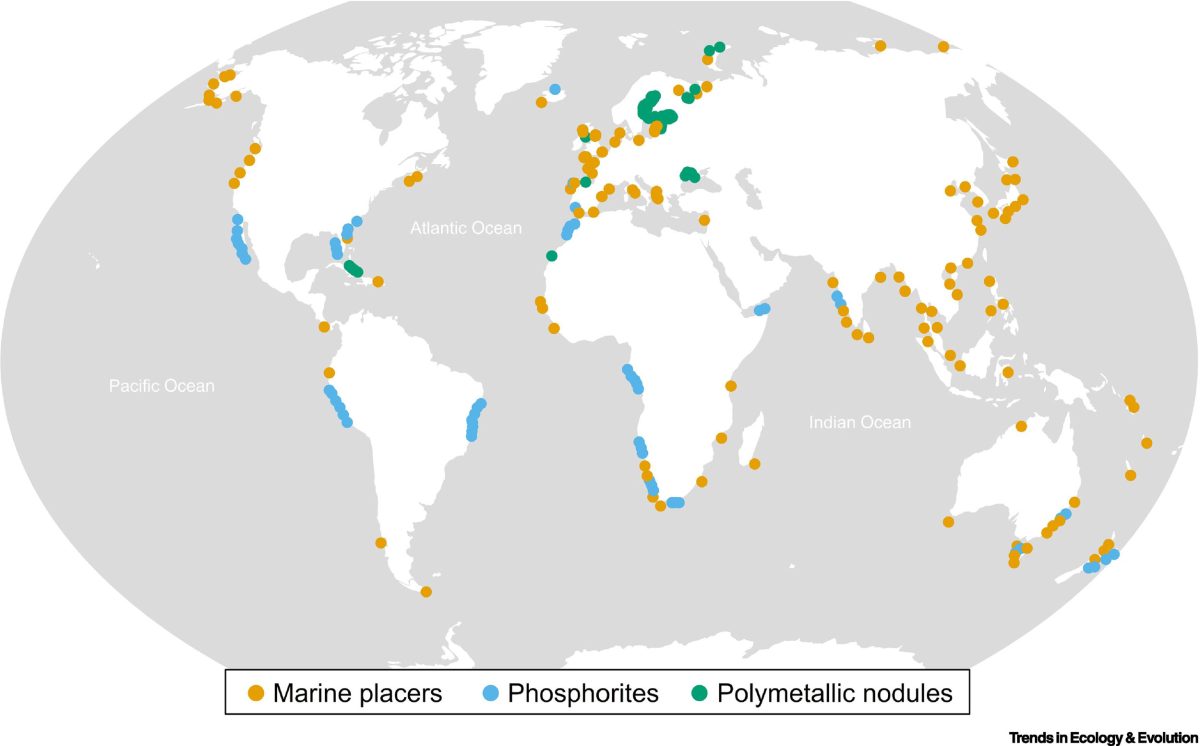 The map shows an overview of three kinds of mineral resources in shallow waters: marine placers (such as metallic minerals or gemstones), phosphorites, and polymetallic nodules. These resources have extraction potential based on how close they are to the coast and the depth at which they are found. Map by Kaikkonen et al.

The study argues that there is practically no debate on the impacts of shallow-water mining. Mining could affect ecosystems on the seafloor and the water column with recovery taking years to decades. While shallow-water ecosystems recover faster than deep-sea communities, the effects of mining are still significant in coastal areas. Mining could remove seabed habitat, potentially causing local extinctions, and sediment plumes can suffocate marine organisms and affect water quality. Shallow-sea mining operations risk affecting local people, either through infrastructure on land or through negative impacts to the marine ecosystems that they rely on.

Coastal environments are already overburdened by the cumulative impact of climate change and various industries. Coastal mining is yet another industrial layer, one that has significant knowledge gaps. Mining in shallow waters is also what the study authors term a “regulatory gray area.” While still a work in progress, international law—the Mining Code—applies to deep-sea mining. Shallow-sea mining, however, relies on nations for regulation and not all countries have strong environmental laws in place. The study finds that shallow-sea mining is not a low-risk panacea to meet society’s demand for minerals.