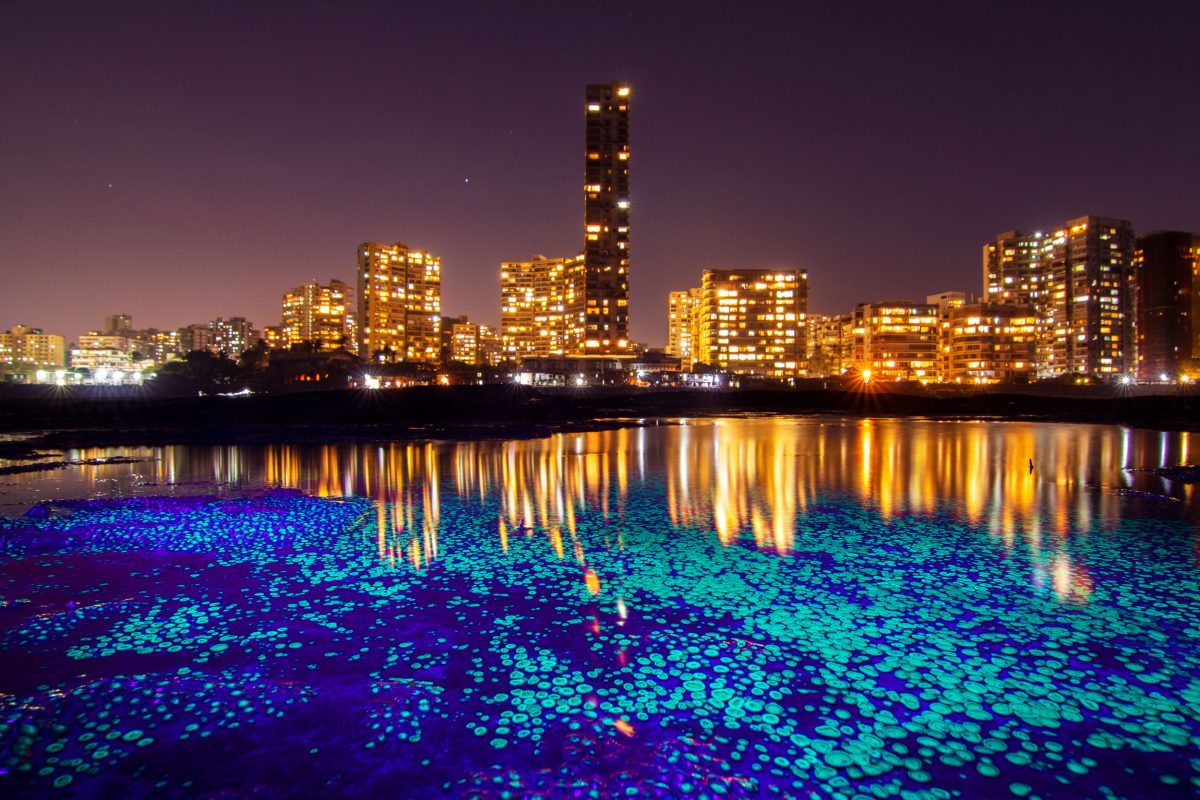 On a chilly January evening in Mumbai, India, as the sun set and the glow of the city lights took over, I witnessed a different, eerie glow from the seashore.

It came from a colony of zoanthids—a relative of coral—commonly known as green button polyps. During low tide, mats of green button polyps can be found in tide pools along a few rocky stretches of Mumbai’s shoreline. I knew that other marine animals, such as some hard corals, display ultraviolet light–induced biofluorescence and was curious to see if this species would do the same.

So I brought a small LED UV flashlight to one of my favorite tide pools. Sure enough, once the sky was dark, every single zoanthid polyp touched with UV light started glowing neon blue! Shivering against the cold winds, I set up my camera on a tripod and took a long exposure shot, while slowly light painting the polyp colony with the flashlight for a few seconds.

Discoveries like this have been common over the past four years as I’ve explored my city’s shores as a part of the Marine Life of Mumbai collective. We document the rich and often ignored marine biodiversity of the city’s coastline and spread awareness about it through guided shore walks and our Instagram page.