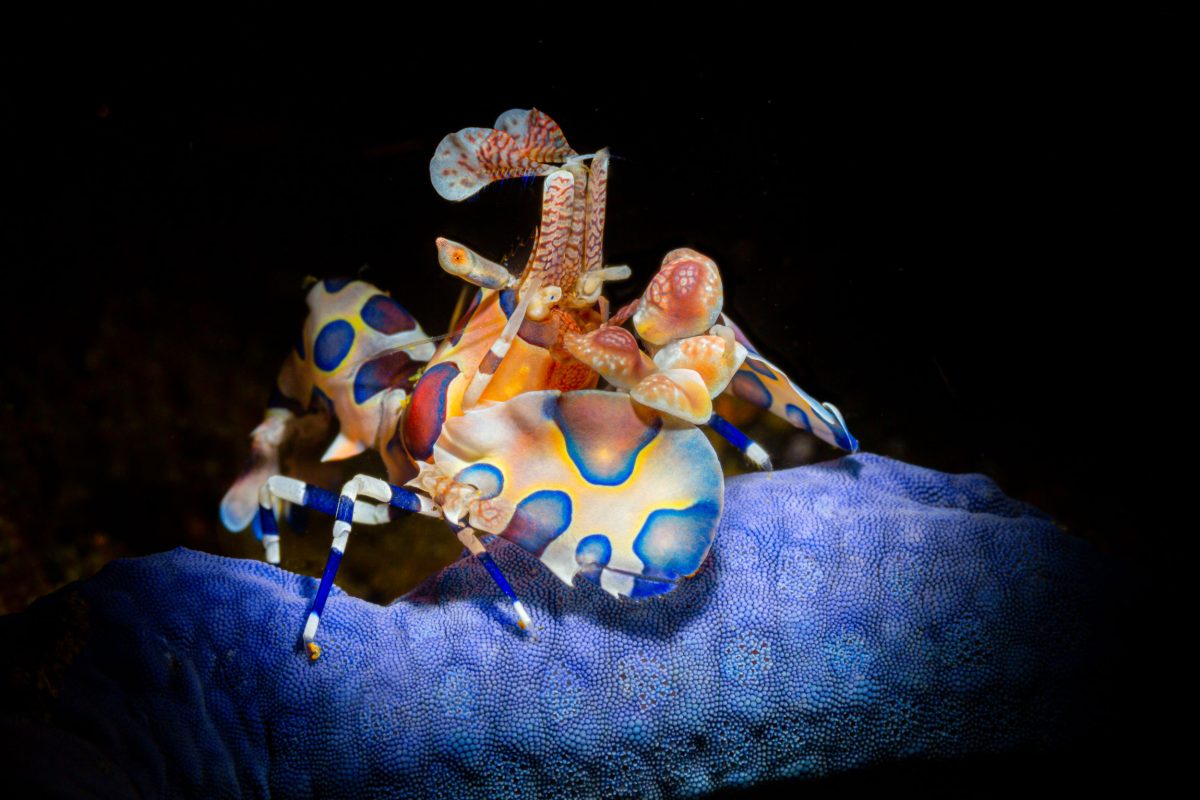 A harlequin shrimp’s jaunty coloring belies its killing tendencies. The shallow-water dweller, roughly the size of a plum, feeds exclusively on sea stars. To prepare for a meal, the shrimp flips its prey over and then breaks into it with special front mandibles. I have observed harlequin shrimp removing whole arms off their victims. Yet, I have never seen a harlequin shrimp with a dead sea star. I suspect the shrimp dissect a few limbs and then release their prey. Perhaps their intention is to ensure a continuous food supply, as sea stars are generally able to regenerate lost arms.

I found this particular harlequin in Anilao, Philippines, perched on a blue sea star. Small subjects often blend in well with their environments, so I used a snoot—a photographic tool used to control where the light from a strobe falls—to separate the shrimp from the background. Visually separating the shrimp and sea star from distraction reinforces the connection between the two animals and speaks to the eternal story of survival—and the dynamics of predator and prey, life and death—on our fragile blue planet.