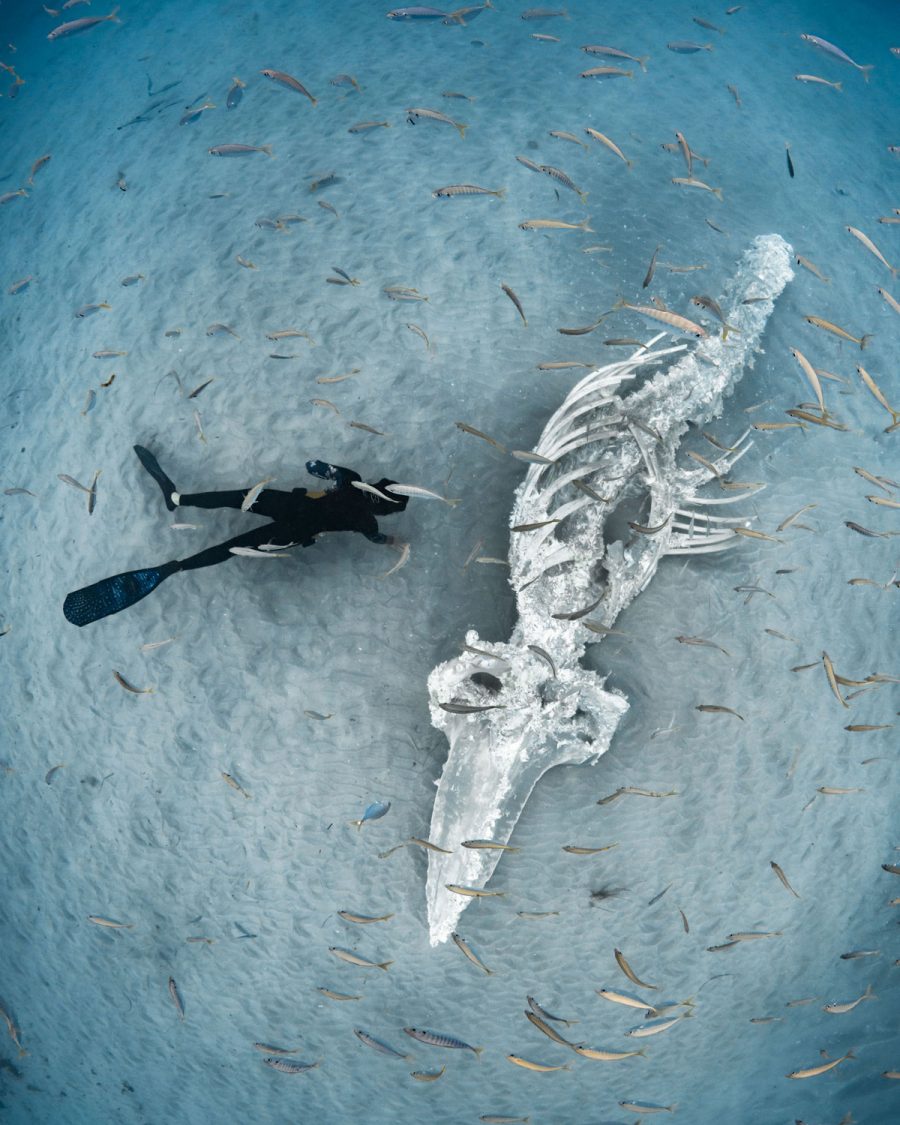 My partner, Elle Mayell, and I were looking for manta rays along the west coast of Australia when we noticed an unusual flat streak across the water’s surface running a few kilometers out to sea. A few days earlier, we had heard that a sick humpback was being stalked by sharks and wondered if the oily slick could be from that same animal.

Once we drew closer, we noticed seabirds pecking at the water, and downwind, the smell of dead whale became unmistakable. Gagging and trying not to lose our breakfast, we searched along the slick line until we happened upon a shimmering white mass. Peering over the side of the boat with a mask and snorkel, we discovered the whale skeleton, about six meters below.

The carcass had been stripped of flesh, with just enough left to hold the bones together. Most of the sharks had already moved on; only a few bull sharks, a bronze whaler, and one tiger shark remained, though they shied away when we entered the water.

Freediving to the skeleton was one of the most unique experiences I have had in over 15 years of diving. Hours later, the carcass would collapse as scavengers consumed the last of its tissues.

Humpback whales are one of the few conservation success stories around the world. Whaling decimated the western Australia population to around 300 individuals, but it has since recovered to over 40,000.

With that recovery in population comes an increased number of sick or injured animals, which can provide an essential boost in nutrients for other wildlife and the ecosystem.