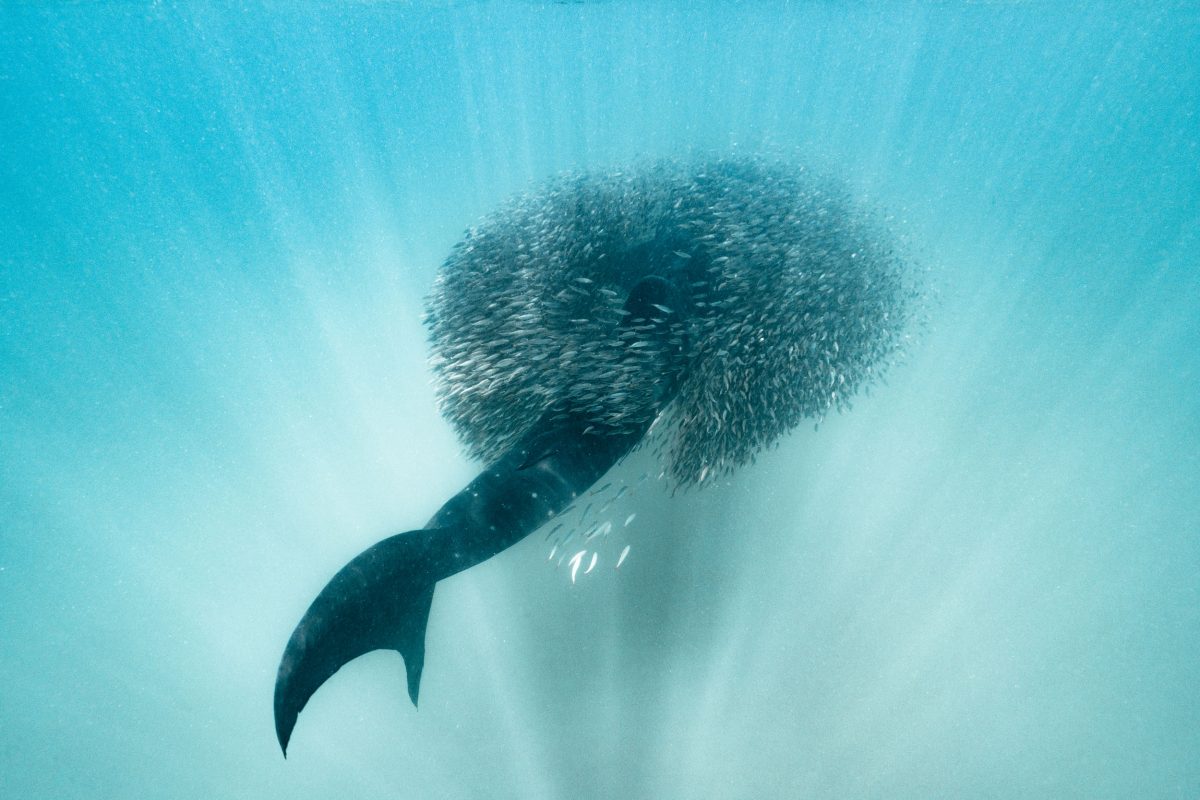 I traveled to Mafia Island in Tanzania to join scientists with the Marine Megafauna Foundation, who are there studying a unique population of juvenile whale sharks. They’re the only whale sharks in the world considered residents, remaining in the same place year after year.

Jumping into the ocean, I never really know what to expect—even whale sharks, the largest fish in the world, can be hard to catch a glimpse of—so I hadn’t dreamed of an image like this. But on my second day in the water, I came across this shark surrounded by a school of herring. Both species feed on tiny shrimp in the waters surrounding the island, and the herring follow the sharks to take advantage of their keen ability to find the food.

While I got a few head-on images of the shark surrounded by herring, it was this one, taken as the swarm of fish moved away from me, that was most memorable.