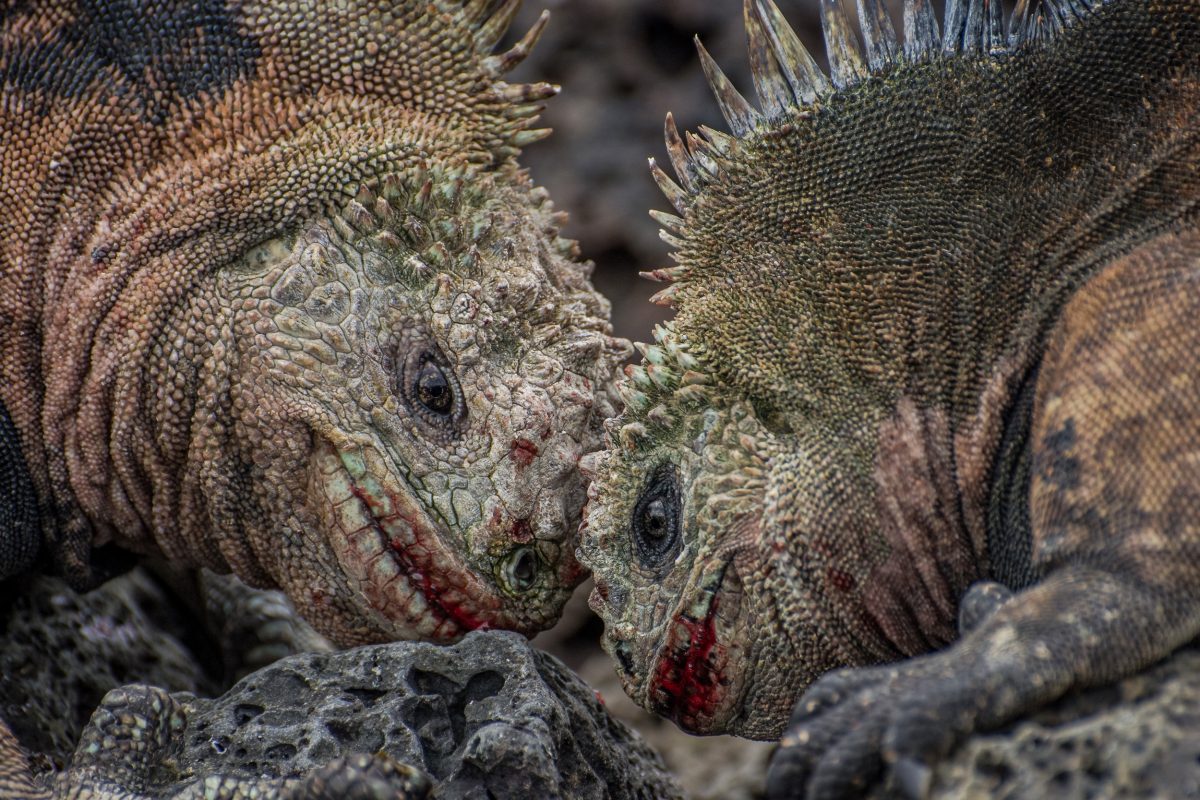 On a visit to the islands, I watched these two large males collide, each attempting to force the other’s head down and to push its opponent backward. They were lords of their section of coastline, and each had already won fights earlier in the day against smaller males that got too close to the females basking nearby.

Most of those territorial altercations were over in a few moments with the defeated individual scuttling away over the lava rocks. But when these two dominant lizards inevitably clashed, they were more evenly matched and too stubborn to forfeit. Their headbutting and heaving continued until they were both battered and bloody. The fight finally ended after about five minutes when the iguana on the right lost its footing and was plowed off the rock by its advancing opponent. The loser didn’t have far to fall and quickly got to its feet and retreated, otherwise unharmed.