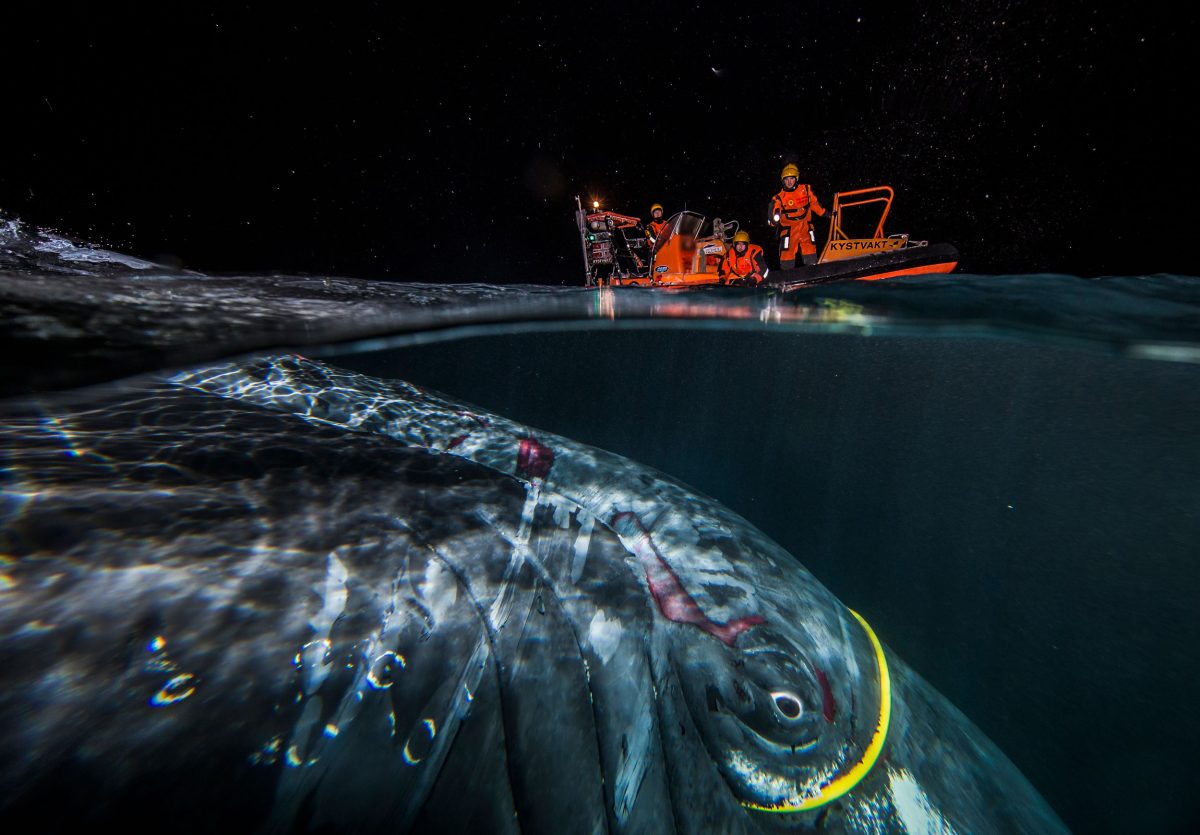 I was out in my boat taking pictures of the flukes of humpbacks feeding on herring during the dark polar winter in Kaldfjorden, a fjord near Tromsø in northern Norway, when a friend called and reported he had seen a whale entangled in what he thought was a fishing rope.

I alerted the local coast guard and then traveled to the site the same night, during a blizzard, to free the whale. After an hour or so of searching, my friend and I spotted the animal. It came over to our boat and for four hours we struggled but couldn’t cut the animal loose. The whale stayed right alongside my tiny boat the whole time; at 30 tonnes, it could easily have tipped us over, but seemed eager for help. I even hugged it a couple of times, reassuring it that we would do all we could.

The coast guard crew arrived after a few hours and attempted a rescue but eventually also had to give up. The whale luckily survived the night, so in the morning, a diver from the nearby fire and rescue department went down with pliers and investigated. He discovered that the whale was not actually wrapped in fishing rope but a cable that had tightened around its head, then went through its mouth, around a fin, and cut through its tail. The three-centimeter-thick cable, we realized, was a subsea internet cable that should have been almost 200 meters down on the seabed.

Suddenly, the whale managed to break free—whether from its own strength or from the diver weakening the cable, I’m not sure. It slowly swam away.

My village, Skulsfjord, and other villages along the coast, had no network or cellphone coverage for several weeks until the cable was replaced. The internet company blamed me and the fire department for the disruption and asked us to pay the repair bill of €145,000 (US $150,000). We never paid. I would have given a lot to know what happened to that injured whale, though. It had not been spotted in the area before and hasn’t been seen since, and I was never able to retrieve the tracking tag I attached to it with suction cups.