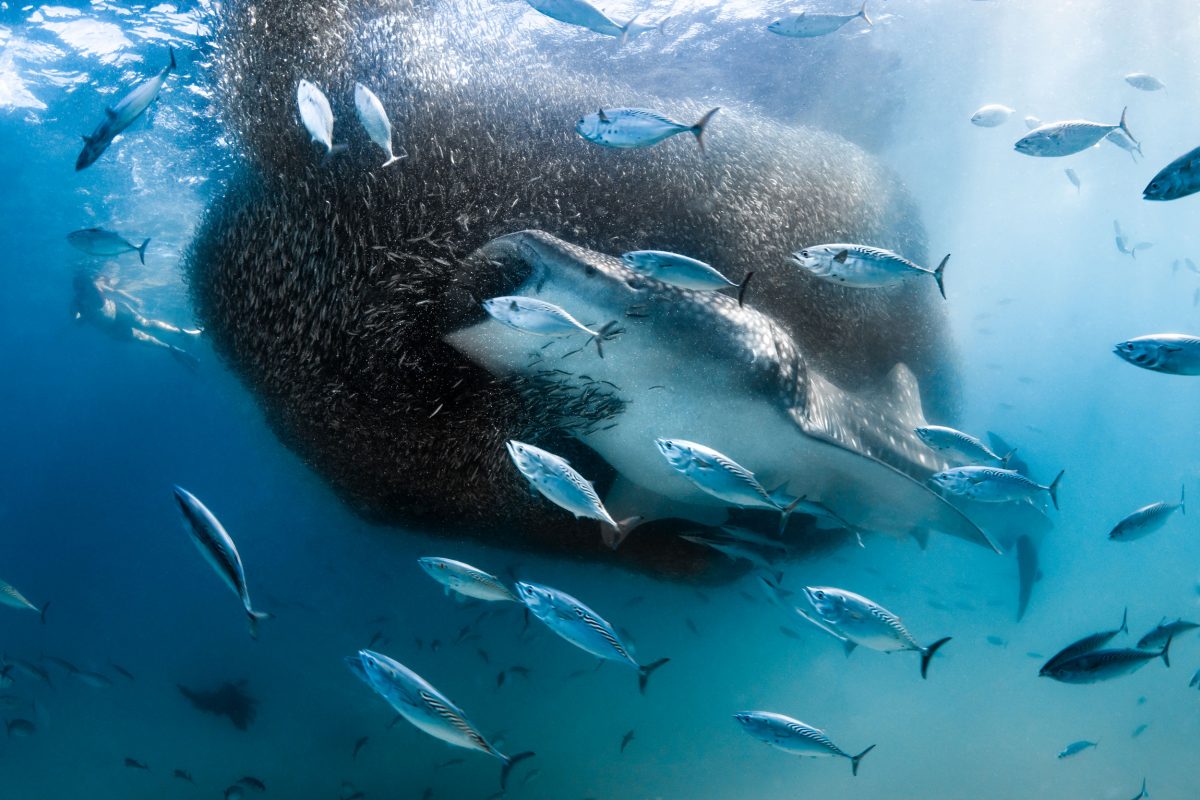 Friends and I had been out on my boat exploring western Australia’s Ningaloo Reef and were about to head home when I heard over the radio that a spotter plane working on behalf of local tour companies had located a whale shark. It was headed toward the reef, chasing what appeared to be a school of forage fish. We quickly headed over to investigate. Once in the water, we watched the shark trail after the fish for nearly an hour until, seemingly out of nowhere, a large school of mackerel tuna whirled in like a tornado and began to hunt. Under attack, the forage fish packed tightly together, with nowhere to escape. The whale shark, a filter feeder, finally had its opportunity. It lunged forward, sucking in huge mouthfuls.

The feast was over in a matter of minutes; the mackerel tuna and whale shark had their fill, leaving the remaining fish to escape into the blue. In this area, it’s extremely rare to see whale sharks feeding on fish along the reef. It was one of the most magnificent wildlife spectacles I’ve had the privilege of witnessing.