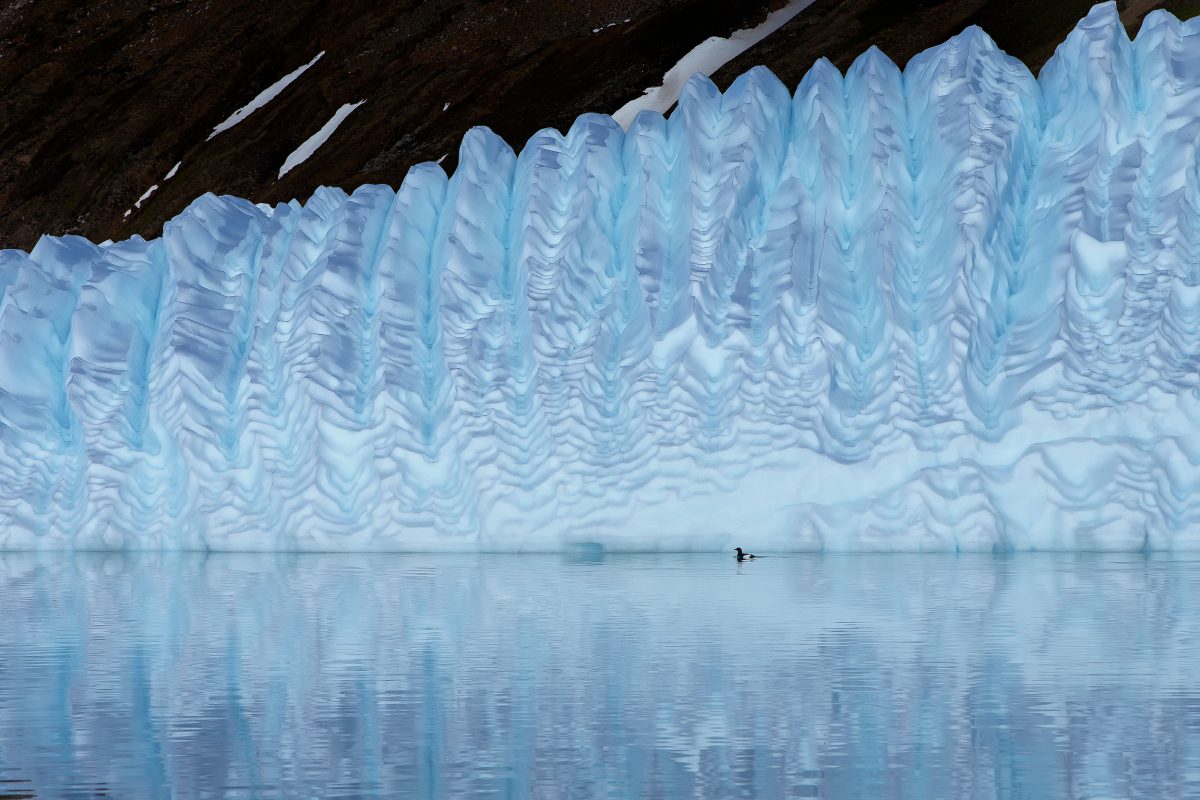 I traveled to one of the world’s most northerly settlements, Siorapaluk, Greenland, to document traditional Inuit living. Siorapaluk has a population of 42 people and just as many sled dogs. One of the locals, hunter Qillaq Danielsen, invited me on a seal hunt in the interior of the spectacular Robertson Fjord. The seal was to be used in the traditional local dish qiviaq, which consists of 300 to 500 small seabirds called little auks stuffed into a seal carcass and left under a rock for several months. The seal’s blubber helps tenderize the birds as they ferment and acquire a strong and ripe taste—a true feast! The seal hunt was unsuccessful, but as Danielsen navigated our dinghy close to a massive iceberg, a black guillemot suddenly popped out of the water. The light was magnificent, but I only had time to shoot a few times with my camera before the bird disappeared into the deep fjord again.