Deep-sea exploration has long been largely a privilege of billionaires, fossil fuel companies, and a select few scientists from wealthy nations. This exclusivity has left the vast majority of the deep sea unexplored, its natural wonders understudied and vulnerable to exploitation. In recent years, scientists and conservationists have called for the democratization of the deep sea. They say this extreme region of the planet needs to be accessible to everyone. Now, a group of scientists, conservationists, and explorers has devised a low-cost device that is helping bring that goal closer to reality.

Called the Maka Niu, which means “coconut eye” in Hawaiian, the device was initially created by scientists at the Massachusetts Institute of Technology (MIT) and is now being developed by the nonprofit Ocean Discovery League. Looking like little more than a piece of PVC pipe stuffed with gadgets, the compact, customizable, and relatively inexpensive battery-powered data collector can capture video and measure depth, temperature, and salinity at depths as great as 1,500 meters. That’s about five times deeper than even the most specially trained scuba diver can go and deep enough to reach the ocean’s midnight zone, home to deep-sea animals like the vampire squid and chambered nautilus.

A newer version of the Maka Niu can go even deeper says Katy Croff Bell, the deep-sea explorer, scientist, founder of the Ocean Discovery League, and leader of the MIT team. “We have designs that can go to 6,000 meters, which would enable it to reach 99 percent of the seafloor,” she says.

Bell is a vocal advocate for improving equity in deep-sea science, and she hopes the device will aid in the democratization of the deep by giving people the ability to observe it without being reliant on large corporations and the uber-wealthy.

“Ninety-three percent of the ocean is deep sea,” says Bell, “but the technologies that exist today to explore that massive area are expensive, inefficient, and inequitably distributed around the world.” 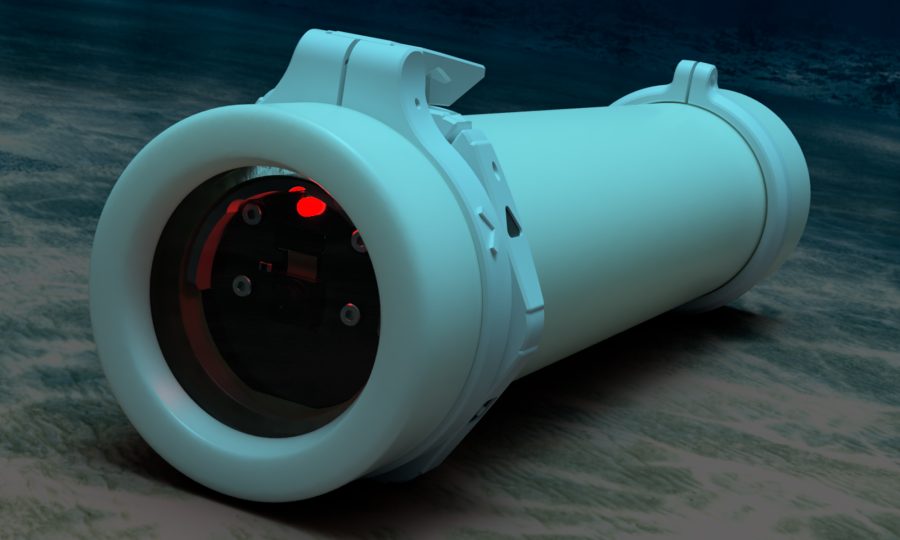 The Maka Niu can record video and capture a range of important scientific data. The device costs only US $700 to build, and its nonprofit developers hope it will help democratize access to the deep sea. Photo by Lui Kawasumi, Ocean Discovery League

Costing around US $700 to build, the Maka Niu is looking to buck that trend. It’s supported by a highly programmable Raspberry Pi computer chip, which means users can easily add additional sensors to meet their research needs. This device could help scientists, both professional and citizen, discover new species and explore never-before-seen habitats. It could also, says Bell, help communities gather the baseline data needed to monitor the impacts of human activities such as seafloor mining, which threatens to disturb sensitive deep-sea ecosystems by stirring up sediment and damaging habitats that take millions of years to develop.

As they began developing the Maka Niu, Bell and the MIT team sent prototypes to more than a dozen scientists, educators, fishers, and Indigenous people from 11 countries, all of whom provided recommendations on how to improve the device to meet their specific needs. Now, a new crop of improved prototypes is in the hands of scientists in Sri Lanka, Seychelles, the Cook Islands, South Africa, Montserrat, and Portugal, and in Hawaiʻi and Louisiana in the United States.

This technology, says Jon Copley, a deep-sea biologist at the University of Southampton in England who was not involved in the Maka Niu’s creation, will “create opportunities for people anywhere around the world to get involved in deep-ocean science like never before.”

“There are loads of places where you could put this in the ocean straight away and find out things you didn’t know,” Copley says. “This is potentially such a powerful tool for connecting local communities with what’s right off their shores.”

Creating such a connection, Copley says, is a great way to improve conservation of the deep sea. “There’s a saying that you can’t manage what you can’t observe,” he says.

Although the Maka Niu is still being developed, Bell hopes this technology will inspire others to create similar devices and put them to use around the world.

“My hope is that systems like this will be in the hands of a much larger community of ocean explorers around the world who are using them for their own research. And I can’t wait to see what they find and learn,” she says.