The Bizkaia Bridge in Spain’s Basque Country is also referred to as the Vizcaya Bridge or Puente Colgante. It was the world’s first transporter bridge, a style of bridge with a moveable section that can be ferried back and forth across the water. Background photo courtesy of Puente Bizkaia

On June 17, 1937, Martín Alberto de Palacio y Elissague witnessed the destruction of one of his masterpieces. Puente Colgante, the engineering marvel that he designed and built in Spain’s Basque Country, was wrecked, its central crossbeam submerged. The Spanish Civil War was underway and although the bridge that linked the towns of Portugalete and Getxo had sustained hits before, it had never fallen. But General Francisco Franco’s troops were advancing, and to impede their progress, the Republican Army destroyed all means of crossing the Nervión River. A controlled explosion by army engineers dealt the bridge its fatal blow.

A pupil of Gustave Eiffel, de Palacio conceived the design of the bridge in the late 19th century when, spurred by an active iron trade and the arrival of the Industrial Revolution, the city of Bilbao and its environs were experiencing an economic boom. Ships came and went from throughout Europe, and the population swelled on both banks of the Nervión River. With close to half a million people rowing back and forth between the towns of Portugalete and Getxo annually, a bridge was needed to transport passengers and cargo, while allowing the maritime traffic to continue unhindered into the port of Bilbao. After analyzing myriad options available in bridge design expertise at the time, de Palacio settled on two: Puente Colgante combined the innovative design of cable-stayed bridges with the technology of steam-operated machinery. The result was a 160-meter-long iron structure with the main crossbeam towering 45 meters over the river, taller than the famous high walkways of London’s Tower Bridge. Ships could still pass underneath the crossbeam, while passengers were transported in a gondola suspended from it.

UNESCO declared the Bizkaia Bridge a World Heritage Site in 2006 for its contribution to the world’s industrial heritage. Photo courtesty of Puente Bizkaia

Built in just over three years and inaugurated in 1893, the Bizkaia (in Basque)—or Vizcaya (in Spanish) as it is alternately known today—was the world’s first transporter bridge. Passengers from all levels of society took the gondola, with its first- and second-class compartments separated by a net. The innovative design soon extended to other parts of Europe as well as the Americas and Africa, where similar bridges were built.

On June 22, 1937, five days after de Palacio saw his bridge destroyed, the war ended on the Bilbao front. Four years later, the bridge was restored and today the gondola continues to shuttle foot passengers and cars across the river in just 90 seconds. The Bizkaia Bridge, a UNESCO World Heritage Site, is now the oldest operating transporter bridge in the world. Alas, de Palacio never saw his bridge restored to its former glory. He died shortly after the bridge fell and, to add insult to injury, his body was transported from Getxo to his burial place in Portugalete by barge. 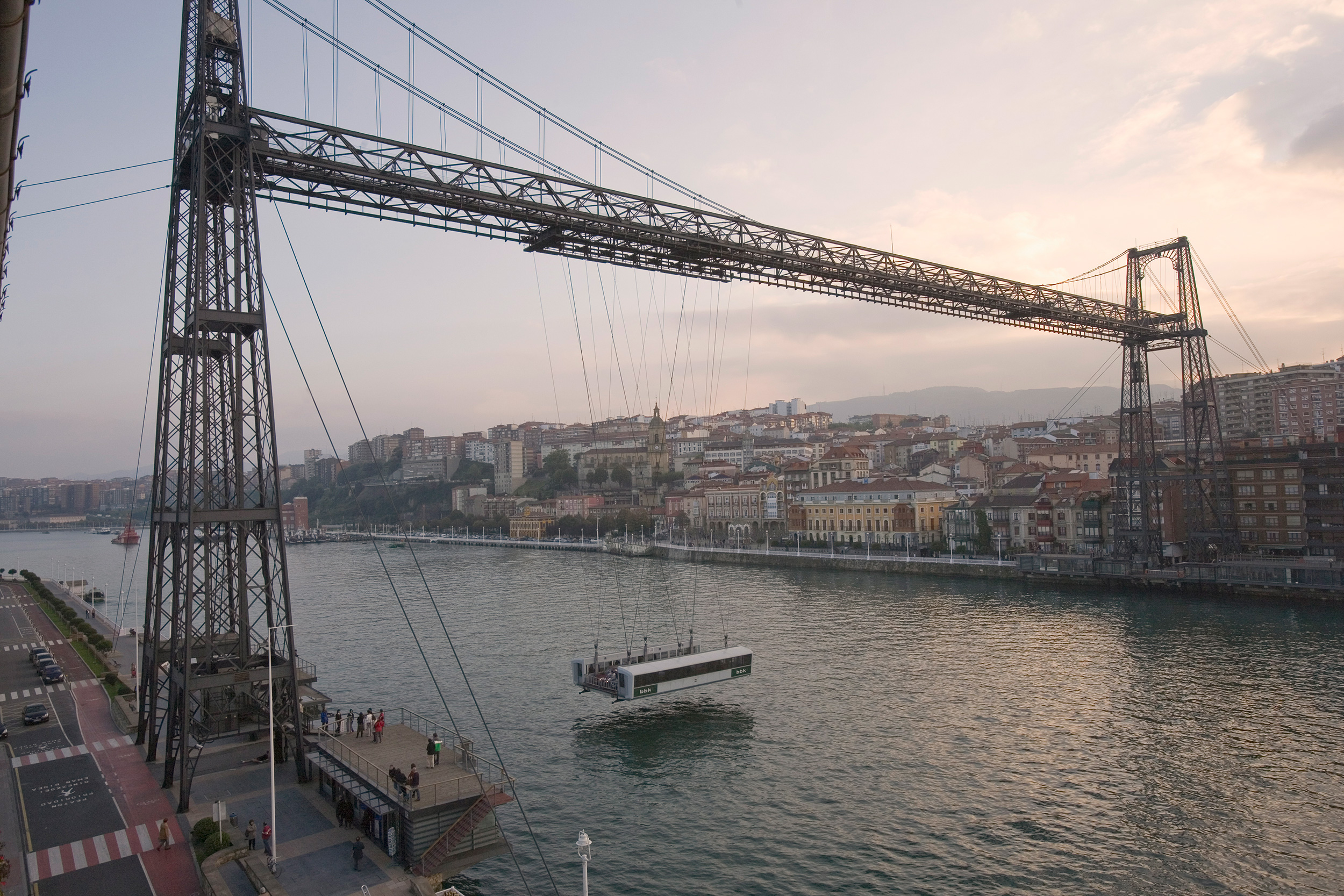