Juvenile European eels, also known as glass eels, have had their population nearly wiped out across the United Kingdom and parts of Europe. Photo by Nick Upton/NPL/Minden Pictures

Starting in the 18th century, working-class Londoners began slurping down glass eels for a cheap lunch from East End pie-and-mash shops. Back then, the translucent fish, the juvenile stage of the European eel, migrated by the millions from their birthplace in the Sargasso Sea, across the North Atlantic, and up the River Thames, maturing for as long as 30 years in freshwater streams before reversing course to spawn in the Caribbean. But glass eels are no longer a bargain snack. Over the past 25 years, thanks to climate change, hydroelectric power plants, river barriers, invasive species, and overfishing, their numbers have dropped by as much as 99 percent in the United Kingdom and parts of Europe. Today, with a going rate of up to €800 per kilogram, only the wealthy can afford to eat them. “They’re worth more than gold,” says Paul Kemp, an ecological engineer at the University of Southampton in England whose current research focuses on the critically endangered species.

The sharp scarcity of glass eels has led to a loss of tradition. Some eel-celebrating festivals across the United Kingdom, for instance, have been forced to change. Participants in the annual Gloucestershire eel-eating contest now consume surimi, a whitefish that is pulverized and reshaped to look like baby eels. And people no longer munch on jellied eels when they visit the city Ely during its annual weekend festival to celebrate all things eel.

Kemp can’t tackle all the problems the eels are facing. But he’s hoping to ameliorate some by gaining a better understanding of why the tiny eels, which measure just five to seven centimeters long, may struggle to journey up the Thames. Kemp hopes his data—a combination of laboratory experiments, field studies, and computer modeling—can be used to support the species’ recovery. “When you use them all together,” he says, “you can potentially get some really good tools and insights into where you might plan to put power stations, or where you might plan to put fish passes, or where you should certainly leave well alone, so it can really help with more sustainable management and planning.”

For the past decade, Kemp and his colleagues have been conducting laboratory experiments using concrete channels known as flumes to mimic real river conditions, scrutinizing the eels’ swimming abilities against a range of water flow conditions, which can help to inform the design of fish passages. Their experiments have revealed that eels use a mix of strategies to navigate. For instance, during an ebb tide, when the Thames is flowing back out to sea, the eels either swim at an angle 45 degrees to the flow or, if the flow is faster than their top swimming speed, they head to the river’s sides and bottom to wait for better conditions. They’ve also discovered that the eels can swim longer as the water temperature increases, and that they often practice what is known as burst-and-coast swimming, in which they swim energetically for a while and then glide to conserve energy. 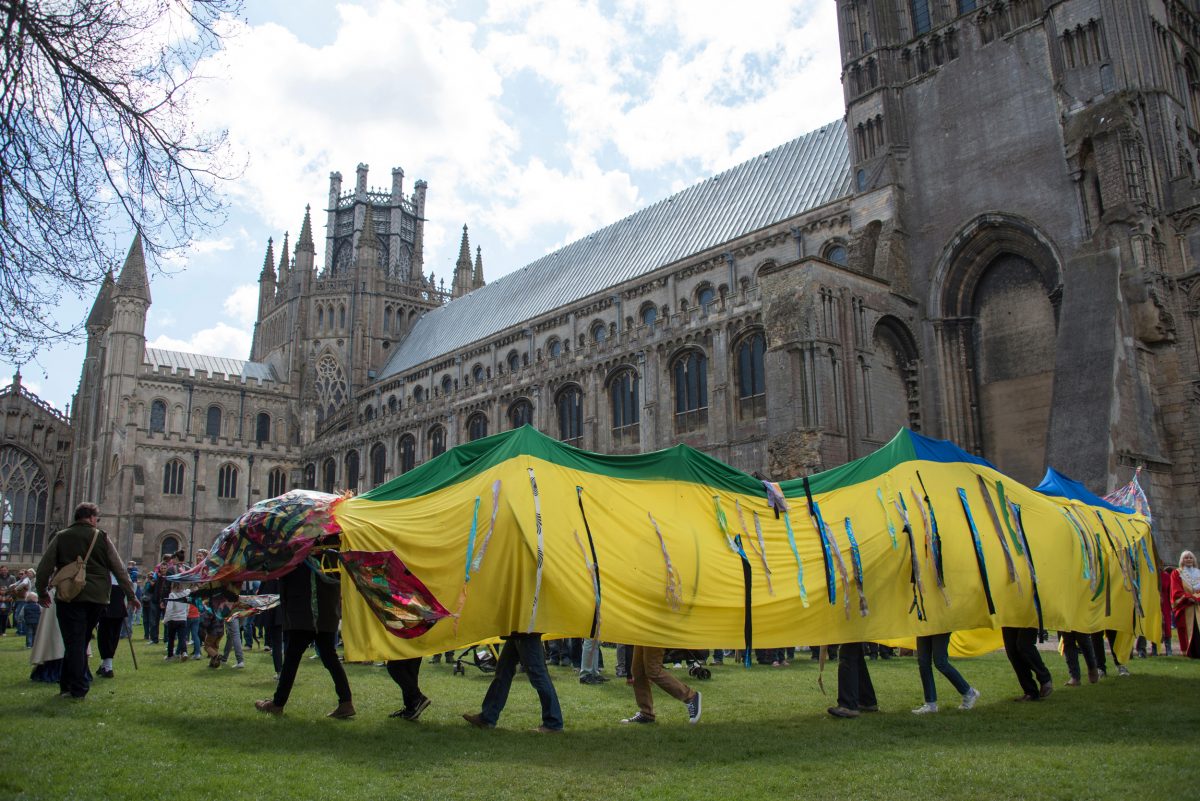 Plugging their discoveries into a computer model, the scientists set out to forecast the eels’ likely migration paths. They factored in environmental conditions such as water salinity and temperature, as well as details of the eels’ navigational behavior. Comparing the model with field data, they found that its predictions of when the eels would arrive at a particular creek matched well with when wild eels arrived at the same spot.

Jesse O’Hanley, an environmental systems management researcher at the University of Kent in England who was not involved in the study, appreciates that the study combines traditional swimming experiments with sophisticated computational fluid dynamics simulations. “It’s exactly the sort of basic experimental work that is critical to making informed decisions about how to effectively restore river connectivity so the eels and other fish can navigate better past manmade barriers,” he says.

According to another recent study that Kemp was involved in, the extent to which those barriers have been an impediment to glass eels’ survival in the United Kingdom and Europe has been underappreciated. Led by Barbara Belletti, a river geomorphologist and postdoctoral researcher at the Politecnico di Milano in Italy, the research showed there are far more obstacles barring glass eels’ migrations than those recorded in official data sets.

Belletti says the task of tabulating all of these barriers into an atlas was a Herculean effort because each country kept different records and used different terminology. They discovered, for instance, 300 different terms to describe obstacles in rivers. They also found that for some rivers there were no records, so Belletti and her colleagues had to set out on foot to see what was there, walking a collective 2,000-plus kilometers to gather that data. “And we discovered that the number of barriers was much higher than the number recorded in existing data sets.”

Carlos Garcia de Leaniz, a biologist at Swansea University in Wales who was involved in that study, says many of the barriers are small—the majority less than two meters high—and were designed to control and divert water flow or raise water levels. The barriers often date back centuries. “The bad news is that these results show that these are probably the most fragmented rivers in the world,” he says. “The good news is [the barriers] don’t serve any useful purpose and they could be removed.”

Tearing down barriers where it’s possible, and building improved fish passages where it isn’t, would be good news for the eels and for the many Britons who love them. Though if jellied eels become affordable again one day, don’t ask Kemp to try them. “They don’t look appealing, I have to say,” he says with a chuckle.