Sperm whales make up more than half of the whales hit by ships in the Canary Islands. Photo by Arco Images GmbH/Alamy Stock Photo

New high-speed ferry service in the Canary Islands may be to blame for an unusual spike in whale deaths, according to new research by Manuel Arbelo, a zoologist at the University of Las Palmas de Gran Canaria. The research was presented this week at the World Marine Mammal Science Conference in Barcelona, Spain.

Whales and boats swarm the sea around the Spanish archipelago off northwest Africa, which is already one of the world’s black spots for fatal collisions.

Over the past 20 years, the Canary Islands Stranding Network has recorded almost 1,000 stranded or dead whales in the region. Around 80 of these animals had injuries consistent with ship strikes, such as deep lacerations, and 34 were confirmed to have been hit by a ship. Based on these two decades of observations, a whale in the Canary Islands is killed in a suspected collision every three months.

Yet in the first four months of 2019, four whales were found dead, and one stranded but alive, with injuries consistent with ship strikes—a conspicuous cluster.

The timing of the strikes is unusual, as most collisions occur later in the year when sperm whales—the main victims of ship strikes in the Canary Islands—are migrating. The location where the animals were discovered was also puzzling.

“We found these animals on the east coast of Gran Canaria, very close to the port [of Las Palmas],” says Arbelo. To date, stranded whales in the Canary Islands have almost always been discovered on Tenerife, the island west of Gran Canaria. 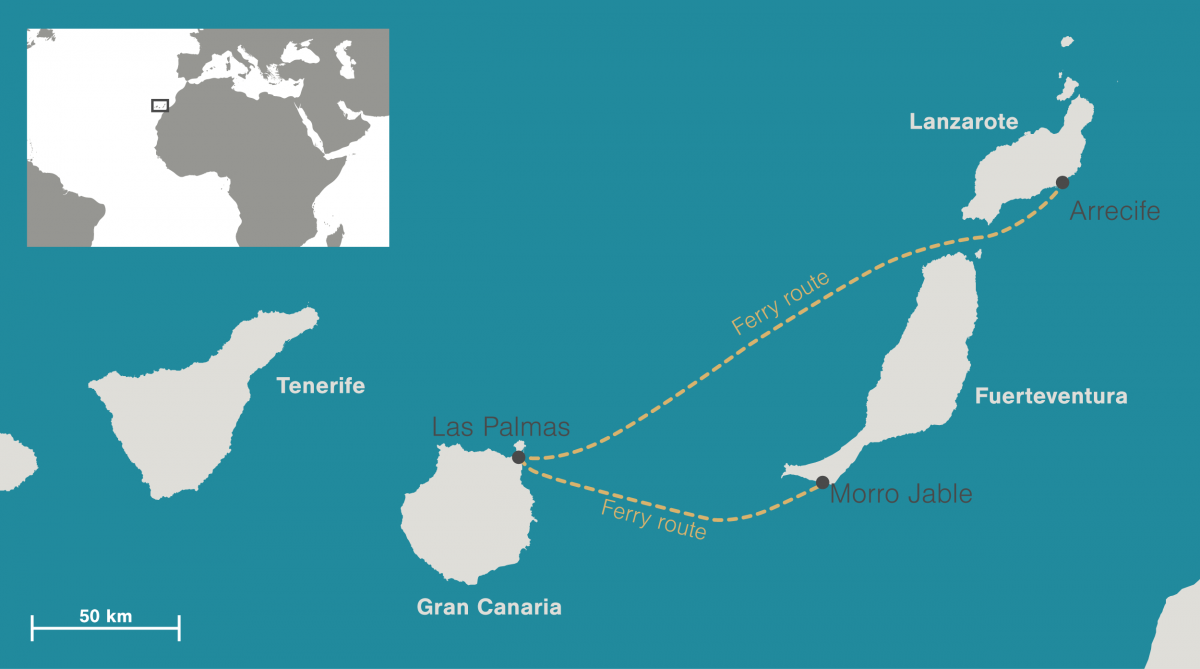 Arbelo says it’s unclear which, if either, ferry is responsible for the strikes, adding that the two routes have a partial overlap. Researchers are now working to identify exactly where the collisions happened.

“It’s certainly an unfortunate correlation,” says Sarah Marley, a marine biologist at the University of Portsmouth in England. “Vessel operators are in a difficult situation. You might not be aware the animal is ahead, and given the speed it’s hard for the ferry operator to implement mitigation measures.”

Following the sudden spike in whale deaths, government authorities and representatives from the shipping industry have moved to address the issue, according to a recent report by the International Whaling Commission. It is unclear precisely what steps they’ve taken. Arbelo says ferry operators are sensitive to the bad publicity generated by ship strikes and are willing to take action to prevent them. “We don’t know if the company has downed the frequency, changed the route, or whatever, but it stopped,” he says. “Since April, we’ve not had more cases.”

That’s good news for the islands’ whales, but it may not last. Ferry operator Naviera Armas introduced a high-speed catamaran in August, while Fred. Olsen Express plans to add two high-speed trimarans to its fleet in 2020.