In southeastern Alaska’s Alexander Archipelago, stretching from Skagway in the north to Ketchikan in the south, towering coastal rainforest, calving glaciers, and blossoming wildflowers decorate more than a thousand islands of mountainous terrain, each separated by a tangle of narrow fjords and inlets. For more than a century this rugged landscape has been a powerful draw for tourists, and in recent years nearly a million people each year have boarded cruise ships to get a taste of the region’s natural beauty.

Cruise tourism is a big part of Alaska’s economy, and ship traffic has been climbing for decades. But as cruise ships get bigger and trips more frequent, they’re becoming an even larger potential threat to one of the region’s other annual visitors.

In the summer, southeastern Alaska explodes with life. On the longest days of the year, the Sun seems to hang in the sky. Up to 18 hours of daylight beam on nutrient-rich waters, transforming the region into a top destination for another tourist: humpback whales, that have swum from Hawaii to feast.

Like cruise ship traffic, the number of whales arriving in southeastern Alaska has been growing in recent years. The North Pacific population of humpbacks has recovered to the point where the US federal government is considering bumping them from “endangered” status down to “threatened.”

Yet more ships and more whales in one place also mean more of something else: collisions. 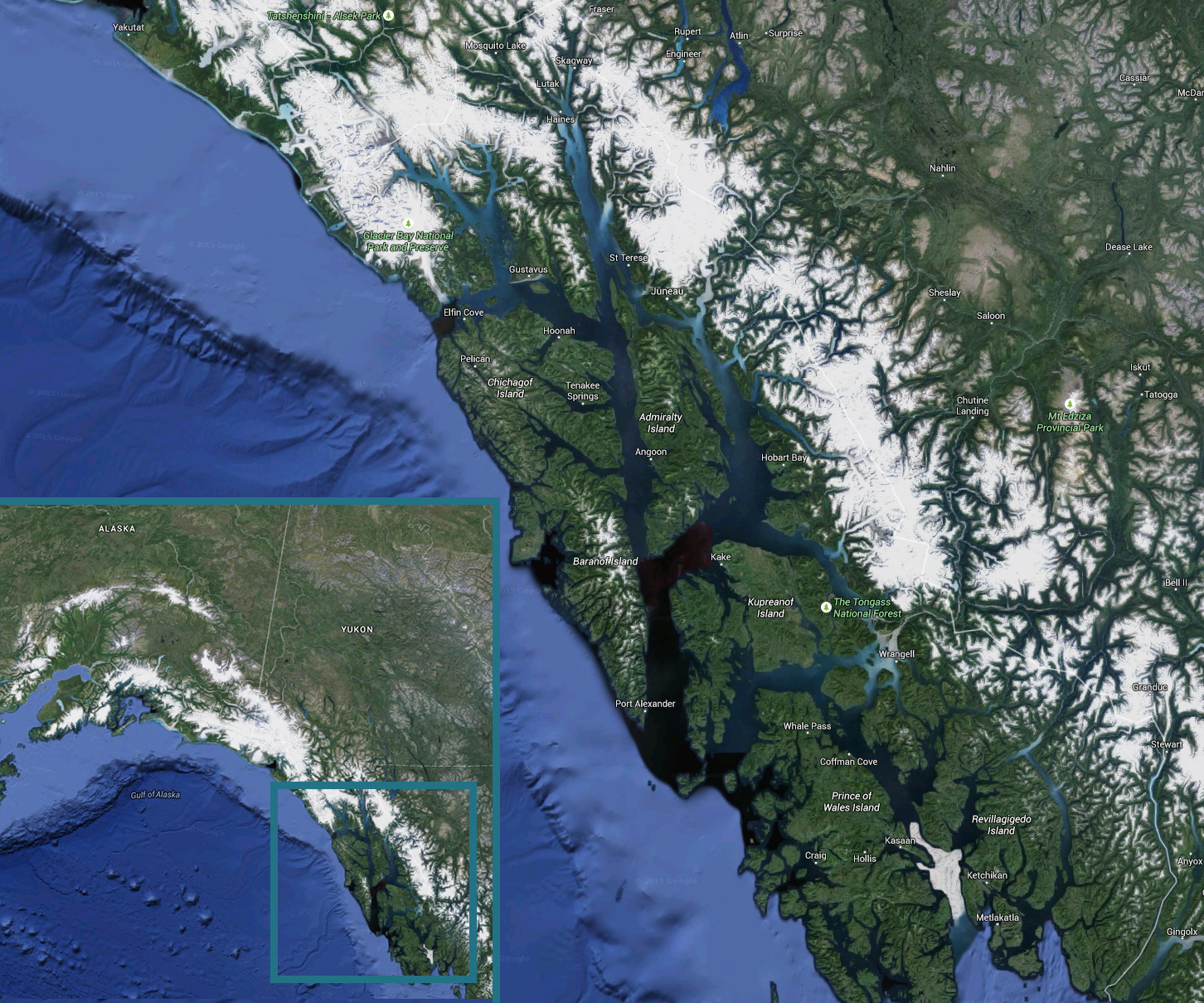 From 1978 to 2011, the number of humpback whales hit by ships in southeastern Alaska has risen by 5.8 percent per year. Most collisions are between whales and small ships, such as whale watching or tour boats that are shorter than 15 meters. But when the ship is big and fast, a collision is more likely to turn deadly. A big ship like a cruise liner traveling at speeds above 18 knots (around 33 kilometers per hour) is nearly guaranteed to kill any whale unfortunate enough to get in its way.

It’s against this backdrop that scientists Karin Webb and Scott Gende from the National Park Service released a striking new report on cruise ship traffic in the Alexander Archipelago. Across 451 trips made by 26 ships operated by nine different companies, cruise ships moved at average speeds above 16 knots in most parts of southeast Alaska. And in 41 percent of the archipelago, cruise ships logged an even higher average speed above 18 knots.

“[I]f whales are in or near a shipping route, they will be subject to lethal ship speeds should a collision occur,” wrote the scientists in their study.

The research creates an awkward tension for cruise ship operators and their passengers.

Whale watching is an important draw for Alaskan cruise lines says Julie Benson, the vice president of public relations for Princess Cruises, by email. (Of the 451 transits studied, 125 were made by eight of Princess Cruises’ ships.)

“A highlight of any Alaska cruise is the sighting of whales,” says Benson. “We believe that when our guests have the good fortune to experience a whale sighting they gain an even greater appreciation of this magnificent mammal and further understand the importance of protecting the marine environment.”

Yet those same cruise lines that are offering their passengers a chance to see whales up close are also—often at night—operating their ships in a way that is potentially threatening to those same whales. 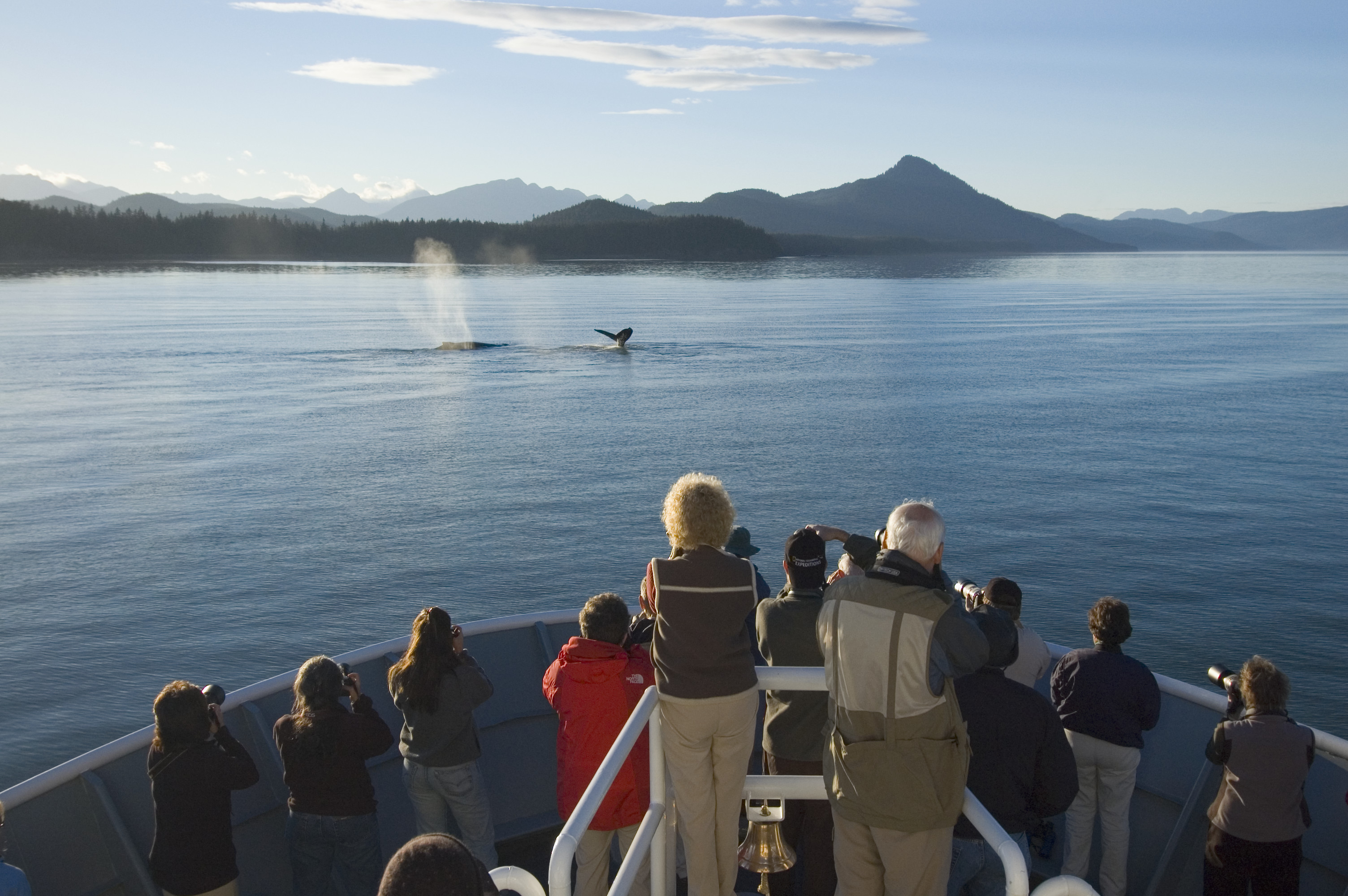 According to recent research, large whales (in that study’s case, blue whales) have not evolved defensive strategies to avoid oncoming ships. Photo by Bob Krist/Corbis

This dissonance between what cruise ships are offering and what they’re selling is probably not on most passengers’ radars, says researcher Webb.

“To be honest, I think people, when they do see a whale relatively close, that’s exciting,” says Webb. “I just don’t think the general public understands that there is potential danger if a whale surfaces close to the ship.”

Despite repeated requests, none of the nine cruise ship companies listed in the report, nor a representative from the Alaskan branch of the industry Cruise Lines International Association, were willing to answer questions about the new research.

Regardless of their lack of comment, cruise line operators are most certainly aware of the risks posed to whales when cruise ships move quickly. In 2007, Princess Cruises pleaded guilty to charges and paid US $750,000 for failing “to operate one of its ships in a slow, safe manner near Glacier Bay National Park where a humpback whale was found dead of massive skull fractures,” says the Associated Press.

In the wake of that whale’s death, Princess Cruises set voluntary speed reductions near Glacier Bay. In 2014, the National Park Service imposed a mandatory speed limit of 13 knots in and around Glacier Bay National Park. But those restrictions do not cover the rest of the archipelago. 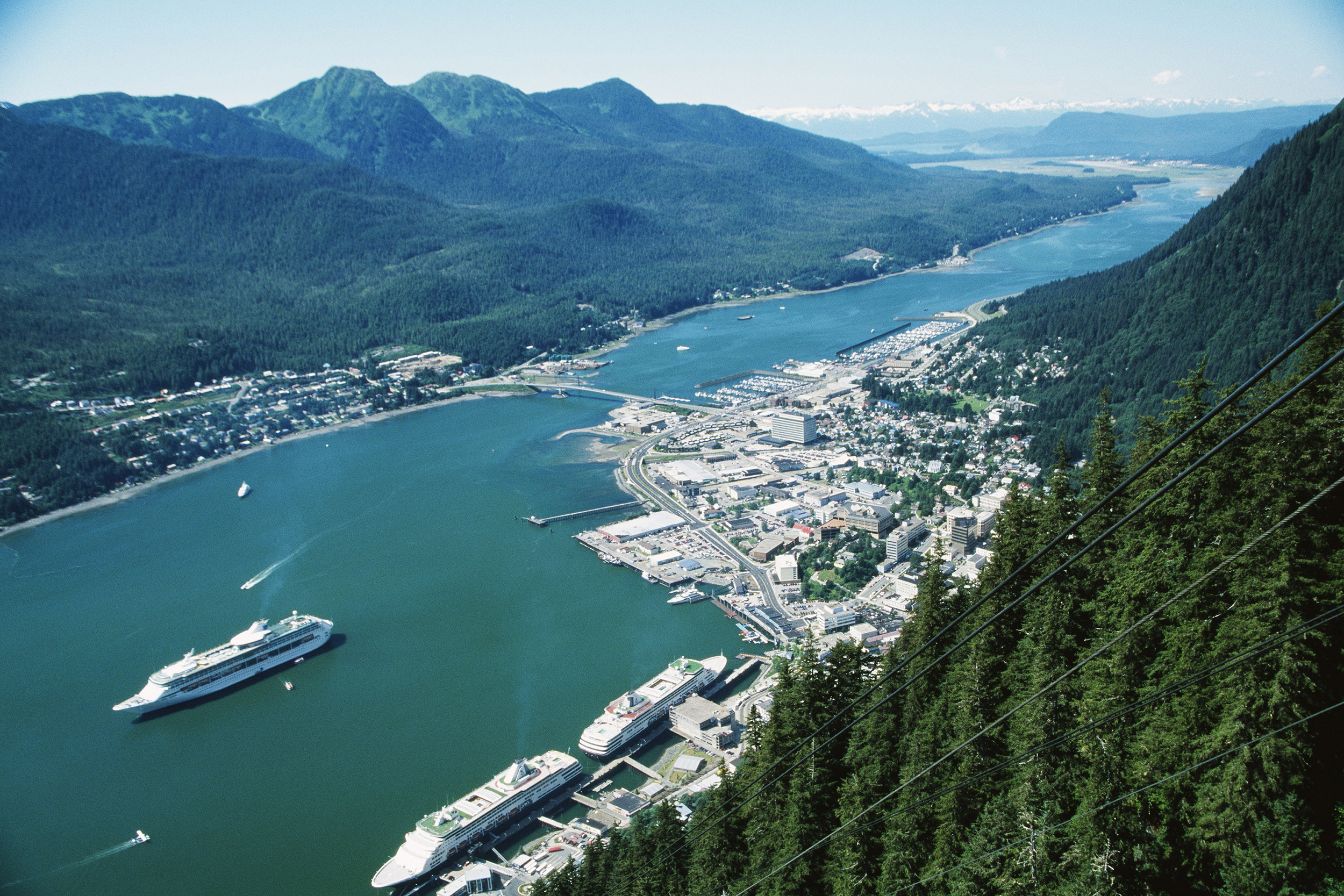 Cruise ship traffic into Juneau, Alaska has been climbing for years. In 2015, the city expects to see a million tourists arrive by sea. Photo by F. Lukasseck/Masterfile/Corbis

Whether cruise lines should be moving more slowly throughout southeastern Alaska is a complex question, says Webb.

“I’m pretty sure that ship operators are not interested in hitting whales,” she says. Cruise ships have lookouts posted, and representatives from the Southeast Alaska Pilots’ Association are required to be onboard to help navigate the narrow corridors and to watch for whales. But at the same time, cruise ship operators are under a range of pressures and might not be able to slow down, says Webb.

“In our research we do point out that if you were to, for example, implement speed restrictions, that’s not necessarily feasible,” says Webb. “If a ship is trying to get between Juneau and Ketchikan, which is a rather large distance, there’s no way they can get there in the time they need to allow their passengers to be able to get off and engage in different types of activities in Ketchikan.”

Tourism is a huge chunk of Alaska’s economy, accounting for one in ten jobs. In 2012-2013, tourists poured $1.82-billion into the state. Half of all tourists arrive by cruise ship. Taking steps to protect whales could have profound unintended consequences, says Webb.

“There are a lot of values-based assumptions or decisions that you need to consider when you begin to even think about making policy. It’s just really complicated,” says Webb. “Honestly, at this point, I don’t know what I would do.”