These tiny tetras form schools to stay safe from predators. In these schools, they swim in different formations at different speeds to maximize energy savings. Photo by blickwinkel/Alamy Stock Photo

For small schooling fish—animals too tiny to go fin-to-fin with their toothy foes—sticking together is often their best chance for survival. Scientists know that little fish form tight-knit schools to avoid being eaten. But as new research shows, schooling fish get another advantage—more efficient swimming, and more energy for a hasty retreat from predators.

Schooling fish often swim in a staggered diamond pattern, riding the wake of whoever’s in front. In principle, thanks to the physics of fluid dynamics, this should save the fish some effort. A beating fish tail creates a small vortex in the water behind it. If a fish swims directly behind its leader, these vortices push against it, forcing the follower to swim harder.

But that theory, first outlined in a 1973 paper, has been largely untested until Benjamin Thiria, a biomechanics researcher at ESPCI Paris in France, and his coworkers took up the challenge. They found that not only do fish indeed save energy when they swim in a diamond formation, but also that when fish swim very quickly—such as when they need to evade predators—they fall into a different energy-saving formation: synchronized rows.

Thiria and his team discovered the different formation after putting some rummy-nose tetras in a tunnel of flowing water, the equivalent of a fish treadmill. By filming the fish as they swam against the current, they could track each animal’s position and how fast an individual beat its tail. This gave the researchers an estimate of how much energy each fish spent at a given swimming speed.

At normal swimming speeds, Thiria saw the tetras fall into the predicted diamond formation where the fish are slightly staggered. In this configuration, the water vortices created by beating tail fins pull the fish forward. 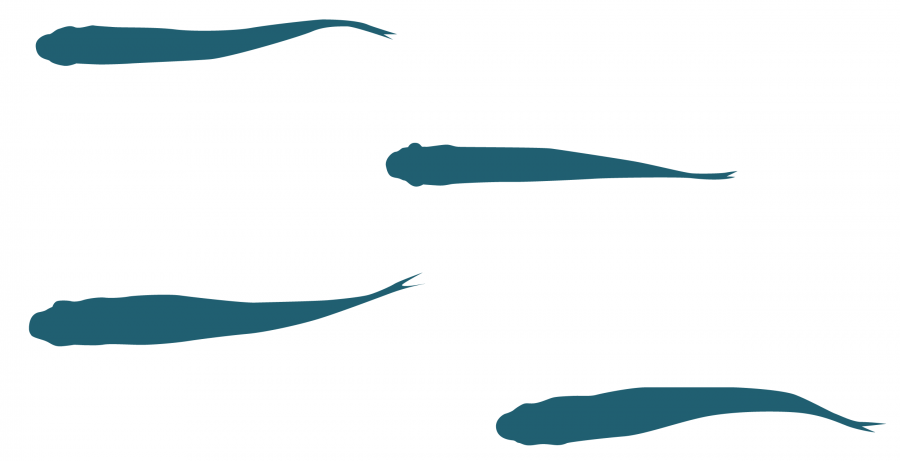 But when Thiria and colleagues made the water flow several times faster, the fish began to swim in a straight row, a pattern Thiria calls the phalanx formation.

Based on their observations of how quickly the fish were beating their tails, shorthand for how much energy they were spending, Thiria and his team calculated that in a phalanx, as in the diamond formation, the fish saved about half their energy, “which is a real benefit,” he says.

Thiria isn’t yet sure why the phalanx formation is efficient, or why it’s preferred at higher speeds—given what he knows about the vortices. “We are still working to understand the details of the mechanisms,” he says.

He has a hunch, though: when the fish fall in line, they also begin to beat their tails in unison, almost like a row of fishy Riverdancers. This synchronization might make each beat easier as the fish swim harder, he says, because they move the water back and forth together. 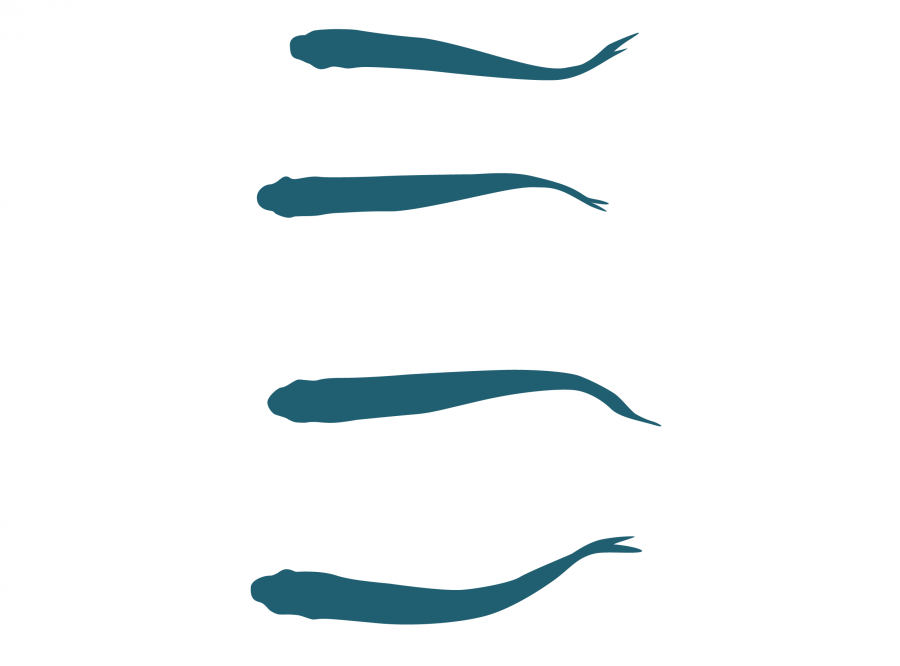 Maurizio Porfiri, a mechanical engineer at New York University, says the discovery is fascinating. “I was truly, truly impressed,” he says. “I think it was a great piece of work.”

Porfiri says studying fish schooling behavior is incredibly tricky because it involves a number of scientific fields, from animal behavior to fluid dynamics. Porfiri himself tackles the problem, though from a different angle. He builds robotic fish that create vortices he can control and uses them to study the responses of live fish.

Porfiri says Thiria’s discovery of the speedy phalanx is more than just cracking one of nature’s puzzles: it may help design more realistic swimming robots that can be used in the wild. For example, Porfiri says he has found that a fish will follow a vortex-creating robot for the energy savings, as long as the robot resembles the fish. Change the robot’s size or color, however, and the fish grow suspicious.

Thiria is excited to demonstrate something that began as a theory—as he puts it, this is “one of the first real observations of energy saving in fish schools.” Now, Thiria is working from the observation back to theory to understand the phalanx formation. Soon, we might know how energy savings keeps little fish safely in line.