Fake architect, fake playwright, fake latex salesman. Over the course of Seinfeld’s nine seasons, bald man and master web-spinner George Costanza took on many guises. But no lie was as great as “the blowhole in one.” Costanza recounts a story in which (while pretending to be a marine biologist to impress a date) he claims to have saved a dying whale by removing a golf ball from its mammoth nostril. (Hit there, of course, by Cosmo Kramer.) It’s a great story, but could a whale actually suffocate from something small entering its airways? The answer, surprisingly, is yes.

While scouring the Dutch coast, cetacean pathologist Lonneke L. IJsseldijk made an interesting discovery: a pair of pilot whales, dead. Hiding inside each of the decaying animals’ blowholes was an equally dead fish.

“Surprised and fascinated are really the words to describe my feelings,” IJsseldijk recalls. “A lot of [my colleagues] thought it impossible.”

The first unlucky whale, a juvenile male, was found about a month before the other, an adult female, was discovered. “Luckily, I could prove myself when the second animal was picked up. I couldn’t believe my eyes when I saw the sole’s tail protruding from the blowhole!” 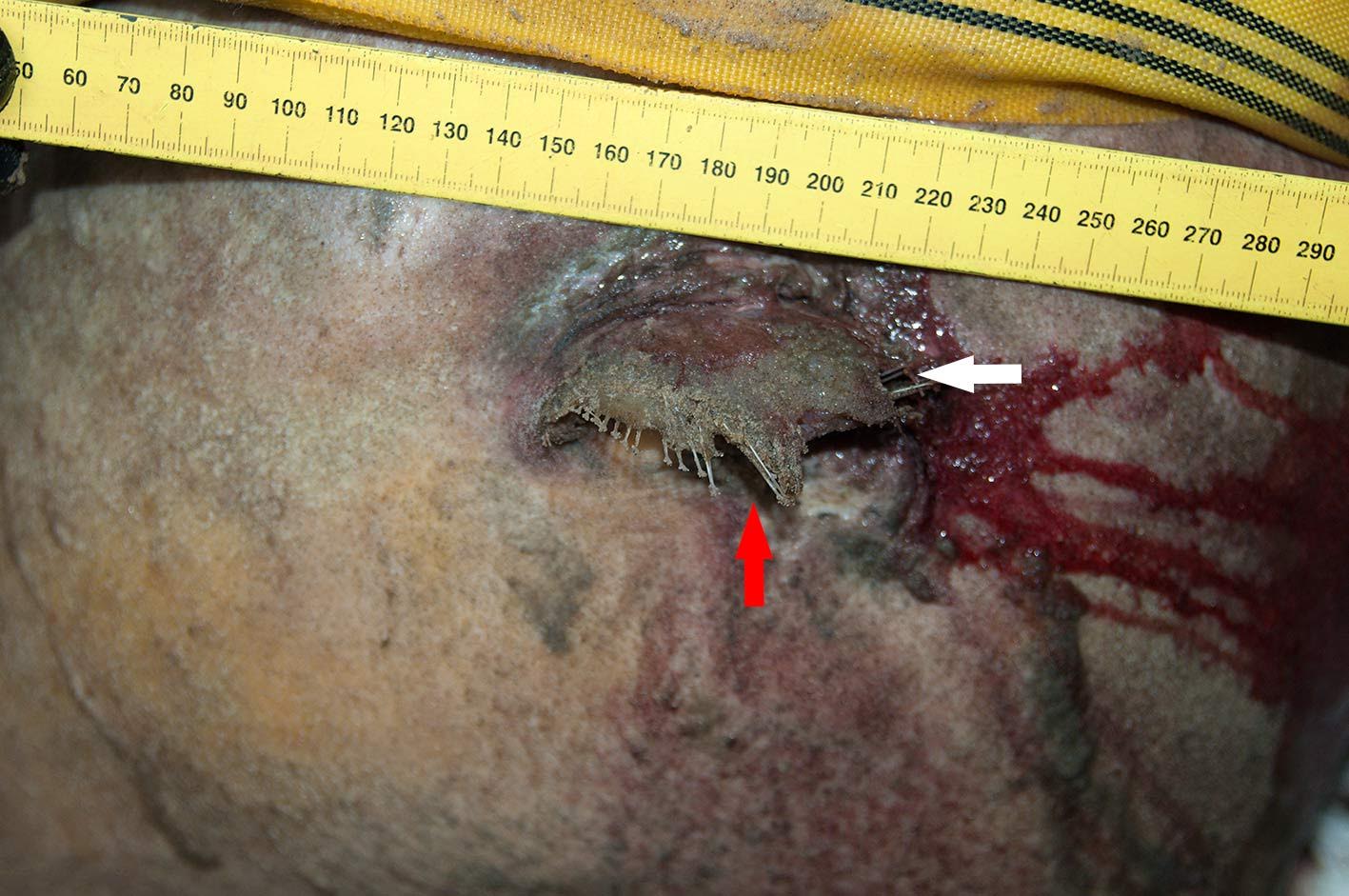 The back end of a common sole sticks out of the blowhole of a dead adult female long-finned pilot whale. Photo by IJsseldijk et al.

Like humans, whales are air-breathing mammals, and so can suffocate in the unlucky situation that they can’t get enough oxygen. It’s been seen before, including in a baby beluga at the Vancouver Aquarium, whose airway was blocked by several pebbles and a penny, but this is the first case of asphyxiation ever observed in an adult pilot whale.

In the adult female whale, the flatfish was found head-down, as if it had been sucked in as the whale swam by. Comparative anatomist Joy Reidenberg, who has observed the phenomenon in bottlenose dolphins, explains this is highly unlikely.

“This all reminds me of the scene in Finding Nemo where Dory and Marlin are swallowed by a whale, and end up getting blown out through the blowhole,” she says with a laugh. The most plausible explanation, she says, is that the agile flatfish were forced into the airway during the whales’ failed attempts at eating them. 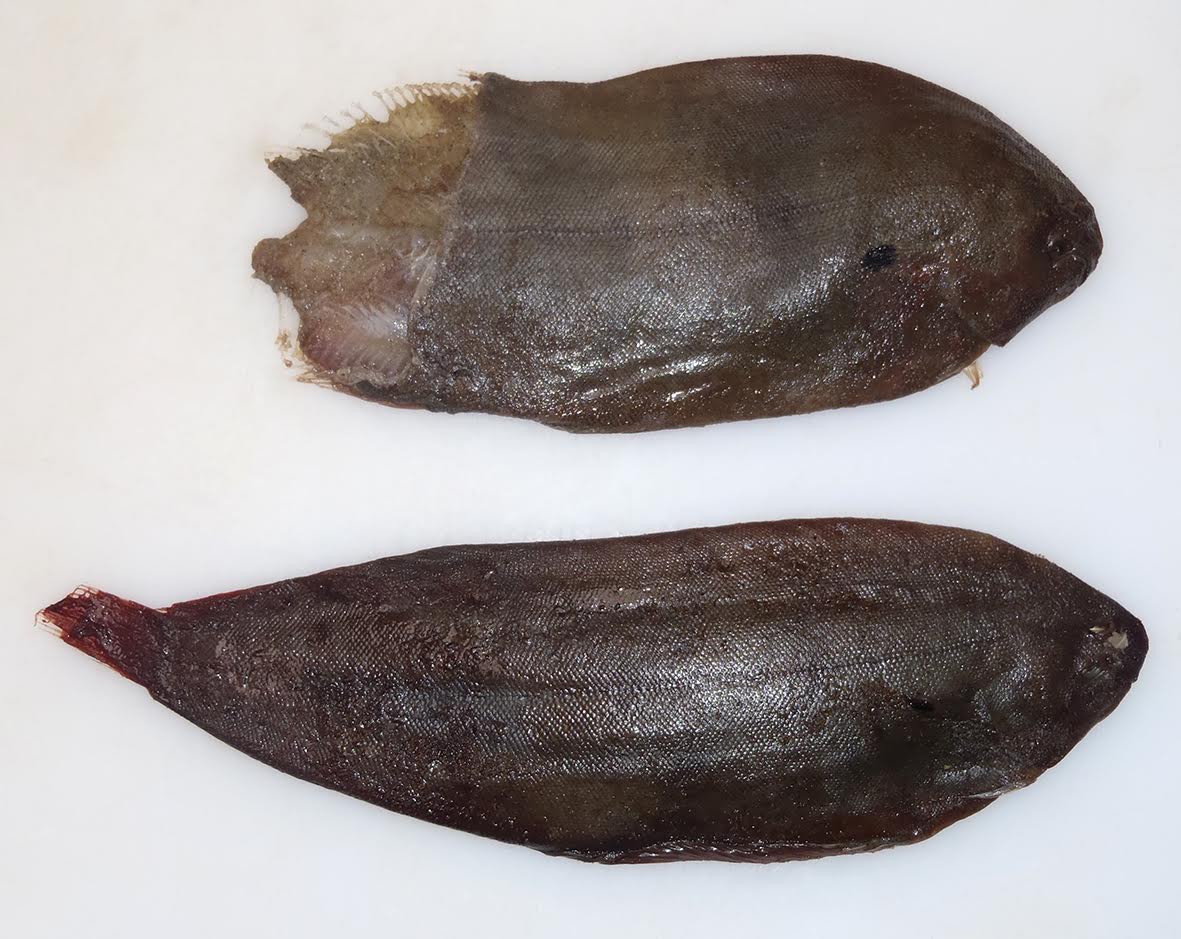 The scientists found two dead common sole in the dead female pilot whale: one stuck in its blowhole (top), the other in its esophagus (bottom). Photo by IJsseldijk et al.

“If a fish was ingested tail-first through the mouth, it’s possible the spines would have been pulled up from the fish’s body as it moved through the whale’s digestive tube,” explains Reidenberg. When that happens, a whale will regurgitate the spiky snack before attempting to swallow it properly. And therein lies the problem.

Toothed whales, such as pilot whales and dolphins, have developed a rather peculiar adaptation to help them swallow awkward prey: they can dislocate their larynx. By moving the larynx to the side, foreign objects can pass by more easily—but it’s a risky maneuver as it also breaks the seal that separates the lungs from the esophagus. It’s possible that during regurgitation, those muscles were relaxed long enough to let the sole into the nasal cavity: “a lose-lose situation,” the scientists write.

“It is difficult to say how likely this is to happen [again],” says IJsseldijk. “As pilot whales do not belong in the North Sea in the first place.” The team suspects the whales’ off-kilter migration was in response to sick pod members. “Their primary food (squid) is lacking here. So these animals switched to other, less-familiar species to prey upon. It was a fatal decision for at least two of these animals!” Where’s a fake marine biologist when you need one?