To some, this looks like something from a sci-fi movie. To others, it looks like freedom. Photo by Ilja Herb

Inherent in the existence of any motor is a mystical combination of hope, frustration, satisfaction, glory, with equal parts unpredictability and reliability. I visited coastal communities on Vancouver Island to photograph these particular motors with this idea in mind; that these motors, in one way or another, were intrinsic to a wave of exploration that opened up the west coast to the solo mariner in the 20th century.

Sure, others in the past traveled and explored most—if not all—of the nooks of the island’s west coast before motors ever arrived. First Nations people, Europeans, and others canoed, paddled, and sailed along the coast. And, of course they still do, using non-motorized means to find bounty or solitude, or to get from a to b. But these small outboards coaxed baymen and townies alike beyond the range of most human-powered craft.

I see purpose and determination in the design of these outboards. They resemble willing droids, some adept and reliable, like an R2-D2 keen to help. Others are like C-3PO: clumsy and bumbling, overly complicated, and inevitably leading to danger, frustration, and disappointment.

Some of the motors I photographed were heavily used, worn out, seized, dead. Others were nearly 100 years old and restored to minty near-new condition. Most had been properly abused for hundreds, if not thousands, of soggy nautical hours until they had sputtered to obsolescence, their histories written in dents, scratched paint, and dinged props. Today, they are destined for nowhere but a dusty barn, a scrap metal recycler, or maybe a motor show ’n shine. For most though, their aquatic jig in the brine has long ago expired.

These images are a nod to both the engineers and designers of those times, and to solo mariners and their curiosity about what lay around the next headland. These particular images offer an odd lens through which to remember. And while they are inanimate objects unable to verify tales of gigantic fish landed or lost, these motors were there, and that is a fact. 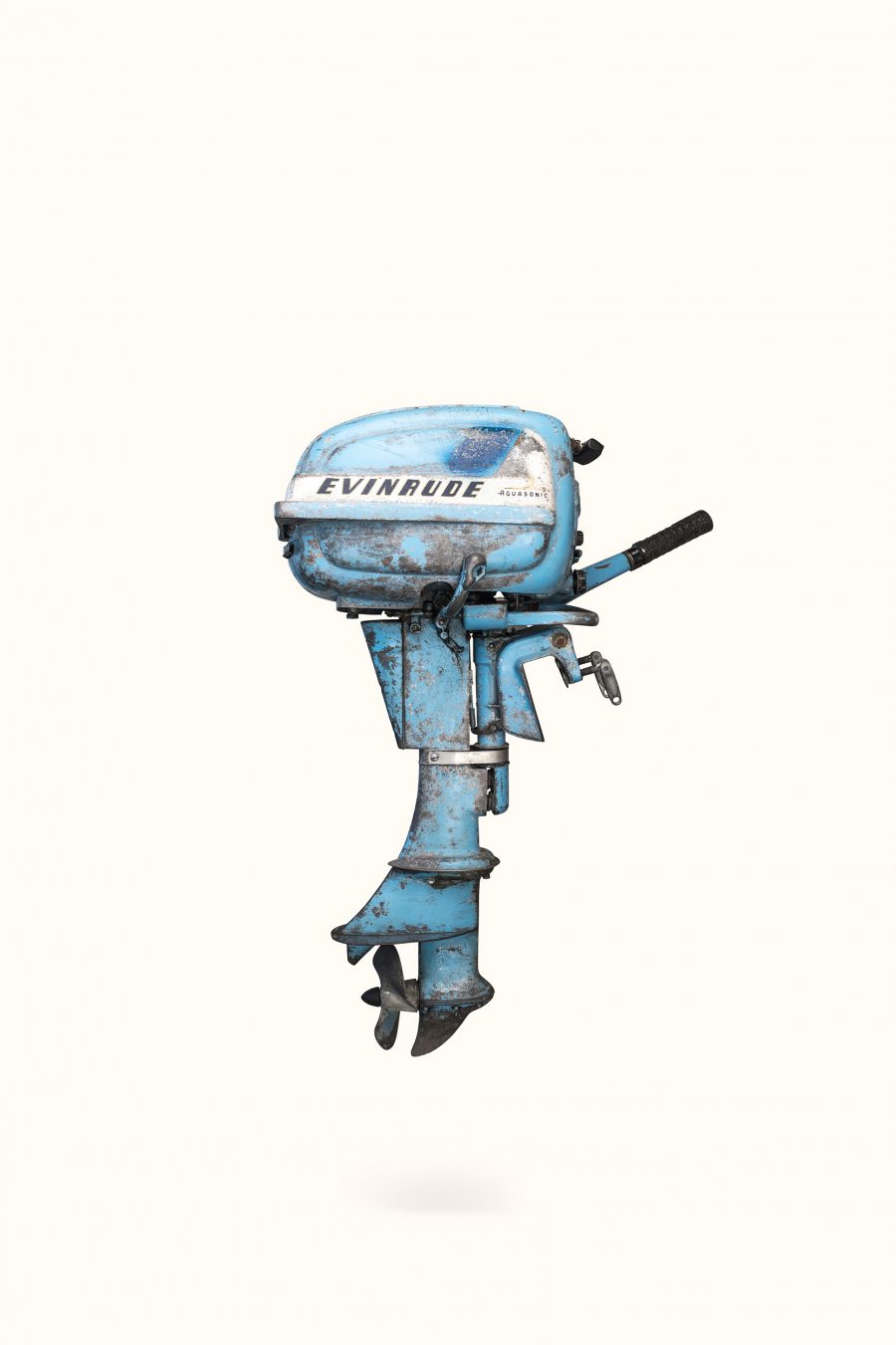 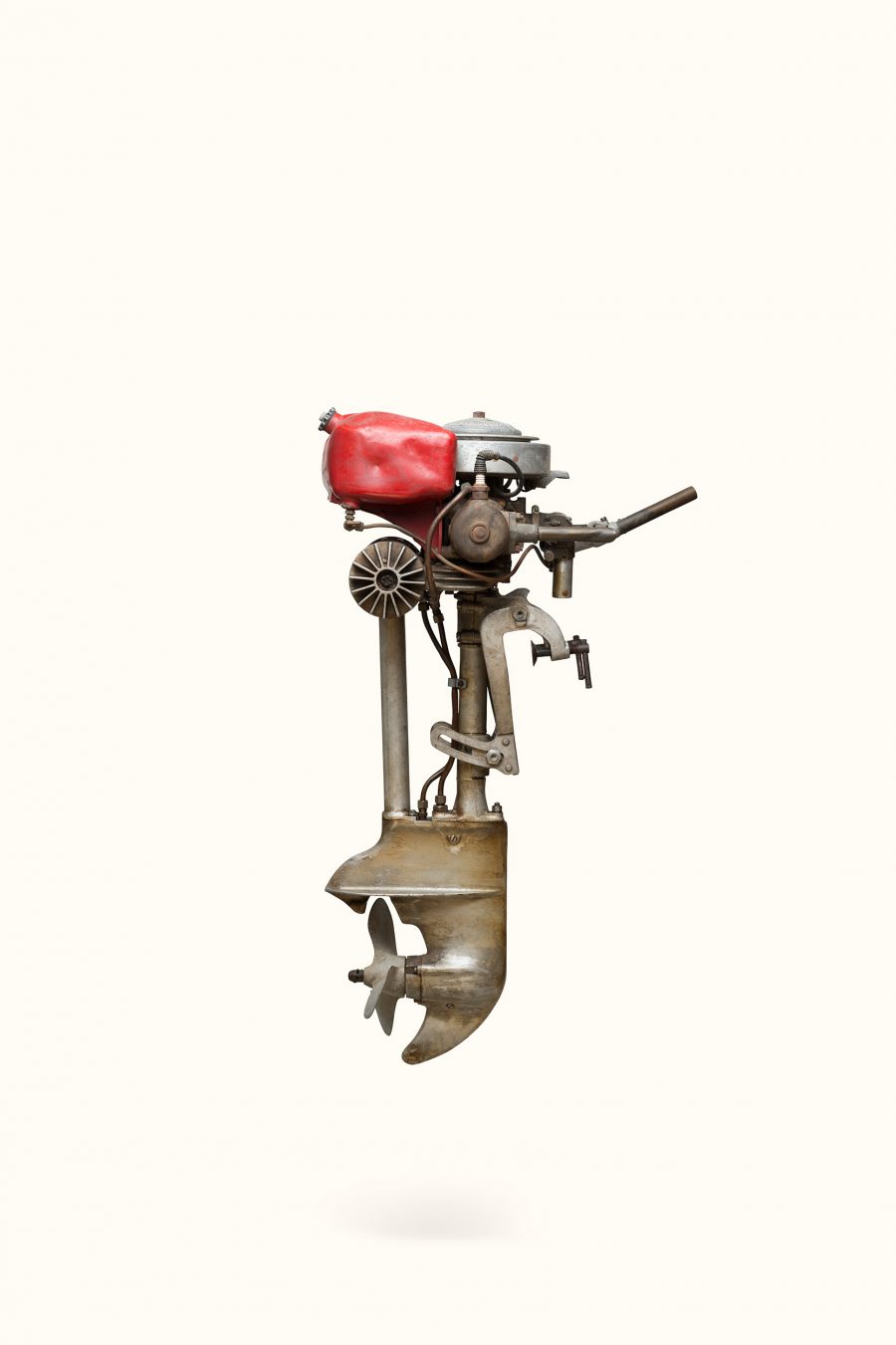 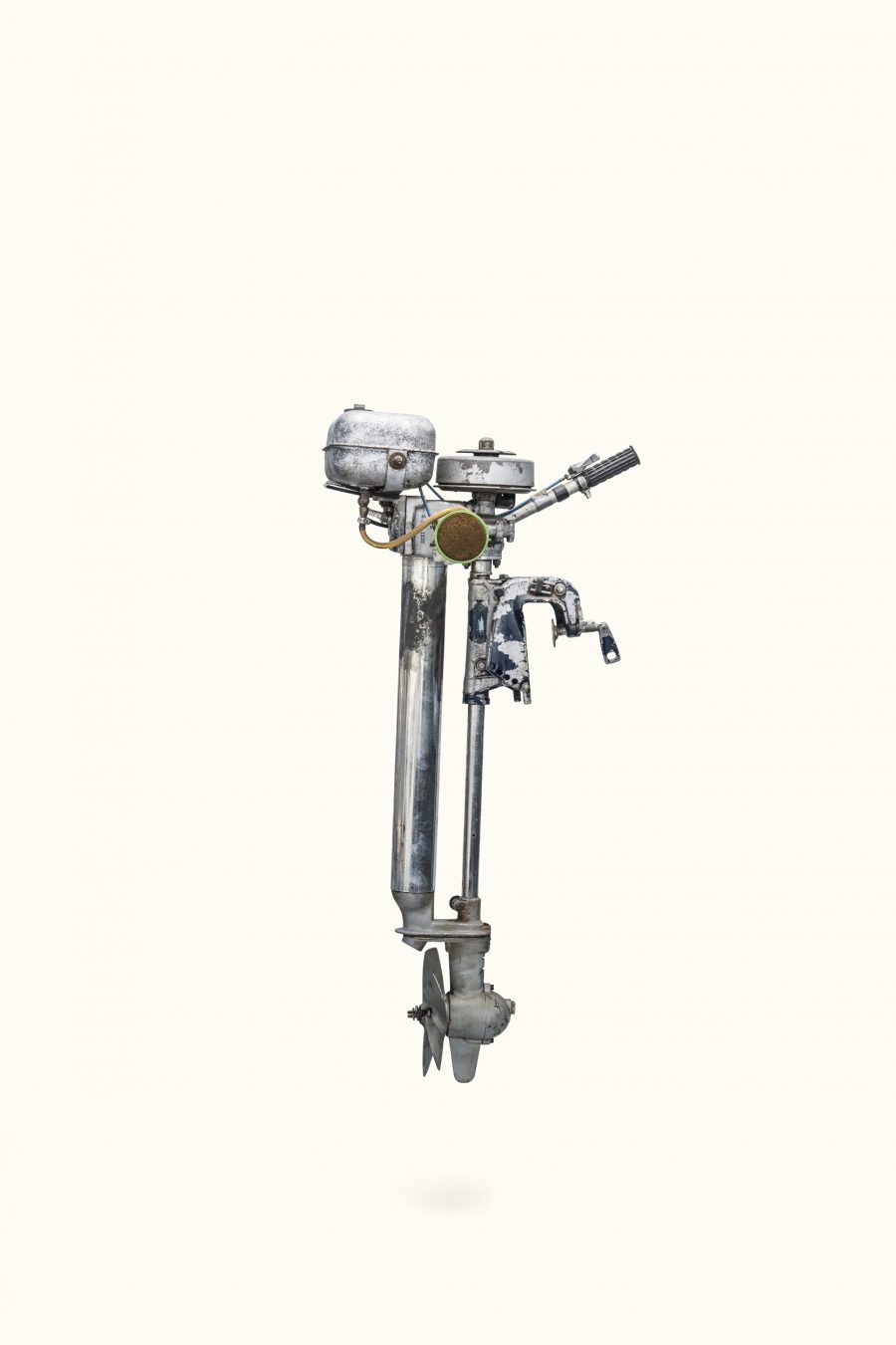 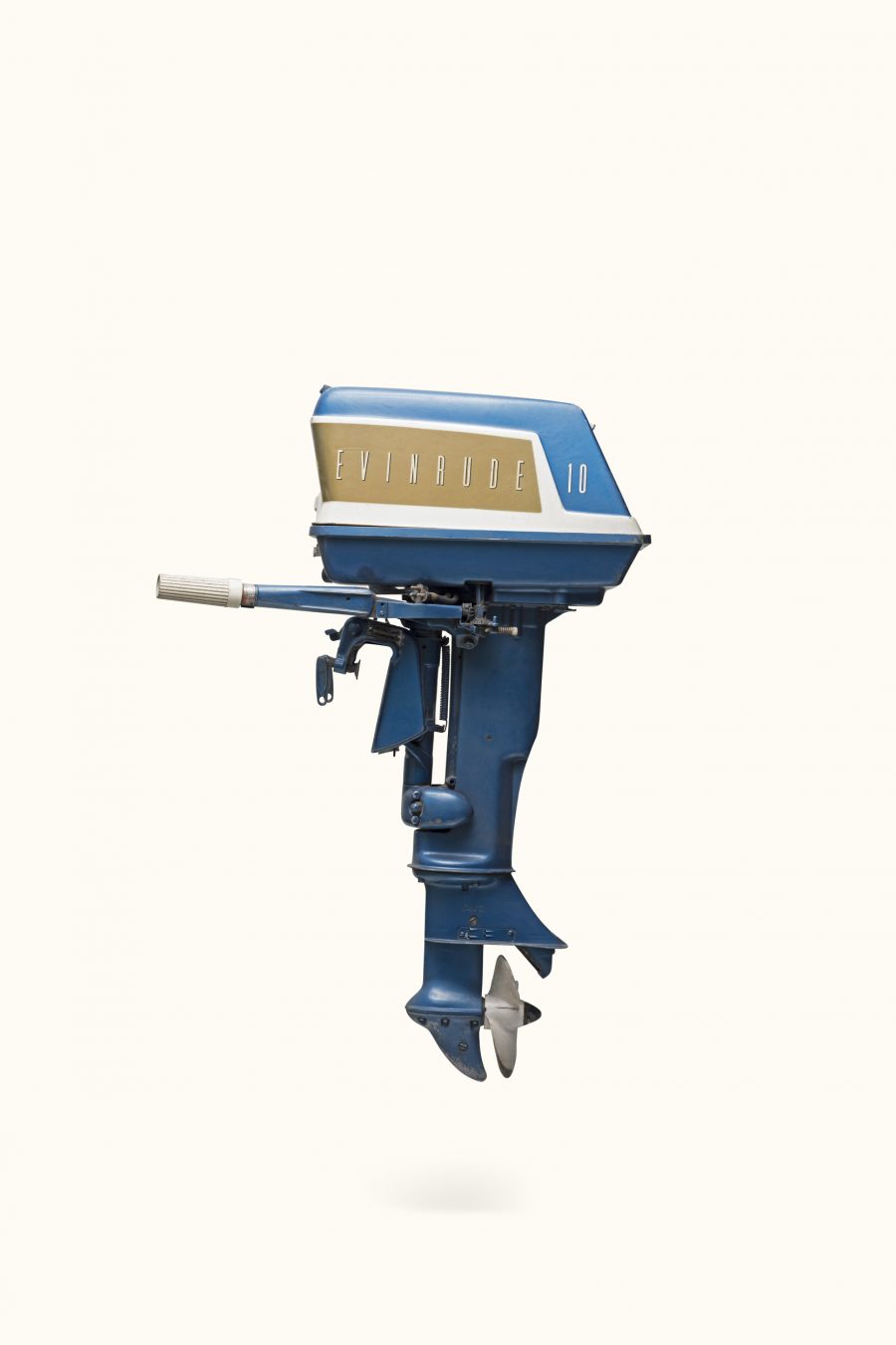 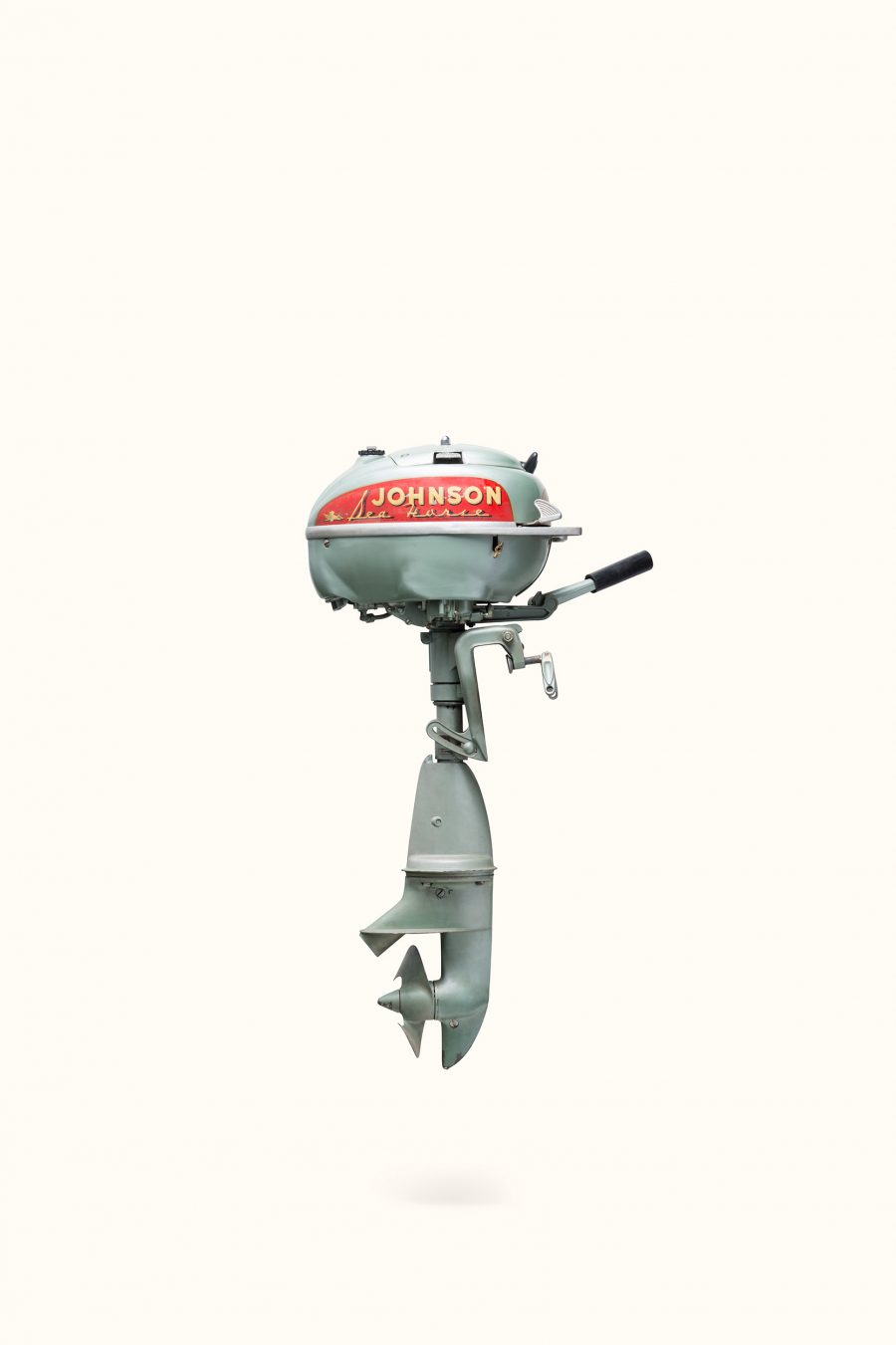 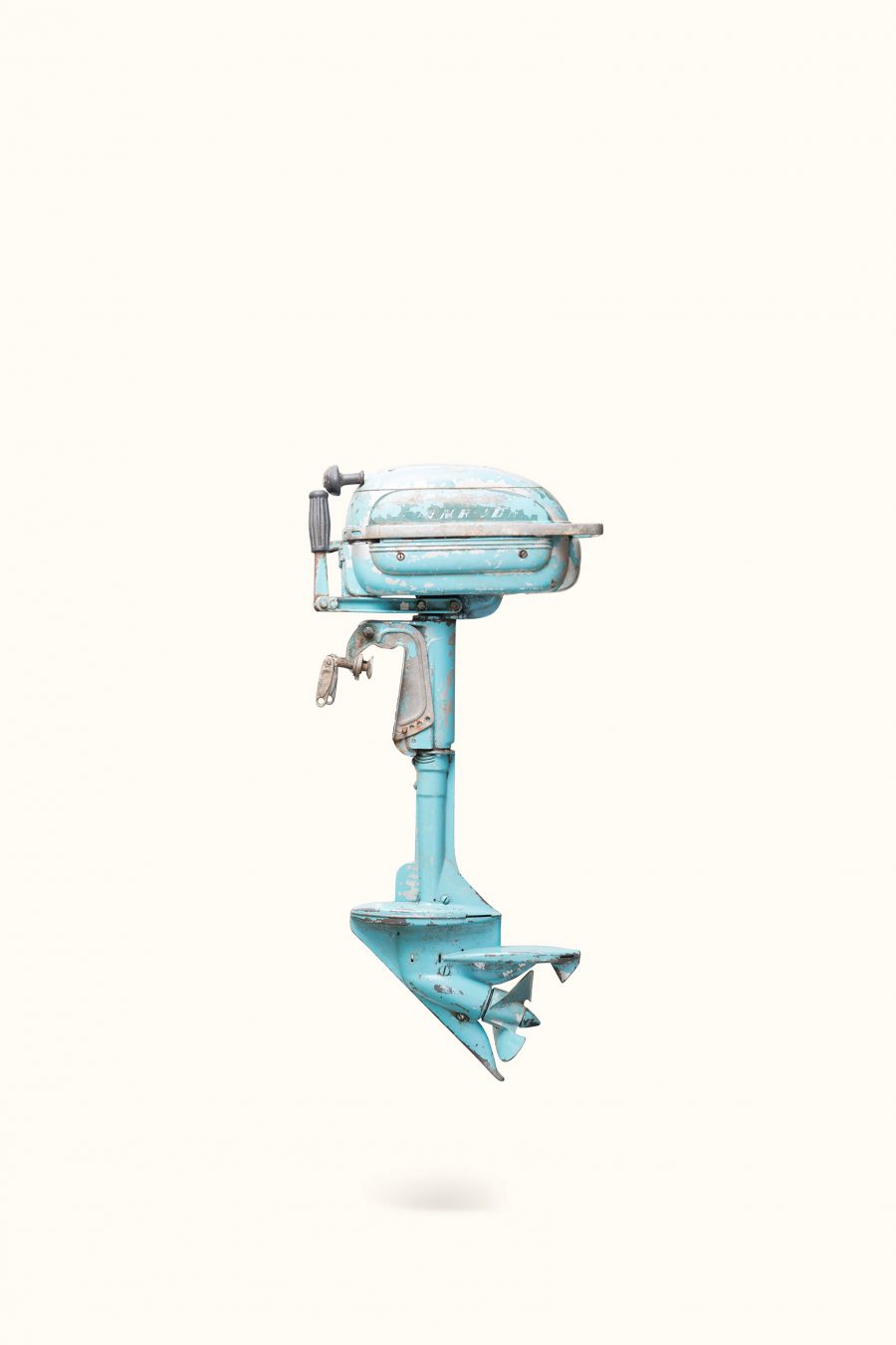 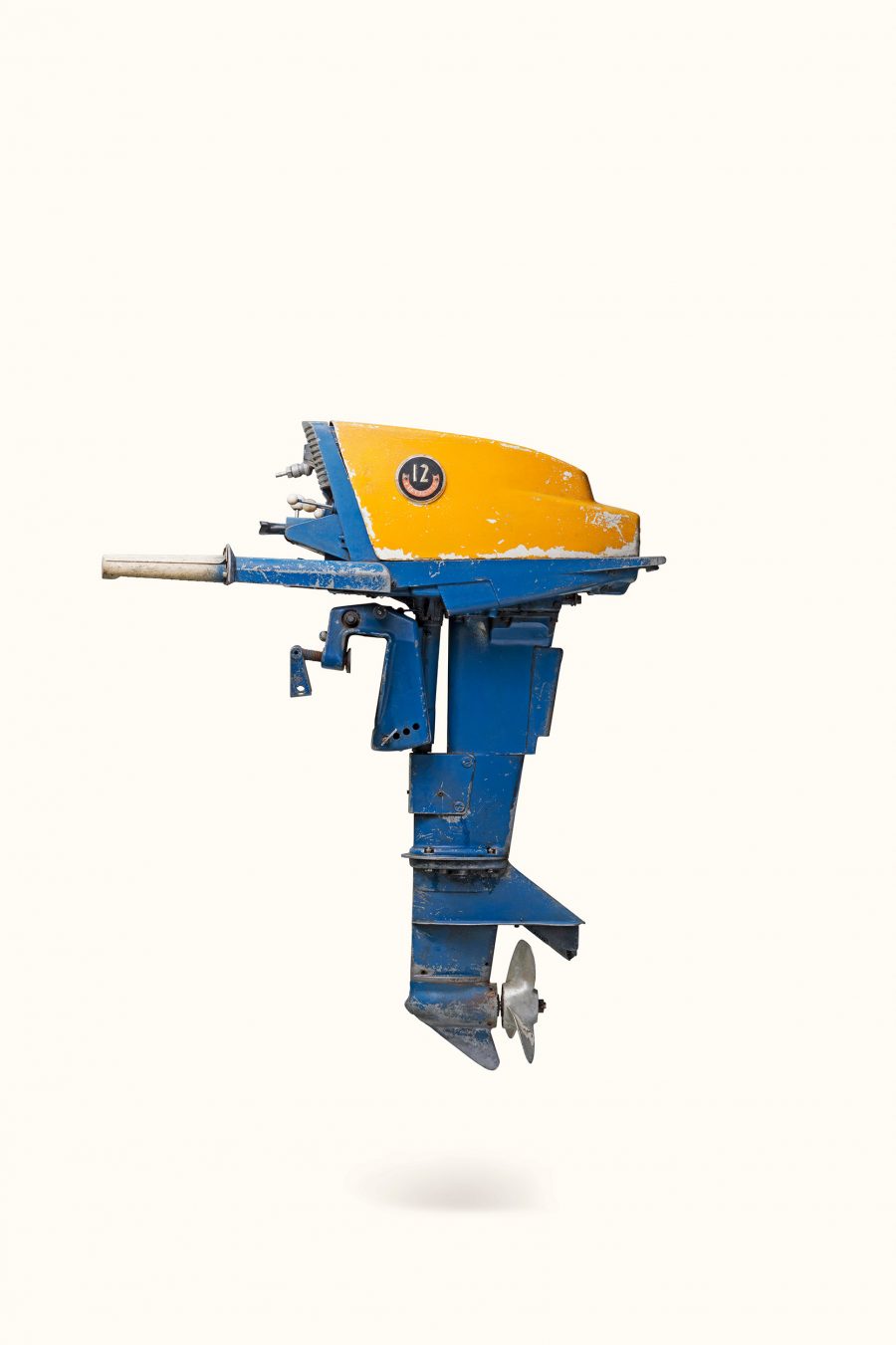 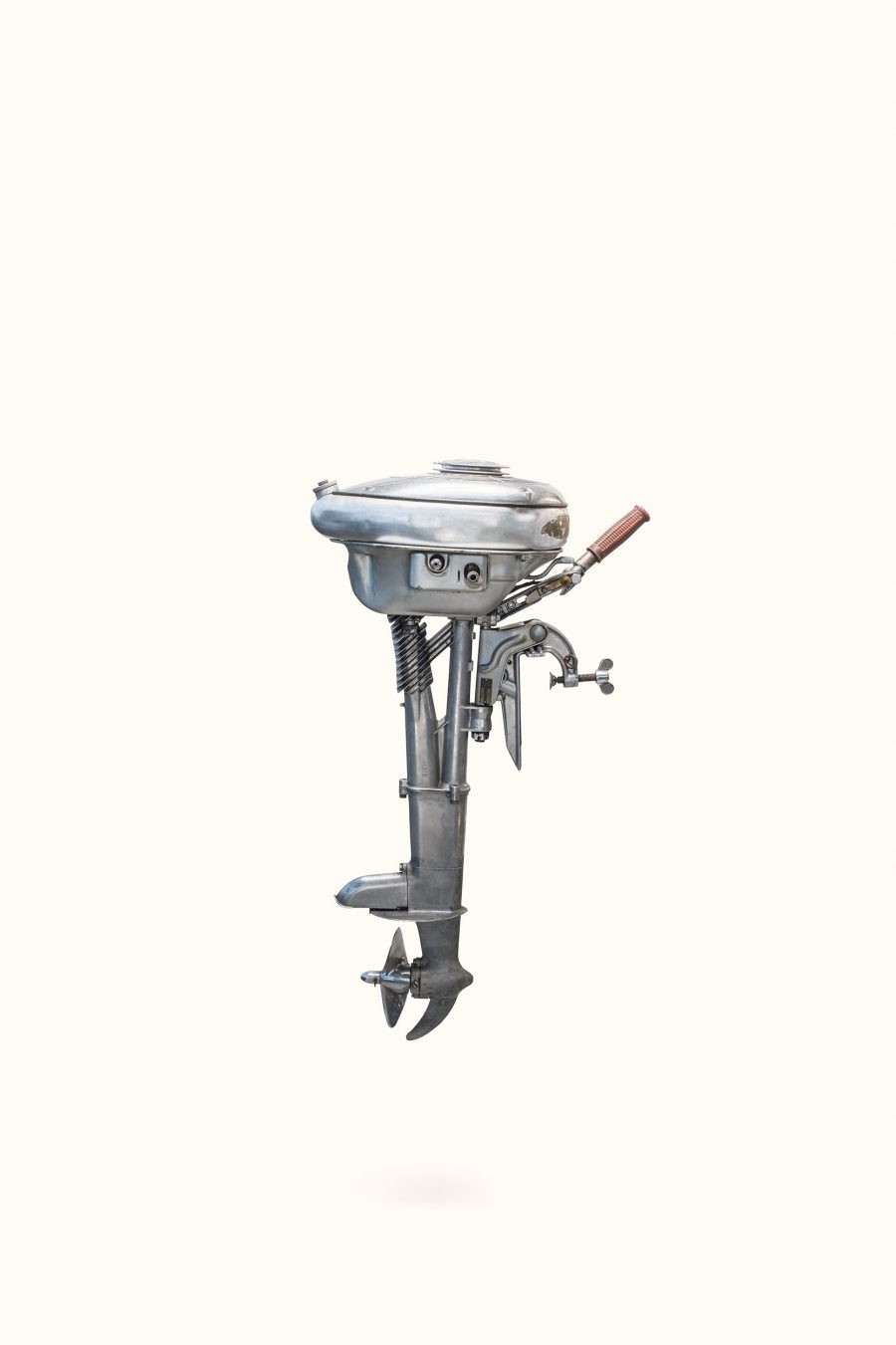 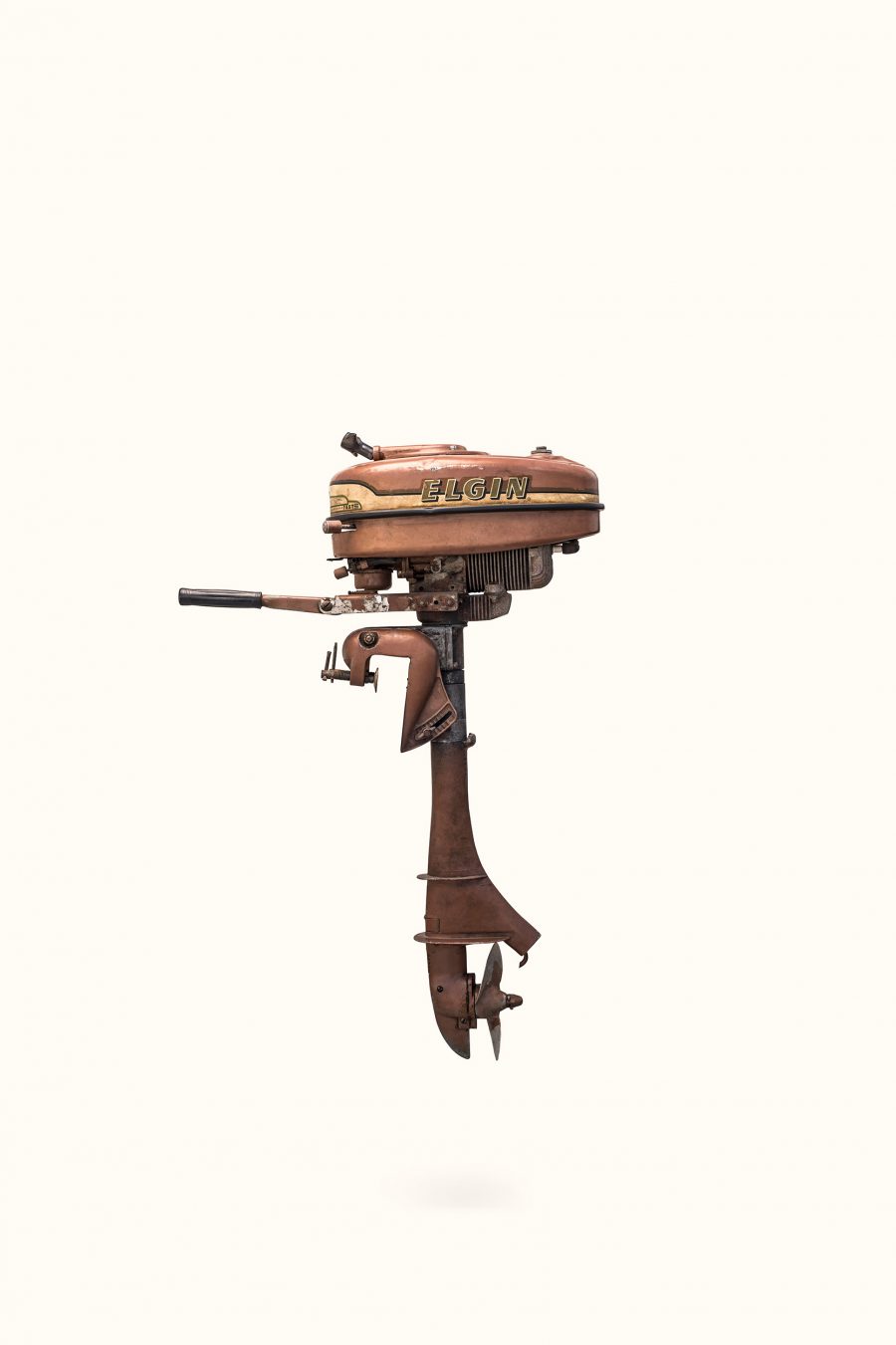 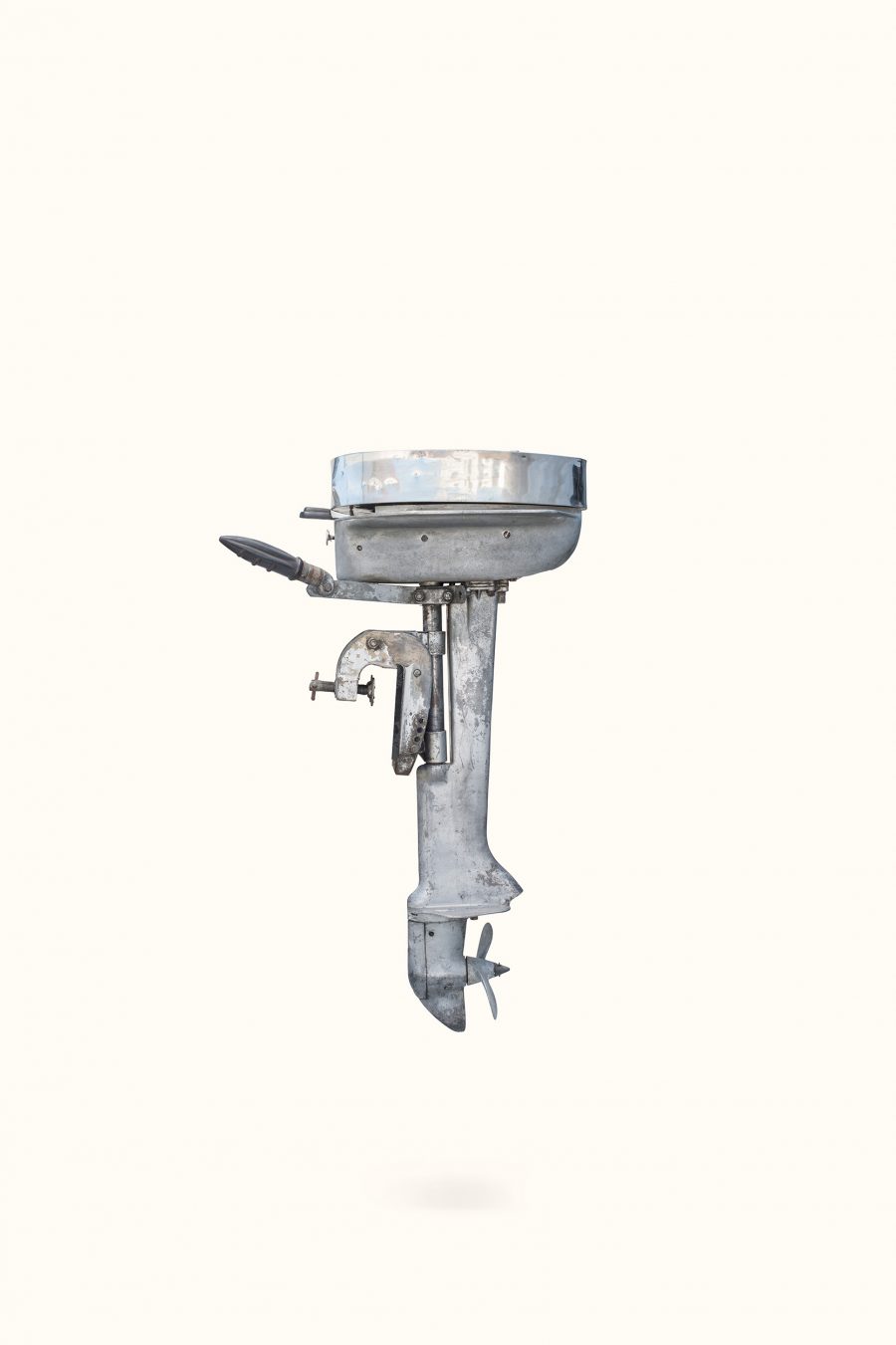 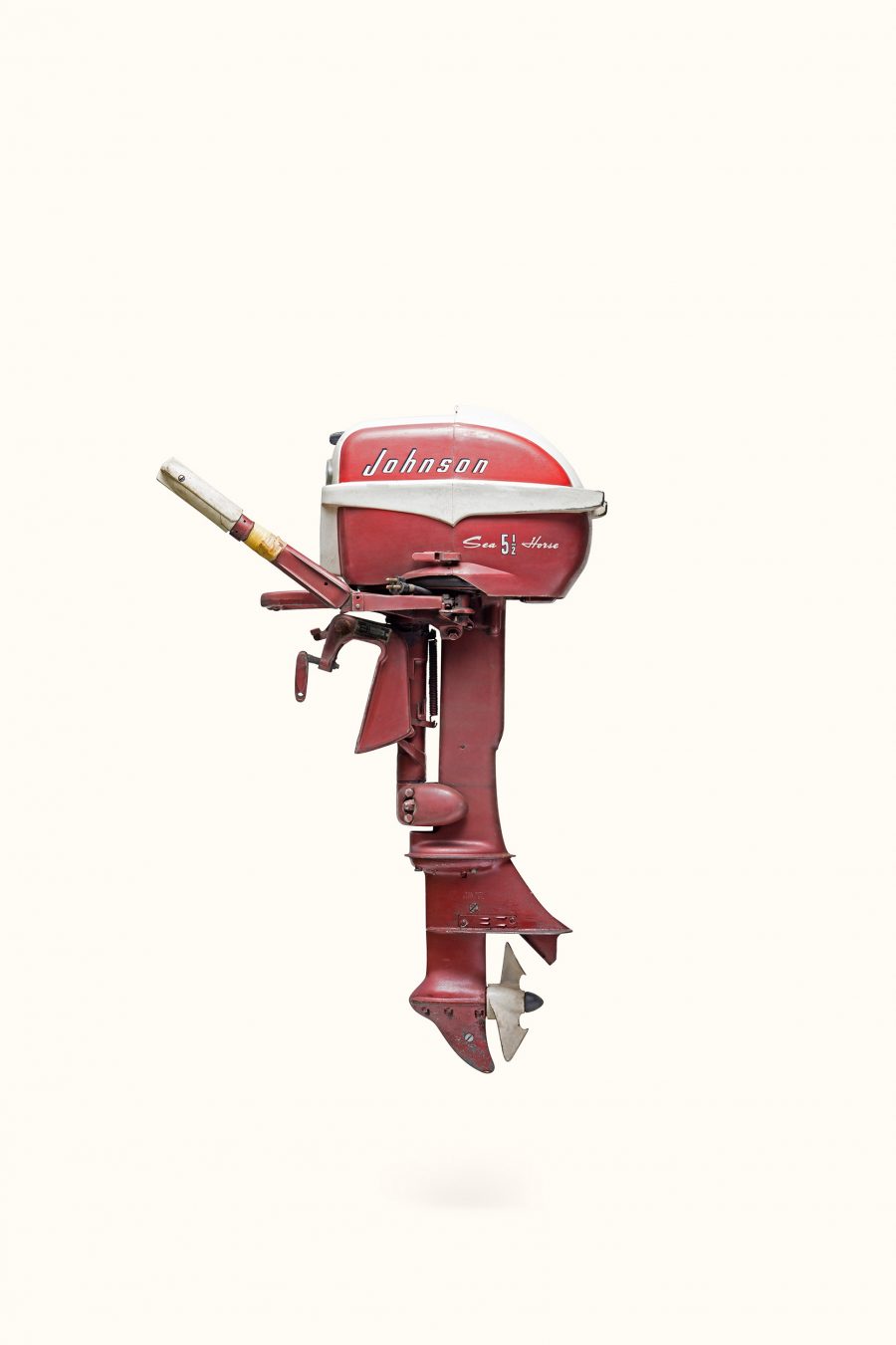 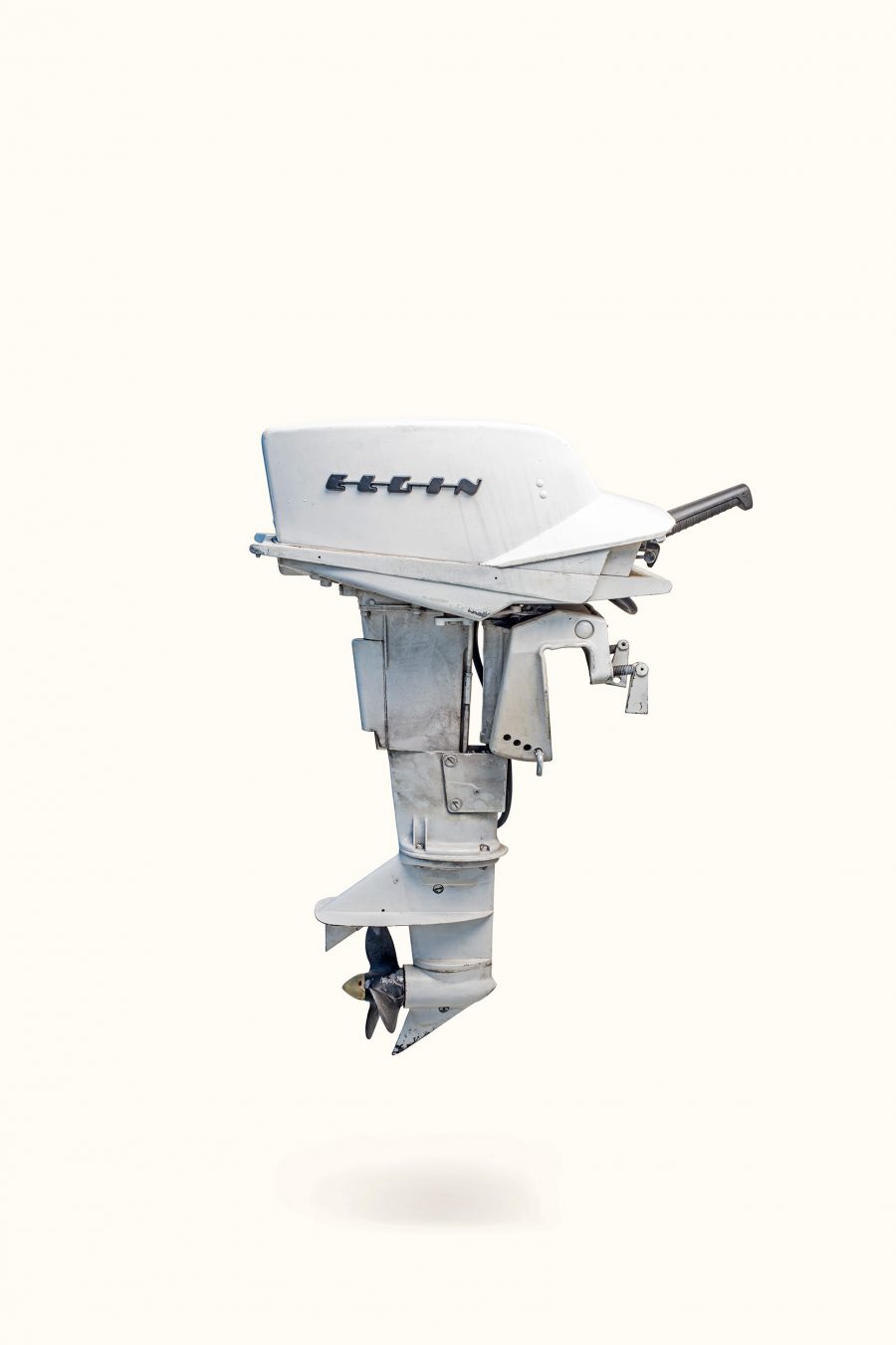