There’s a nice symmetry about dragon-boat races taking place today where First Nations canoe races were waged a century before.

Ever since the Hudson’s Bay Company selected this sheltered bay for its fur-trading fort in 1842, Victoria Harbour, in what is now Victoria, British Columbia, has been a gathering point. Crowds once assembled to eagerly check out the single women arriving from the United Kingdom on “bride ships” in the 1860s; to greet the Victoria-based fleet of North Pacific sealing schooners, the workhorses of the fur-seal industry that peaked in the 1890s; or to say farewell to troops departing for the two world wars.

The waterfront also became the community playground for events such as Queen Victoria’s birthday celebration on May 24, with swimming contests and boat races. (The first event in 1867 was the result of political posturing—British colonists squelched plans by American miners to celebrate their Independence Day with a regatta in Victoria and claimed the idea for the Crown.) Navy personnel, members of the Chinese community, and local clubs all participated in the annual regattas over the years, but competitions between First Nations communities were among the most celebrated. In the early years, groups from northern British Columbia, such as the Haida, raced against First Nations from the Victoria region. By the 1890s, most competitors for the canoe races came from Vancouver Island and Washington State nations. 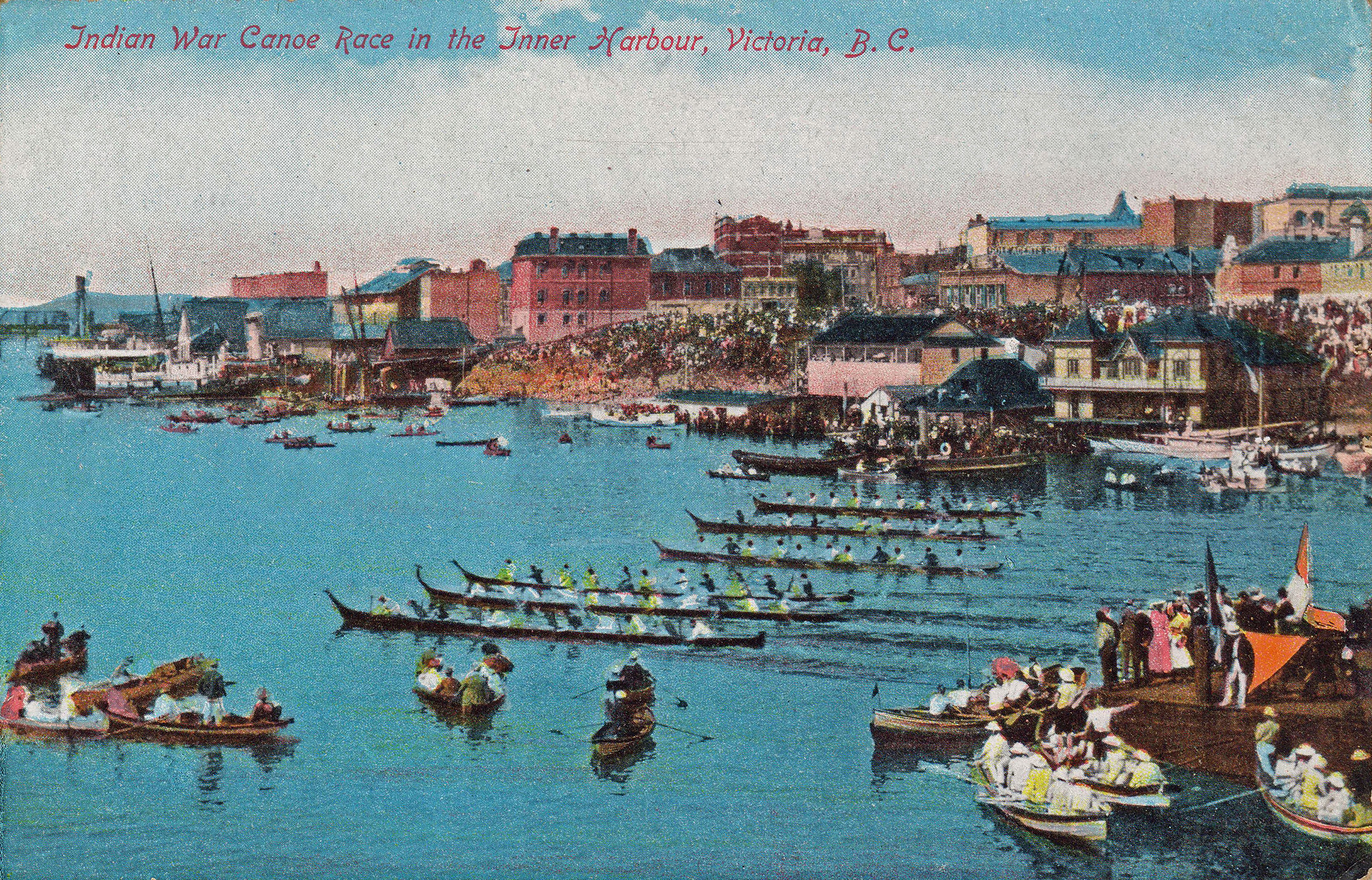 Then: This colorized postcard, printed in Germany and issued circa 1909 by “A. A. Aaronson, Indian Curio Dealer,” appears to be based on a photograph Stephen Allen Spencer took on May 24, 1904. The Daily Colonist reports that the race for the 12- to 15-meter canoes shown in the photograph was won by a team from the Cowichan region. Image courtesy of Nick Russell

Over time, and particularly with the advent of the Second World War, the regatta lost its momentum.

Today, events such as Victoria Symphony Splash, featuring the local symphony performing from a barge, and Canada Day festivities attract the huge audiences to the harbor. The three-day Victoria Dragon Boat Festival in mid-August, now in its 21st year, draws 90 teams and their supporters from the Pacific Northwest and beyond. And, after a long hiatus, “war canoe” races returned to the harbor this past June, with a new generation carrying on the tradition of their paddling predecessors. 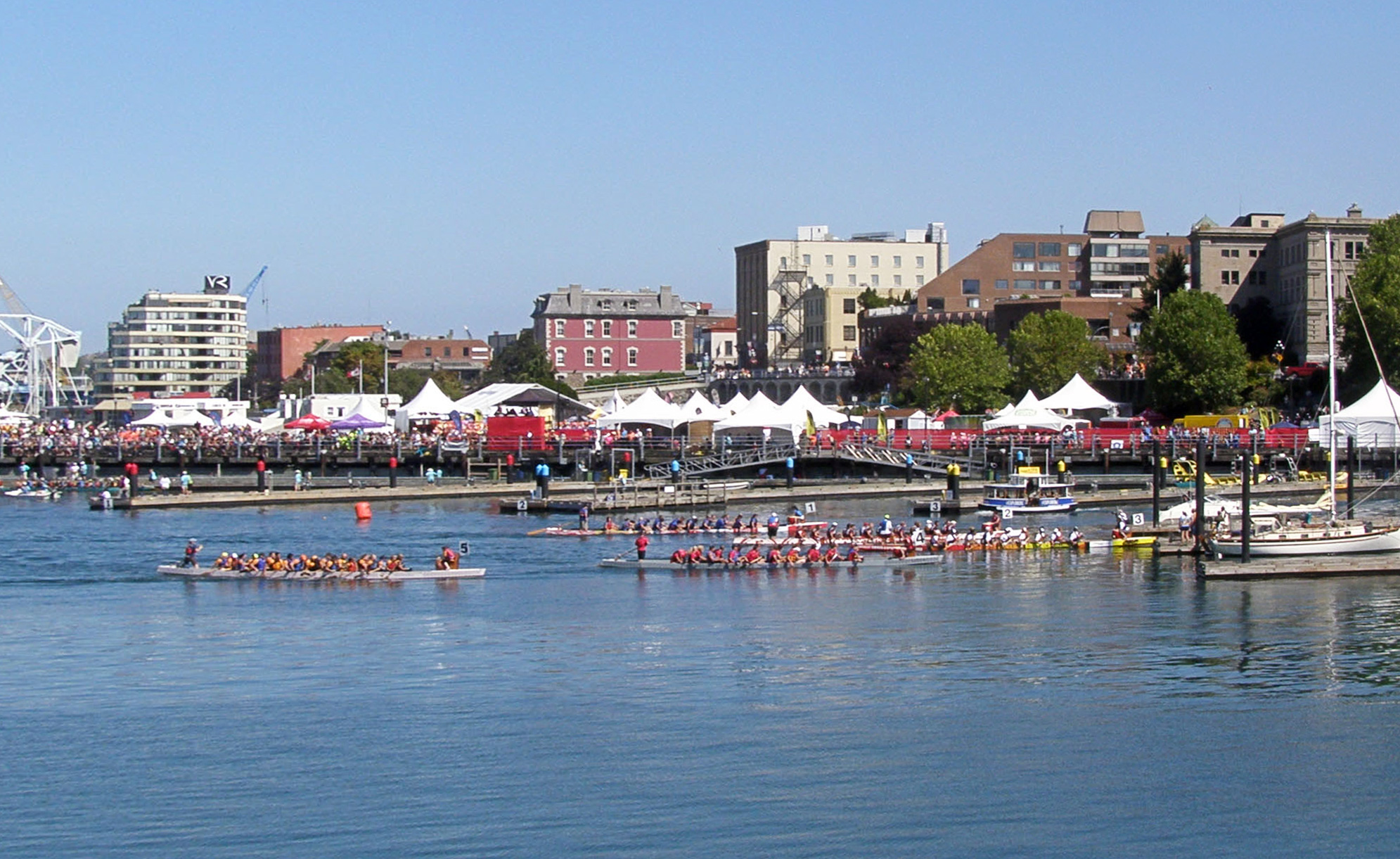 Now: A photograph taken in 2014 shows teams convening at the race start line during the Victoria Dragon Boat Festival. An estimated 80,000 people attend the festival each year. Photo by Nick Russell