After a long, dull day, the sun is finally breaking through the clouds as fisherman Graeme Hackworth hops off his tiny blue-and-white boat—named Freya after his granddaughter—and clambers up the stone quayside. Using a heavy rope, he hoists the first of three plastic baskets, each about the size of a large laundry tote, from the boat deck about five meters below. Hackworth grimaces slightly as he hauls the bounty upward. It’s now well into the evening and he’s just spent seven hours on Strangford Lough, an inlet in Northern Ireland linked to the Irish Sea, pulling up hundreds of traps, called creels, from the seabed and tipping the day’s catch—langoustines—into his baskets.

I peek into the baskets to take a closer look at the wriggling mass. The bright-orange-pink langoustines writhe irritably, clicking and pinching one another with their gangly claws. The decapod crustaceans look a bit like small lobsters—and some people call them Norway lobsters—but their claws are long and thin rather than egg-shaped. Their bodies are hefty, often a good inch thick or more at the thorax, and will each yield a chunk of prawn-like meat. A wholesaler is here too, waiting to take away a portion of the catch to sell to fishmongers and restaurants. “Must be a pleasure, boy, liftin’ the creels and seeing them,” he says to Hackworth as they carry the langoustines to a waiting truck. 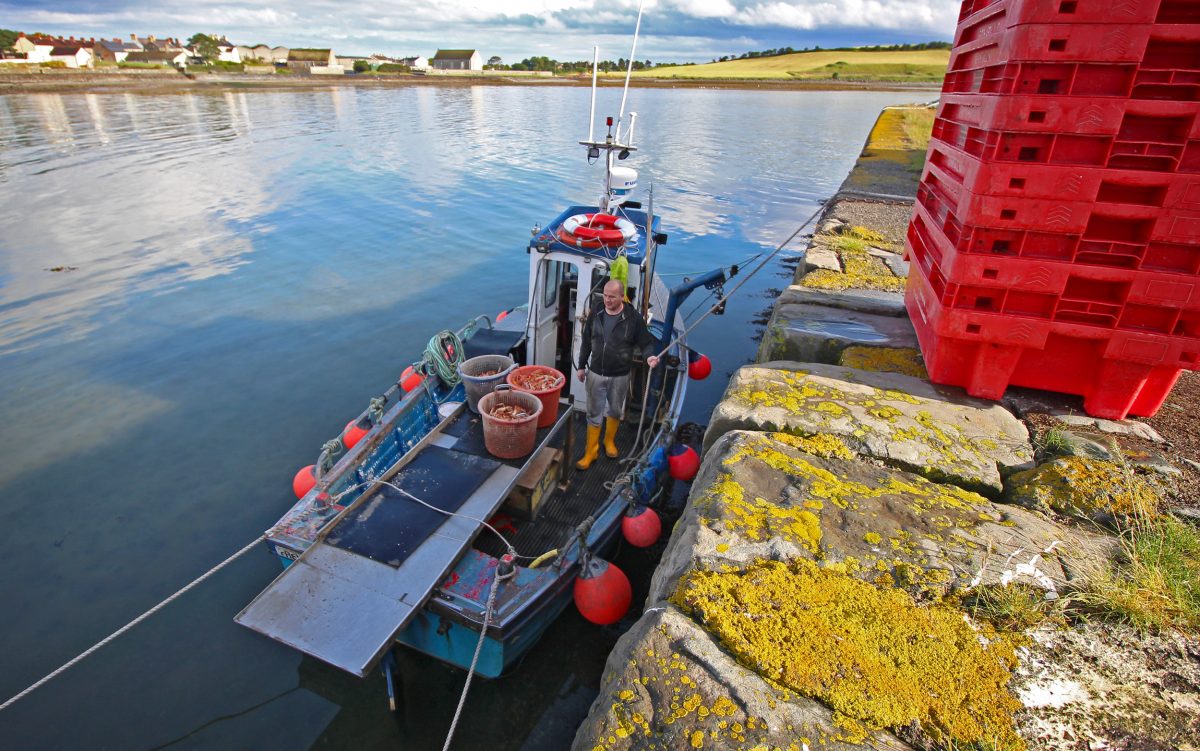 In the harbor of Strangford Lough, Northern Ireland, fisherman Graeme Hackworth unloads his catch of langoustines. Photo by Chris Baraniuk

My trip to meet Hackworth comes some weeks after I bought a few particularly large langoustines at St. George’s Market, a traditional market hall in Belfast, less than an hour’s drive from where Hackworth lives on Strangford Lough. It was a Friday morning, the best time to shop since it’s the first day of the weekend food market. Shoppers snap up fresh seafood caught the previous day. It’s as fresh as they’ll get, unless they head to sea themselves. Eating fish on Friday is traditional in the United Kingdom, Ireland, and many other countries—a hangover from old religious practices now largely forgotten. But a popular maxim remains: the freshest fish is bought on Friday. This principle holds in my house, and I’ll often pick up something for my wife and I to share—a whole brill, a type of flatfish—for instance. On this particular market Friday, however, the langoustines caught my eye. At three or four times larger than the average, they were the biggest I’d ever seen.

They were monsters of the deep, but their days were numbered. Following a 20-minute chill in the freezer—a humane way to stun them—we tossed them into a pot of vigorously boiling water for three minutes. Those were the simple steps, eating them was trickier—langoustines are covered in a tough armor with sharp spines and razor-like edges. First we pulled off the “tails”—actually the abdomens—then pressed hard at the edges to snap the shells down the middle. The prize we extracted was sweet and juicy white meat, exquisite with bread and butter or a bit of mayonnaise. 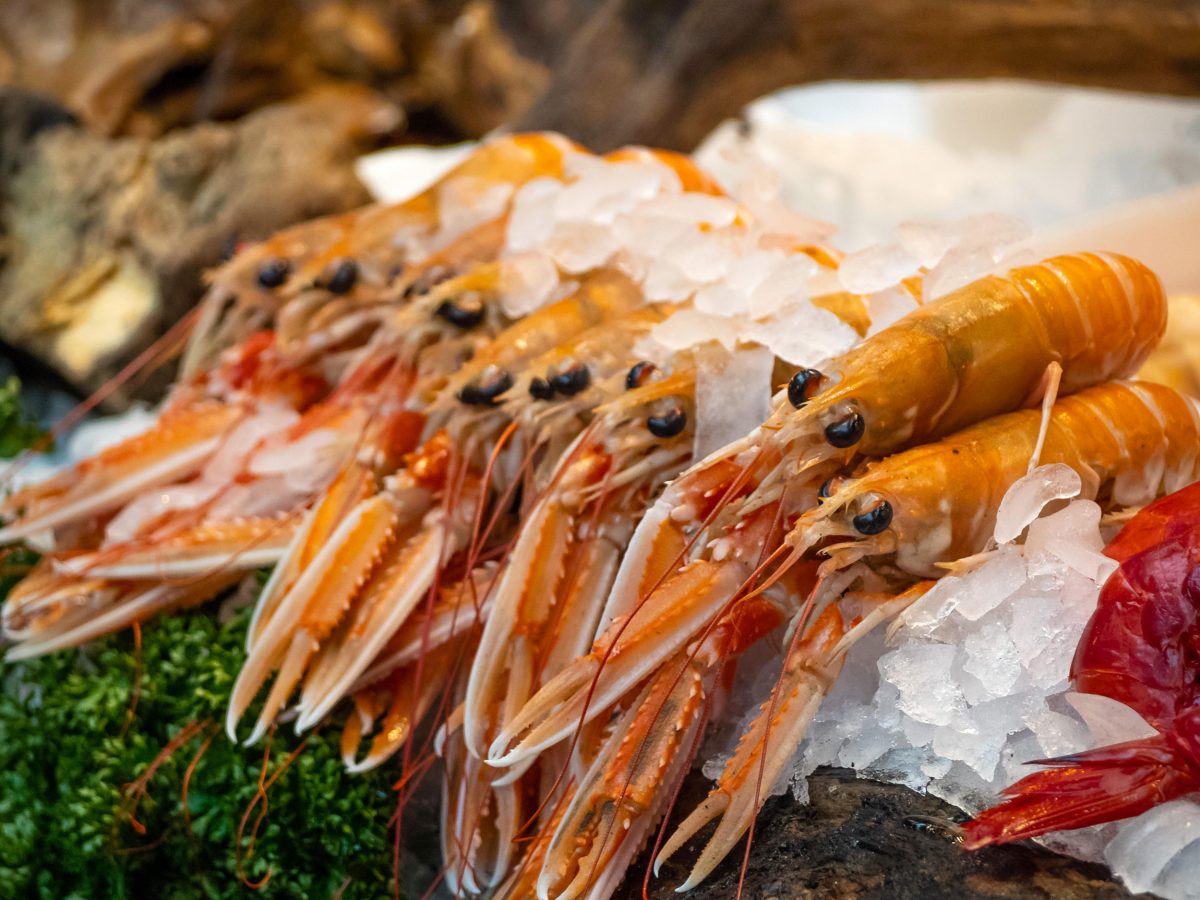 Langoustines for sale at a market in London, England. Photo by Barry Neal/Alamy Stock Photo

I was so impressed by the size and flavor of the langoustines we enjoyed, I wanted to know more about how and where they were caught. They were “creeled out of Strangford,” the fishmonger told me, so I arranged to travel here, to the shores of the lough, to meet Hackworth and learn about the traditional craft of creeling.

When Hackworth pulls his boat into the harbor, I walk over to say hello and soon we’re chatting about his life on the water over 30 years of fishing. Never knowing how much he’ll catch is exactly what he likes about his job. “It’s different every day,” he explains. “It’s the excitement.” When he first started in the industry, he fished for prawns and crabs as a crew member on a sea trawler, but for most of his career he’s worked alone, creel fishing for langoustines using a method that’s changed little over the centuries. He certainly has a conveniently located workplace—he points to his house, a detached bungalow with a gray slate roof, just 200 meters away, right by the harbor.

The front rooms must have a fantastic view down here to the water. Strangford Lough is stunningly beautiful, with the silhouetted Mourne Mountains poking over the horizon to the southwest. In the north, Scrabo Tower, a vaguely gothic stone structure, lords over the lough from atop a hill.

Out in the Irish Sea, trawlers dragging large nets also fish for langoustines, but the lough is a protected area. In 2003, trawl fishing for langoustines and other crustaceans was banned here because the nets can damage the seabed. The move was an effort to save biogenic reefs, living structures made of horse mussels, sand, and mud. Creel fishing, which simply involves leaving netted traps on the seabed and collecting them later, has a far lesser environmental impact. 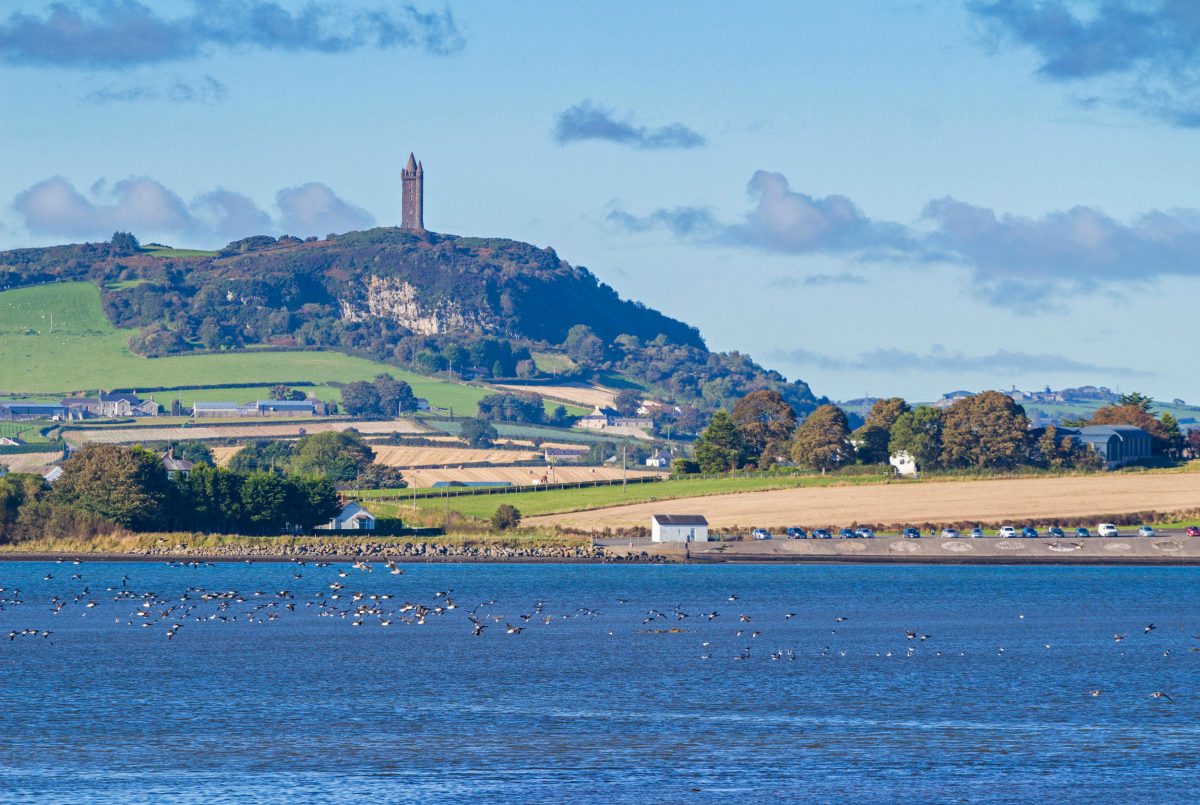 With the trawlers gone, you’d think the creel fishers might have come in droves. But they haven’t. The lough is huge, 32 kilometers long and eight kilometers wide. In all that vastness, there are just two people left who fish for langoustines with creels. Hackworth is one of them. He works alone on his boat, but seems to enjoy his solitary days. He regularly gets up at ungodly hours to start his workday. Half past three in the morning is a good time to set off, but poor weather, like this morning’s high winds, means a later start.

With almost no commercial fishing in the lough, the langoustines grow big. That is the reward Hackworth is looking for. And yet, for all his solemn love of ensnaring the langoustines, he has no interest in eating them. He doesn’t like them. In fact, he doesn’t eat much fish. In Northern Ireland, he is not alone.

Diets here have traditionally been quite conservative, focusing on the land rather than the sea. “Meat, potato, and two veg,” says Danny Millar, a local chef. People here, particularly older generations, can express squeamishness—even nausea—at the thought of picking squidgy things out of shells or trying an unfamiliar fish for the first time. That squeamishness may be reflected economically—80 percent of all fish landed in Northern Ireland is sold elsewhere. But Belfast’s fishmongers seem to be doing good business. And Millar has just launched a seafood restaurant in St. George’s Market. He says diets in Northern Ireland are, in fact, gradually changing as people become more aware of the quality of the country’s fish and shellfish. After all, they are popular in other parts of the world, particularly France, Spain, and Italy.

There is even interest in Northern Irish seafood from Asia. A new trade agreement between the United Kingdom and China is predicted to boost Northern Ireland’s fishing sector by £5.3-million [US $6.5-million]. Significantly, this will involve the export of live langoustines—something Scottish fisheries have been doing for years. The crustaceans will likely be loaded into water-filled containers before being flown halfway around the world, says Hackworth. And he wants in on it. “Big, big money, probably,” he says.

As we part, Hackworth offers me a small bag of his langoustines to try. At home, I boil them as usual, with a bit of lemon. They need no other accompaniment; they’re succulent, sweet, and easily the freshest langoustines I’ve ever had. This is Thursday, after all. St. George’s Market doesn’t open till tomorrow.