A dusky dottyback in its brown coloration. Photo by Cristopher E Mirbach

In the classic fairy tale, the Big Bad Wolf dons Little Red Riding Hood’s grandmother’s clothes to fool the girl into coming close enough to eat. In the natural world, this is called aggressive mimicry.

The dusky dottyback is a small predatory fish common on the coral reefs of the Indo-Pacific. Dottybacks come in at least five different colors: yellow, brown, pink, orange, and gray. Yet a dottyback’s coloration isn’t fixed. Researchers have watched them change from yellow to brown within two weeks of being relocated from a living reef to a patch of dark coral rubble.

As zoologist Fabio Cortesi and colleagues showed in an experiment, dottybacks primarily use mimicry not to hide, but to hunt. 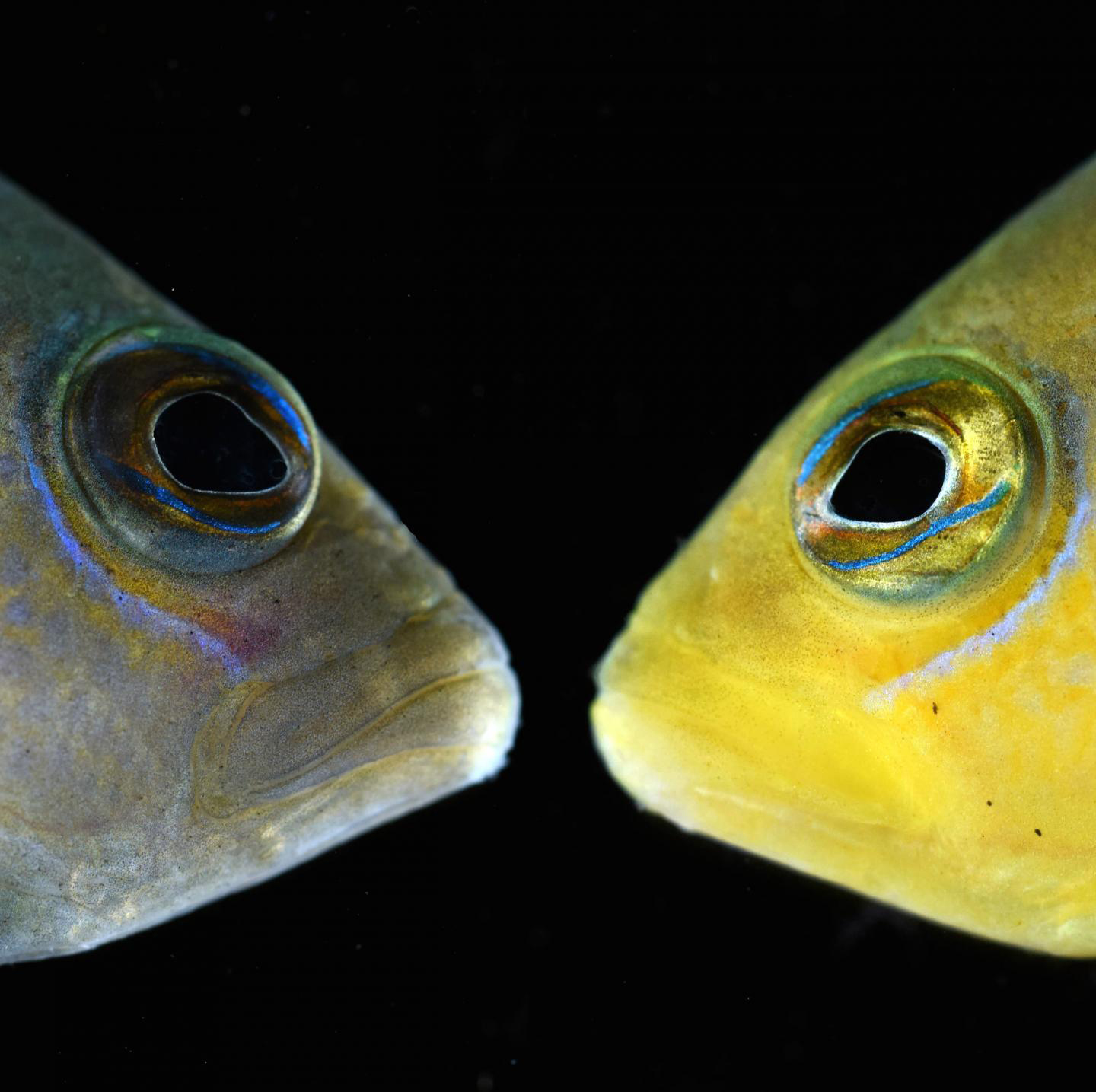 Yellow and brown dottybacks, side by side. Photo by Justin Marshall

To show the difference, the scientists built a series of artificial reefs out of either yellow coral or brown coral rubble. Stocking each of the two reef types with either yellow or brown damselfish resulted in four different environments: two where damselfish matched the coral, and two where they did not. Into each of those environments the researchers dropped either a yellow or a brown dottyback. No matter the coral’s color, the dottybacks changed to match the damselfish.

This is more than a simple case of camouflage—it’s far more insidious. Like the Big Bad Wolf in grandma’s clothes, to young damselfish the color-changed dottybacks look like one of their own—junior damselfish can’t tell the difference between harmless adult damselfish and deadly dottybacks.

But unlike for Little Red, in this nature tale there is no happy ending, no huntsman to set the damselfish free. Unaware of the danger, the young damselfish swim right into the mouth of a killer.