The Japanese flounder population saw a huge spike in the wake of the March 2011 earthquake and tsunami. Photo by Aflo Co. Ltd./Alamy Stock Photo

You won’t catch any three-eyed mutant fish off the coast of Japan these days, but in the wake of the 2011 earthquake and tsunami you also won’t have a problem finding flounder, the latest species to suddenly flourish in a nuclear disaster zone after humans have been pushed away.

In March 2011, a devastating earthquake and tsunami damaged Japan’s Fukushima Daiichi Nuclear Power Plant. In the days and weeks that followed, the crippled power station released radiation into the air and water along Japan’s northeast coast, leading officials to evacuate more than 100,000 people and abandon an area radiating 20 kilometers from the plant. But the disaster had an unexpected consequence: as a new study reveals, humans’ desertion of the area inadvertently created a safe haven for fish along Fukushima’s coast. As a result, the population of the once heavily fished Japanese flounder may have nearly tripled in just five years.

Early monitoring in the wake of the disaster did detect elevated levels of radioactive cesium in some marine species, including the Japanese flounder. With thousands of fishing vessels washed away, port and processing facilities destroyed, and concerns about radiation in seafood, the region’s bustling coastal fisheries were shut down.

Fishing was halted far beyond the nuclear plant’s 20-kilometer exclusion zone, extending into offshore waters more than 1,000 meters deep. As a result, flounder received a free pass to Fukushima’s coastal and offshore waters, with no worry of hook or net. Even after extremely limited and continually monitored trial fishing operations began at the end of 2013, Japanese flounder were being caught at 2.5 percent of previous fishing efforts. 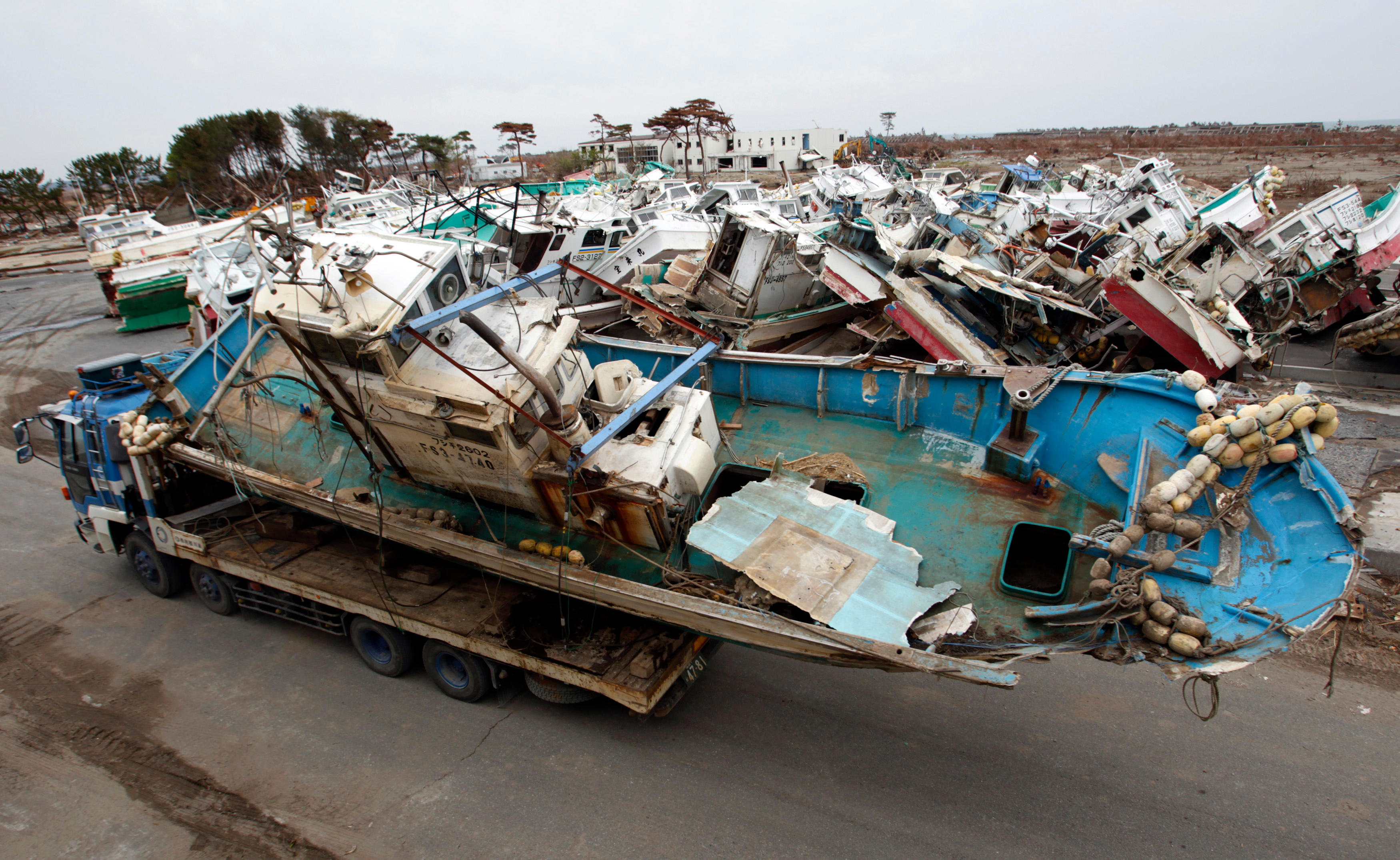 Through their surveys, scientists have found no evidence of health or reproductive defects in the flounder, and since April 2015, fishermen’s monitoring surveys have not detected any marine life registering above Japan’s conservative limits on radiation in food, a limit the nation lowered to a fraction of the European Union’s standard in the wake of the Fukushima disaster.

Yasutoki Shibata, a statistician with Japan’s Fisheries Research and Education Agency, set out to model how this drop in fishing pressure after the nuclear accident affected flounder populations. In the model, he and his colleagues used more than a decade of national fisheries data on pre-disaster flounder fishing efforts in the region. They found that after March 2011, flounder populations were booming, a result backed up by research surveys from 2003 to 2014.

The team concluded that “the waters off Fukushima have effectively been serving as a marine protected area for Japanese flounder since the [nuclear] accident.”

This result isn’t much of a surprise to Jim Smith, an environmental scientist with the University of Portsmouth. He has studied mammal populations such as wolves and deer living in the exclusion zone of another famous nuclear disaster that occurred almost 25 years before Fukushima—Chernobyl. There, he and others have observed thriving wildlife populations in the absence of people and are “struggling to find” effects of the radiation on wildlife outside of a small area immediately around the Chernobyl nuclear plant.

“It’s important that we understand what the effect of radiation is, but even in these sites where there have been terrible nuclear accidents, as an environmental impact, it’s very, very minor,” says Smith.

While wildlife may experience some damage from radiation stemming from Fukushima or Chernobyl, the regular consequences of human activity are much larger and more obvious, says Smith. But nuclear disaster sites aren’t the only places where this happens. Reports abound of wildlife flourishing in areas forsaken by humans for a variety of reasons, from Persian leopards among old land mines in Iraq and Iran, to the rare red-crowned crane along the hostile and densely guarded demilitarized zone between North and South Korea.

These examples remind us that “the human factor is a very big one,” says Smith.