Stuck in one place, plants need to get creative to avoid being eaten. Many use foul-smelling chemicals to keep their enemies at bay, but some predators have learned to turn this defense on its head.

Monarch butterflies, for example, find the milkweed plants they favor by sniffing out chemicals the plants waft into the air—the very chemicals that are supposed to serve as a deterrent. Monarch larvae grow up eating milkweed leaves, bypassing another of the plant’s supposed chemical defenses. Milkweed leaves contain toxic compounds, but monarchs have evolved to co-opt the toxins, using them to make themselves noxious to their own predators.

Similar examples of animals hijacking plants’ chemical defenses abound on land, but now researchers have found the first similar dynamic in the ocean.

On coral reefs in the Florida Keys, one species of sea slug, Elysia tuca, has a keen sense for finding its favorite food, the seaweed Halimeda incrassata. Most of the time, you’d expect to find one slug for every few seaweeds. But when the seaweed is about to reproduce, the slugs swarm. Suddenly, up to 50 slugs might be seen munching on the seaweed.

Marine ecologist Mark Hay and colleagues suspected that the key to this powerful attraction is chemical, so they set up experiments in the lab and in the Florida Keys to find out exactly what was going on.

Extracting several different compounds from the seaweed, they tested the effect of each on the slugs. Cotton balls laced with one compound—4-hydroxybenzoic acid—attracted sea slugs, but not en masse. A second, halimedatetraacetate (HTA), turned out to be the catnip. Both compounds are fatty chemicals known as lipids, and are similar to the chemicals used by terrestrial plants and insects to the same effect. 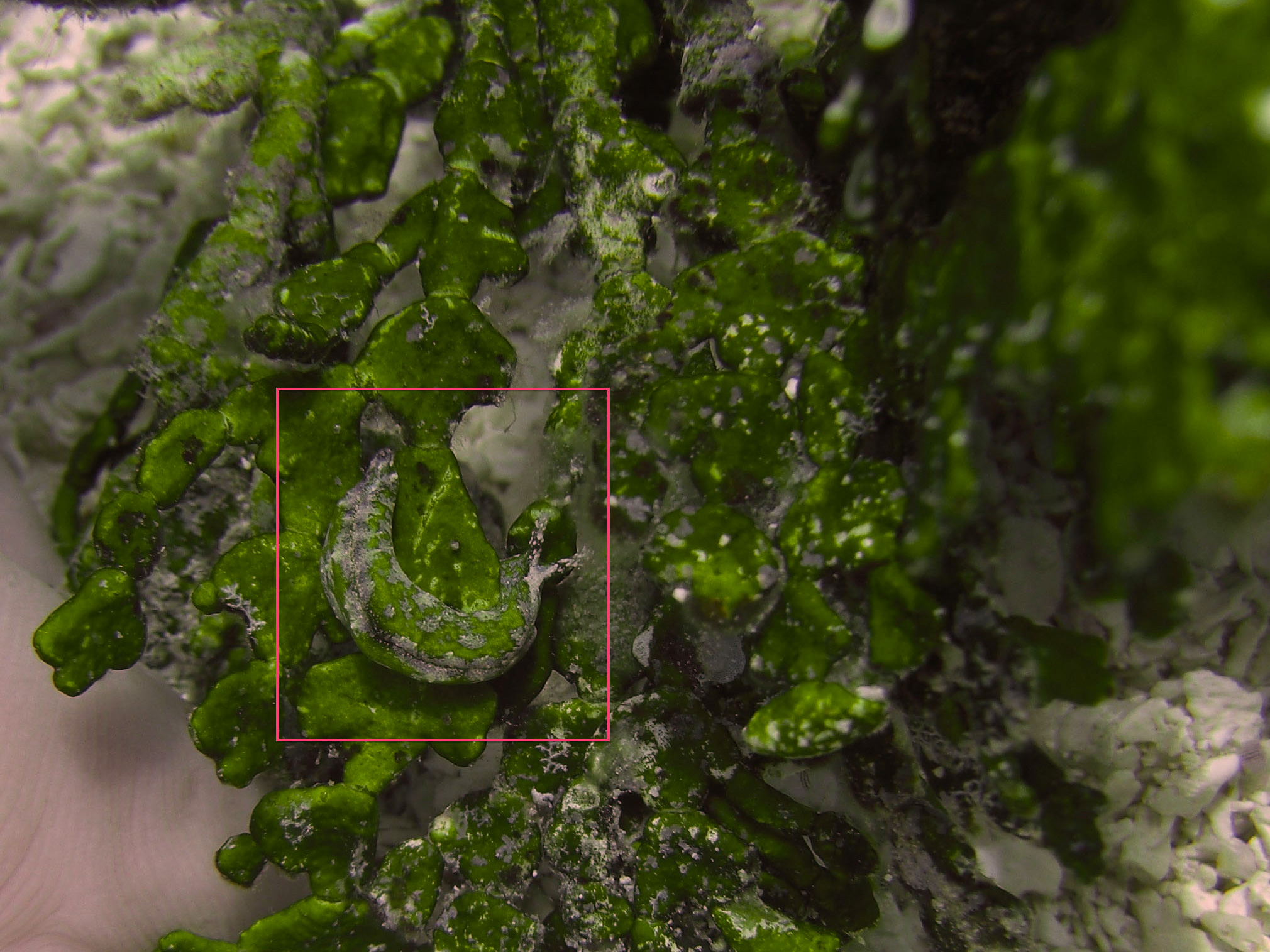 Any predator that can actually find Elysia tuca hidden in the seaweed will be deterred by its toxic defenses, distasteful chemicals hijacked from the seaweed host. Photo by Douglas B. Rasher

Figuring out exactly which chemicals were the draw helped the researchers understand the slugs’ swarming behavior.

When Halimeda reproduce, they grow tiny grape-like nodules that hold their sperm and eggs on the surface of leaf-like lobes. The nodules are also filled with HTA, so when they burst, the chemical drifts in the current. For most herbivores, HTA is a deterrent, and this keeps the seaweed safe during a key period of sexual reproduction. But as Hay and his colleagues found, Elysia tuca use HTA as a beacon. They converge to feast on the nodules, in the process absorbing a dose of HTA that makes them distasteful to other predators.

Anurag Agrawal, a chemical ecologist whose research focuses on terrestrial species, says that while it is fairly common for terrestrial slugs and insects to turn a plant’s chemical defenses against it, so far that has not been the case in the ocean.

“It used to be thought that, in the terrestrial world, the herbivores are all specialized, and in marine systems, they are generalized,” says Agrawal. “Is this the sole exception? Or [are we] beginning to overturn a paradigm?”

Hay says the sea slug’s ability to appropriate the seaweed’s chemical signals likely evolved independently of similar dynamics on land. Sea slugs haven’t shared a common ancestor with terrestrial insects for more than 400 million years, and insects are thought to have developed these chemical detection-hunting techniques after the two groups of animals diverged. Sea slugs, says Hay, gained the ability to co-opt chemicals even more recently.

The chemical connection between Elysia tuca and Halimeda incrassata may be the first discovered in the ocean, but given the strategy’s prevalence on land, it probably won’t be the last.