Fish pricing is strange. Calculating the price of a fish filet is wildly different from pricing a steak filet. For cattle and other livestock, prices are based on the cut, not on the size of the steer or hog that produced the meat. Yet for fish, size matters.

Here’s an example: like most commodities, the price of fish classified as fresh Atlantic Superior Salmon shifts with the market. The NASDAQ Salmon Index tracks this price. On the index, salmon prices are broken down into weight classes, like scaly wrestlers: one to two kilograms, two to three kilograms, all the way up to nine kilograms and more. In each of these categories, a kilogram of salmon commands a slightly different price.

This isn’t specific to salmon. Eric Sjöberg, an economist at the University of Utah, says that the pattern holds for a range of fish. In a study, Sjöberg shows how for four fish—haddock, hake, lemon sole, and saithe—size is “a crucial determinant” for price per kilogram. On average, he says, the total value of a catch can rise or fall depending on whether a fisherman pulls in more small fish or more big fish, even if the total mass of fish is the same. 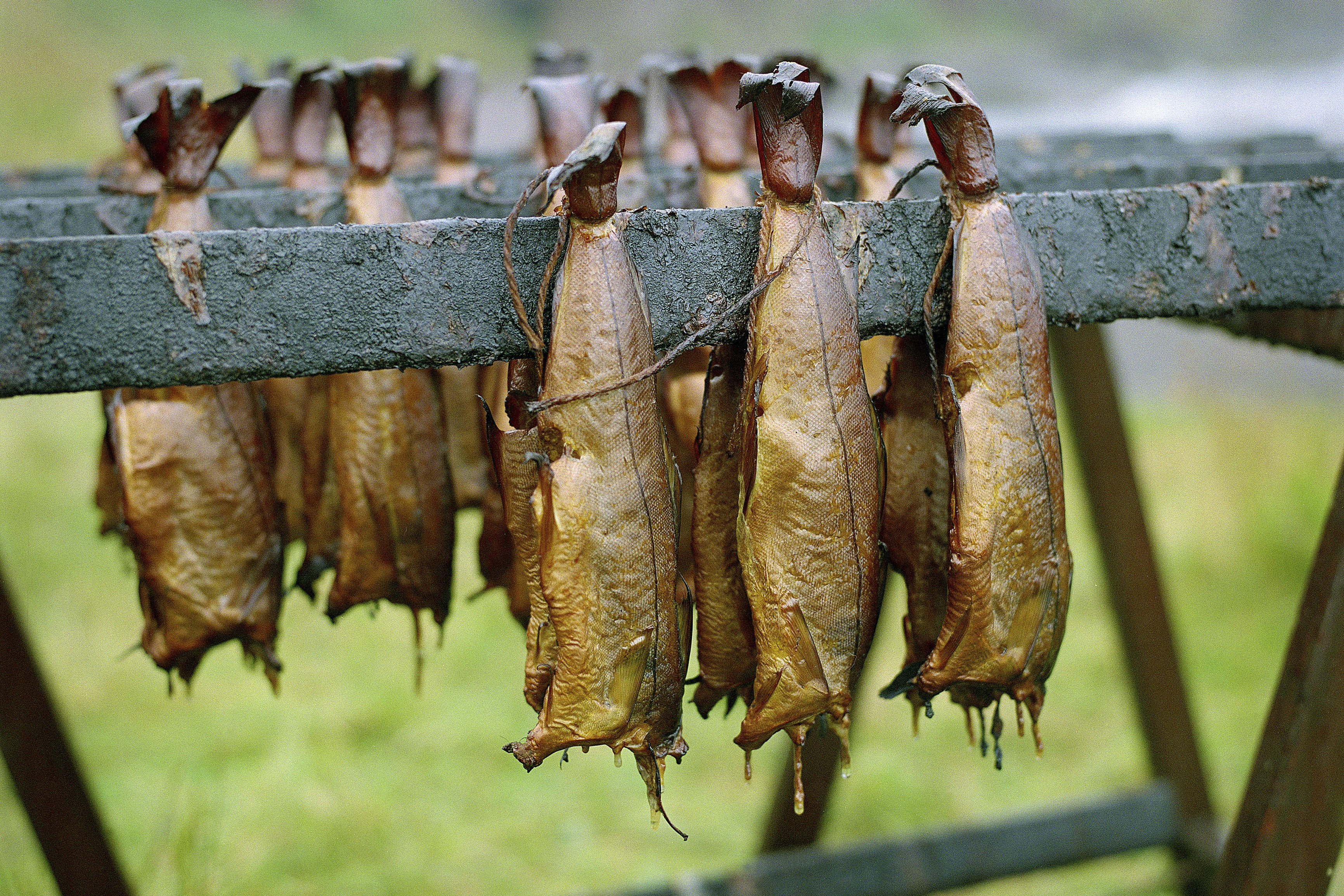 Salted, smoked haddock are made into “Arbroath smokies.” Haddock is one kind of fish affected by weight-graded pricing. Photo by Tessa Bunney/In Pictures/Corbis

In a way, it makes sense. Bigger fish command a higher price because they produce a greater yield of useable filets. But it’s an economic situation that spurs some fishermen to go after the largest fish they can find, in some cases even throwing small fish back to make room in their holds. This practice, called “high grading,” is illegal in most regulated fisheries.

Yet instead of being another nail in the coffin for wild fish, Sjöberg says that the market’s preference for bigger fish could be working in the interest of both fish and fishermen. It’s a contentious stance.

Catch limits today are set based on the overall biomass of the haul, without factoring in the size of the fish caught. Sjöberg says that by changing catch limits to specifically encourage the targeting of big fish, it would benefit the health of the fisheries as well as boost fishermen’s incomes.

Fisheries economist Florian K. Diekert agrees with Sjöberg. He says that encouraging fishermen to target the largest fish (illegal high grading aside) is the best strategy overall. Large fish are often the most reproductively viable of their species, but he says it’s still better to harvest them and leave more fish to grow to reproductive size. “Any little fish you catch won’t become a big fish,” he says.

But University of British Columbia fisheries biologist Daniel Pauly doesn’t wholly agree. He says that while prioritizing big fish may benefit fish populations and fishermen in the short term, it’s not a long-term solution. Eventually, the lack of large fish in the gene pool will cause fish to get smaller. (Something that may be happening already.)

“If you practice this for a hundred years,” Pauly says, “the population will change.”

And since a fish’s value depends on its size, a more petite population will be less lucrative. It’s an unusual kind of long-term feedback—an interplay between economics and evolution that isn’t even a consideration for most other kinds of foods.

One way out of this dilemma, says Anna Child, a fisheries consultant for the United Nations, is for fishermen to start fishing down the food chain. More and more people now eat sardines and anchovies, fish that were largely considered bait 50 years ago. Child says that increasing the market for other fish would bring income and food security to developing markets. And if people diversify their fish portfolio, as it were, the effect on any one species could be reduced.

“If you fish a population lightly,” Pauly says, “if you don’t take all fish, the genetic effect is not strong.”

But the only way to fully stop fishing from affecting fish evolution is to get off wild fish altogether. 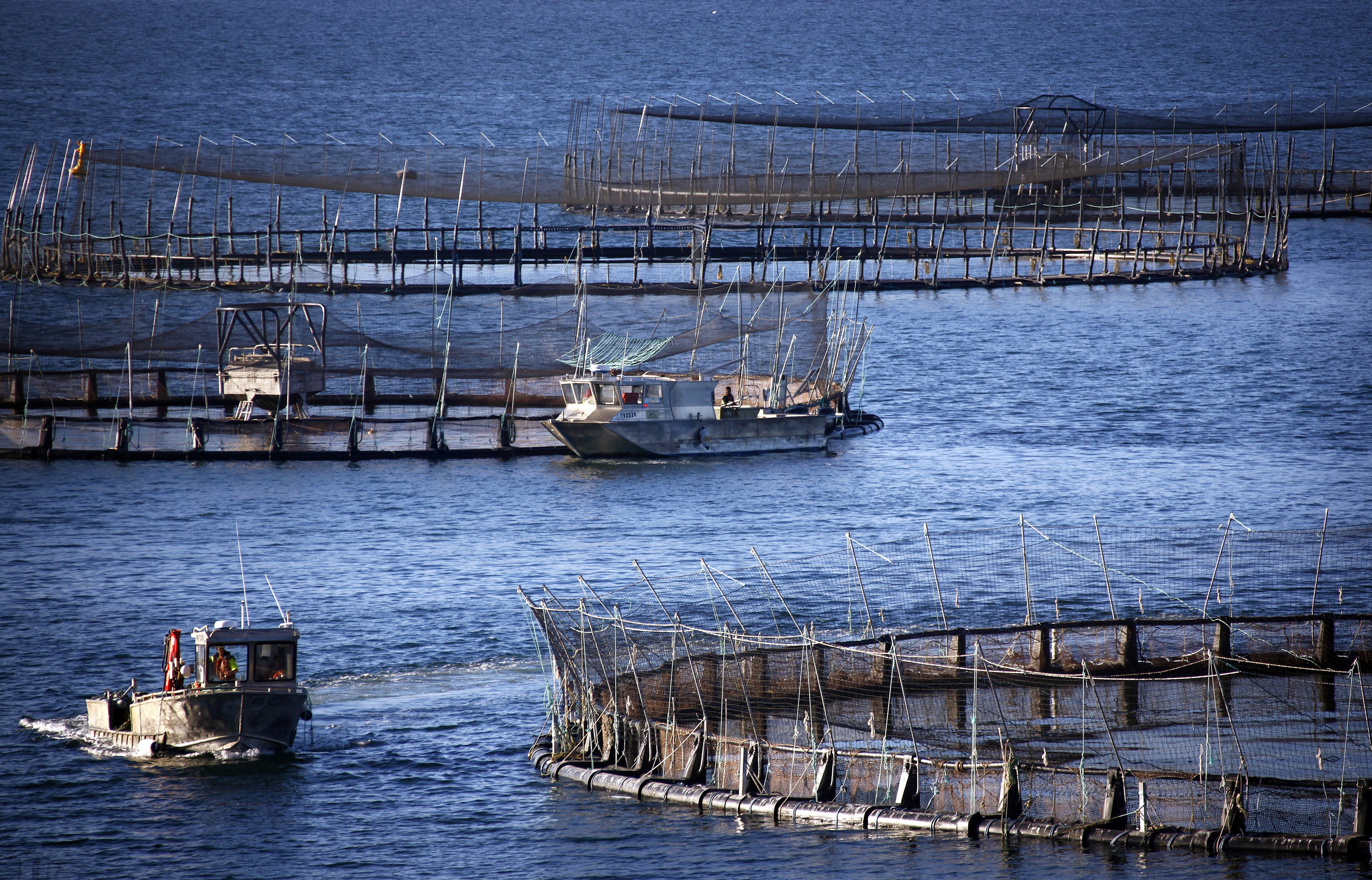 A salmon farm in Australia. Aquaculture already provides a sizeable portion of the world’s seafood. Photo by David Gray/Reuters/Corbis

Farmed fish already supplies 50 percent of consumers’ seafood, says Audun Lem, a deputy director at the UN’s Food and Agriculture Organization, a number he says will need to grow to match future demand. Like other types of agriculture, farmed fish can be bred for desirable traits, including size. But in an aquaculture scheme, some of the profit boost of a bigger fish is eroded because bigger fish cost more to raise and feed—a consideration that doesn’t exist when nature is providing these services for free.

Bigger farmed fish will continue to sell for higher prices to reflect that cost, but without causing a downward pressure on the future size of wild fish.