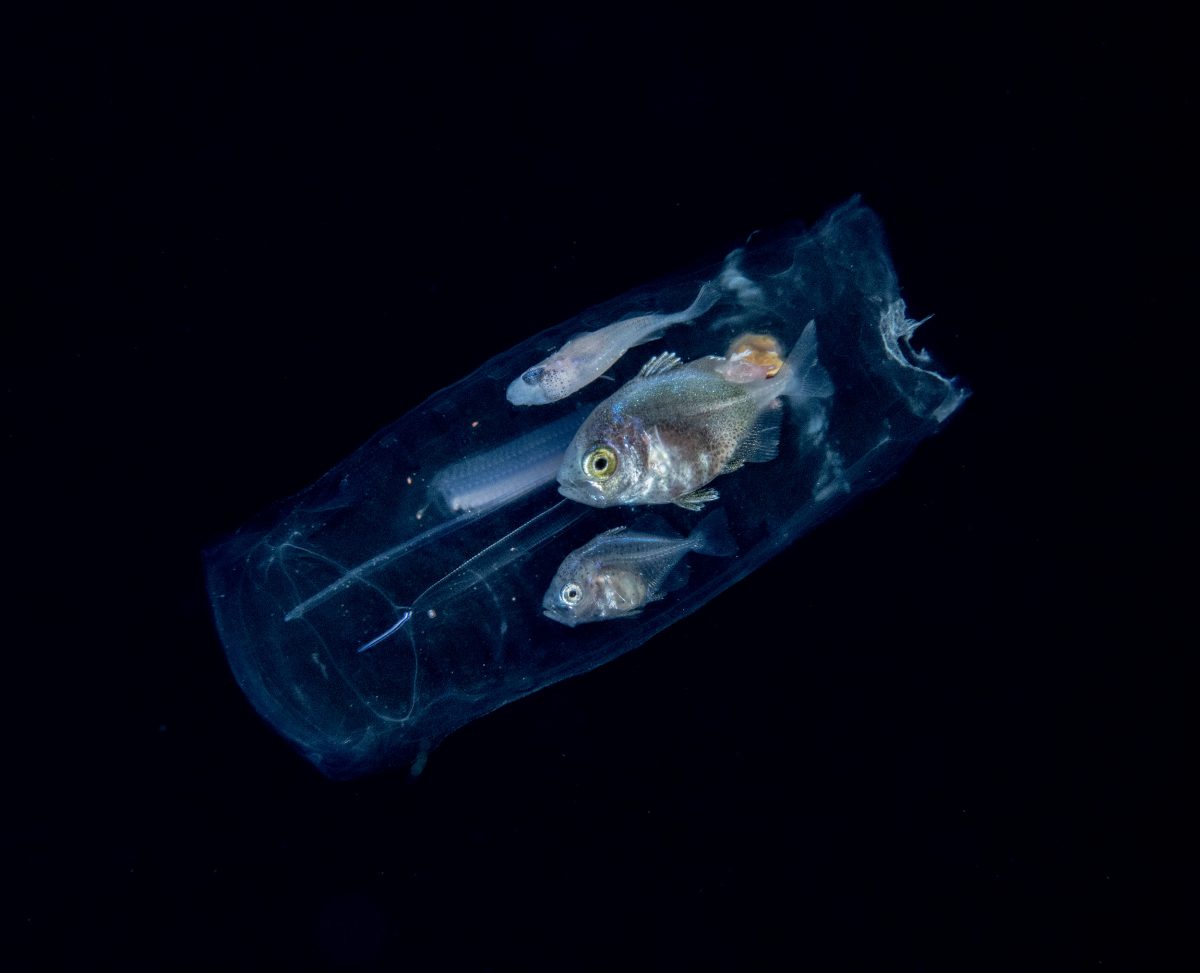 This image is excerpted from Michael Patrick O’Neill’s latest book, Meet Me Underwater.

It’s a fish-eat-fish world in the Gulf Stream late at night near the Palm Beach, Florida, coastline. For tiny fish, already on the bottom of the ocean’s pecking order, the danger increases exponentially with nightfall, when predators such as anglerfish, squid, and crabs can strike without warning.

To avoid turning into midnight munchies, small fish, often no bigger than pocket change, employ a frequently observed and clever strategy of swimming inside a salp, a type of barrel-shaped, gelatinous marine animal.

The most common species ride-sharing in salps are driftfish and jacks. While driftfish remain relatively small, jacks can eventually grow to more than a meter long and 20 kilograms. They become formidable hunters as adults, but when they’re young, predators gobble them like peanuts.

Though salps don’t conceal the hitchhikers, their thin membranes can be enough to thwart attackers. The fish don’t seem to mind sharing their sanctuary with one another: in this image, three diminutive jacks pack inside a salp the size of a spice jar.